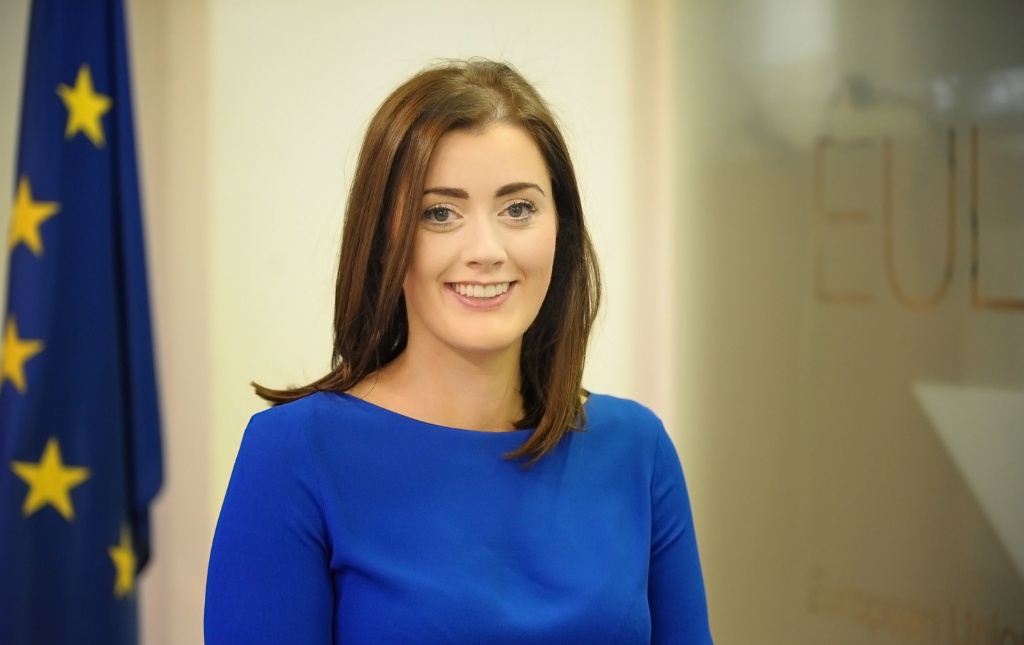 Strolling through the Kerry beach in the South West of Ireland overlooking the Atlantic Ocean, two years ago Cathy Houlihan reflected on her next career goal. She wanted something different with a change of pace that would allow her to grow professionally and personally. With 12 years of policing experience and working as a Detective, Cathy applied for a position with EULEX. Soon after she was selected for the position of an Internal Investigations Officer in the Mission, and travelled to Kosovo leaving behind the infinite horizon of ocean and sky.

âHaving spent all my working life in Ireland, I wanted a new challengeâsomething different and diverse from investigating serious crimes. I always had a keen interest in the Balkans particularly Kosovo,â she continues, âThis played a huge role in my decision to come here.â

EULEX is the largest Common Security and Defence Policy (CSDP) Mission but also the only mission to have an Internal Investigations Unit. The Unit, where Cathy works, is attached to the Office of the Head of Mission. Itâs primarily role consists of investigating alleged breaches of discipline by mission members. Cathy ensures that every new member to the mission is fully briefed and aware of the Code of Conduct upon arrival.

Her journey to Kosovo is unique. Houlihan comes from a family of police officers, which makes her a natural Detective with ambitionâperhaps due to the years of questioning from her father, a former detective, and motivating from her uncle, a current police officer in Ireland. With approximately over a quarter of the Irish police force serving as women, Cathy Houlihan was determined to contribute to the police force.

âMen and women work side by side in my team. We all support each other in our everyday activities. The top police officer in my country is a woman. This is very encouraging for women in the forceâ, says Cathy.

Having completed a Bachelorâs Degree in Social Studies and Social Care, Cathy was immediately accepted into the mandatory two year police academy.

Speaking about her professional background, she says: âI thoroughly enjoy my work because it consists of many diverse activities. In the beginning like all police officers in Ireland, I was patrolling the streets but then I progressed into criminal investigation. I am an investigator of serious crimes including murders, manslaughters, serious assaults, robberies, burglaries, drug trafficking, sexual assaults amongst other crimes. I love the action and I am passionate about being an important component in the chain of justiceâ

Contrary to what people may think, she confesses the adrenaline rush does not come from high-speed car chases, for instance, but rather putting the criminal case together. âItâs like figuring out a puzzle. I listen to all sides then piece everything together through interviews and investigations,â she says with enthusiasm. Her work is most rewarding when justice is served. At EULEX, her investigations are quite different as disciplinary procedures are more paper based.

Houlihan is capable of striking the perfect balance between work and personal life at EULEX. âHere in Kosovo I have been fortunate to make some amazing and lifelong friends who I know I will meet again in the near future.â

For the first time, Cathy has been able to travel during her weekends and live beyond the Irish coastline where she stood two years ago. Her favourite place to explore in Kosovo is Prizren, a beautiful picturesque town with the river flowing through the centre, just like Cork City in Ireland where she normally resides.  She stated Kosovo has so much to offer in terms of scenery, âyou just have to know where to look.  I enjoy visiting Brezovica during winter as Ireland does not have a ski resort.  Mirusha waterfalls are also beautiful and peacefulâ.

With a group of EULEX friends, Cathy also took short breaks abroad. âOne of most memorable experiences for me was overlooking Cappadociaâs âfairy chimneysâ cone shaped rocks set against a bright blue sky from a hot air balloon in Turkey. I still remember the silence that accompanied the viewâ, Cathy points out.

Although she misses home, she says, âI have had friends and family visit me here to see, experience, and learn about the Kosovo culture and beautiful lifestyle.â She also serves as the Deputy Irish Contingent in Kosovo, so home is never too far away.

âWe are quite a small contingent made up of seven people but we are quite popular in the Mission. I guess it is due to our delicious Irish coffee and popular Paddyâs parties that give the impression that we are a much larger team. We have on occasions painted the Mission greenâ, she says.

Cathy is not just work and travel. During her time in Kosovo, she has also managed to complete an additional degree in Criminology and Criminal Psychology and several other courses which will help advance her career.

While her stay in Kosovo is brief, the memories, friendships, and personal growth will remain forever. When Cathy returns to Ireland, she will continue to solve the mysteries of serious crimes. âI look most forward to the beach, family, friends, and most importantly my enriching career as a detective and finding justice for victims,â she states.