Protecting Kosovoâs Constitution is an Enormous... 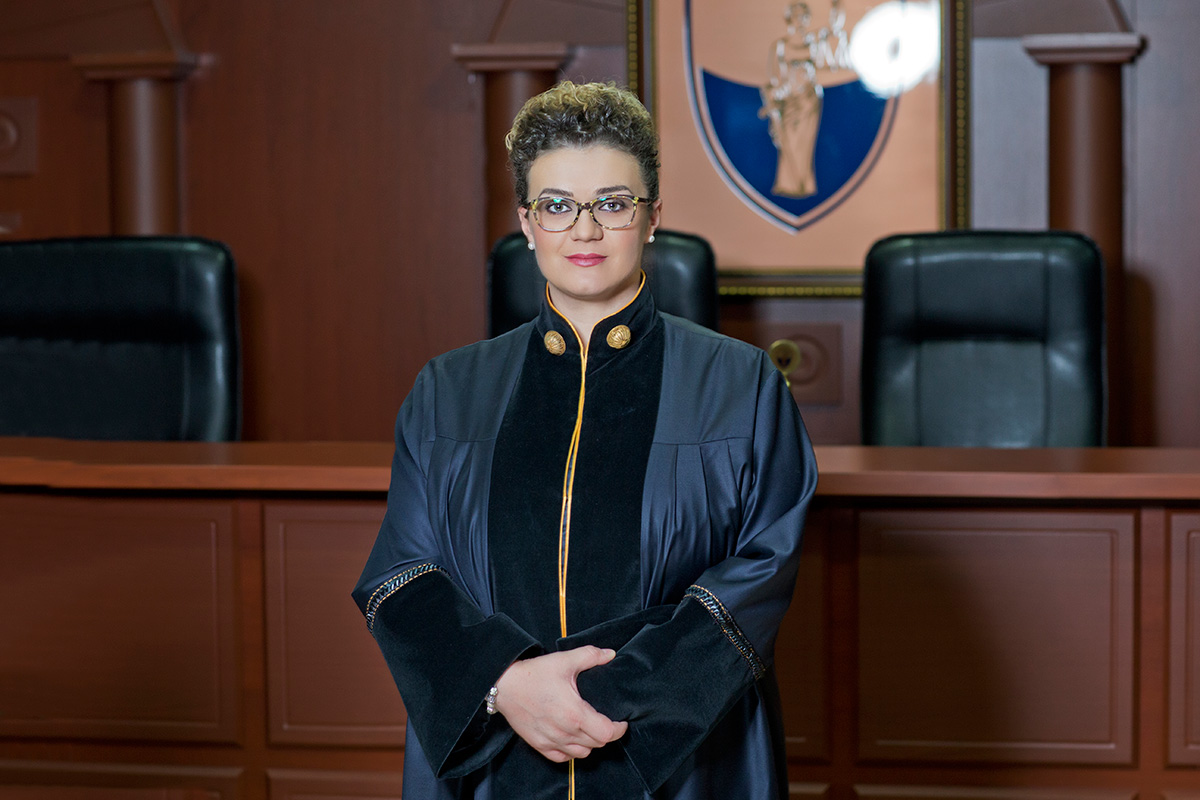 âThe Constitution doesnât guarantee happiness, only the pursuit of it. You have to catch up with it yourselfâ, said Benjamin Franklin, one of the Americaâs leading forefathers. Arta Rama-Hajrizi, President of Kosovoâs Constitutional Court has given, through her own example, another meaning to the famous quote.

To her, the Constitution is actually a form of happiness, passion and commitment â a pursuit to which she devoted her entire career and large portion of her life. As a child, she felt the zest to study either medicine or human rights. However, Rama-Hajriziâs choice changed as a result of the conflict in Kosovo in the nineties. Her resolution to fight to preserve a life transformed into a passion to protect it through the rule of law, adherence to human rights and equality.

âMy personal driving force is a combination of my studies and years of experience of working abroad.  From my professional and cultural prospective I support Kosovoâs liberal spirits, in particular its young people eager to see their country being part of the European Union.  My motivation increases when I see ordinary peopleâs growing awareness of their constitutional rights and obligations. This is the basis of our democracy and the main driver of economic growth in our countryâ, points out, Ms Rama-Hajrizi.

It was a stepping stone for Ms Rama-Hajriziâs career when she represented Kosovo in 2014 at the Venice Commission, an advisory body of the Council of Europe, composed of independent experts in the field of constitutional law.

Another significant experience and opportunity that paved Artaâs way to the top of the Constitutional Court was her four yearsâ experience as the first Consul General of the Republic of Kosovo to New York.

âAfter four wonderful years in New York, I was ready and willing to return to my profession.  I was appointed a Judge at the Constitutional Court of Kosovo. Climbing up the ladder to become the President of the Court was a result of true commitment, hard work, respect and trust that Iâve earned among my fellow Judges during the first three years of work as a Judgeâ, says Rama-Hajrizi.

In a world where womenâs voices are growing stronger every day, where feminism is no longer an unknown and misunderstood term, the stakes are high when you are on the top of the rule of law ladder like Ms Rama-Hajrizi.

âThe secret behind any success is hard work, commitment, professionalism and being ready to make necessary changes through transparent and open  cooperation with colleaguesâ, says the President of Kosovoâs Constitutional Court.

According to Ms Rama-Hajrizi, the practice throughout the world and not only within the legal profession is that female professionals have to reach higher standards compared to men and commit more to work in order to eliminate prejudices. In this regard, Ms. Rama-Hajrizi makes sure that the Constitutional Court is one of the few institutions in the country where more than half of its employees are women.

âIn my caseâ, says Ms Rama-Hajrizi, âit was my daily work and commitment that convinced my peer Judges to elect me as their President. By being a colleague of Judges who gave oath to apply the highest international human right standards enshrined in our Constitution, including equal treatment of individuals, gives me another reason to be proud of my achievementâ.

She has always encouraged and inspired her female colleagues at the Court and at the University. âI told them to never stop promoting their rights nor to give up pursuing their ambitions, careers and dreamsâ, says Rama-Hajrizi. She believes that the female emancipation is the stronghold and the basis of any democratic society.

Pursuing her fruitful career path, Ms Rama-Hajrizi found that the experience always shapes the way to the future. In her case, the professional and educational experience in America had a profound influence and opened doors to a whole new concept of understanding the law and different legal systems.

Part of the challenge is to compare, analyse and apply not only experience but also education in a country with a completely different legal system. According to Ms Rama-Hajrizi the best thing about the legal system is the fact that no matter how different the structures are in place, the main principles stay the same.

âThe ability to adapt to changes is key to being capable to live and work in different countries and continentsâ, she explains.

Taking into account that the Constitutional Court is the final authority for the interpretation of the Constitution, Ms Rama-Hajriziâs job comes with a tremendous amount of responsibility.

The work of her institution is vast and complex, but to Rama-Hajrizi the best jurisprudence of the Court âcomes from the individual referrals whereby through the Court decisions we make sure that for each and every citizen, without any distinction, the rights and liberties foreseen by our Constitution are guaranteed.â

Away from the public eye, Ms Rama-Hajrizi is a wife and mother of two boys, Lir and Jon who give her all the love and extra positive energy that she needs after a long day.

When asked if it was more challenging to be a mother or a President of the Constitutional Court, Rama-Hajrizi responds:   âFinding a way to enjoy both is sometimes harder than working on most complicated cases at the Court. But this is the beauty of being a mother.â The Rama-Hajrizi family reserves the weekends for more sleep, family breakfasts and walks in the nature.

Besides loving football, she is very passionate about preparing food for her family. Her famous dishes often bring her loved ones together.