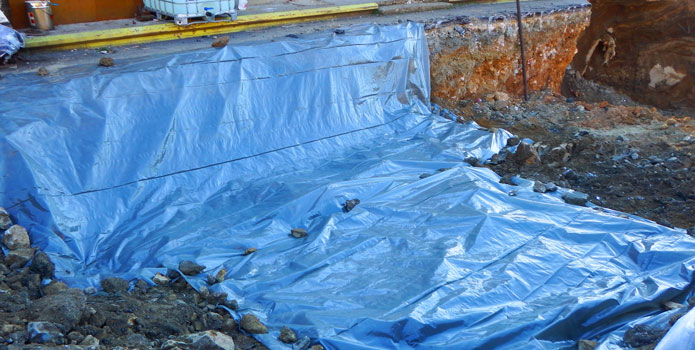 The discovery of the mass grave at Rudnica, Raska, is the result of many months of intensive preparatory work, which included extensive analysis, site inspections and numerous coordination meetings with Serbian and Kosovar authorities. Effective cooperation between the Serbian War Crimes Prosecutor and EULEX DFM and the EULEX War Crimes Investigation Unit ensured that the assessment was conducted properly.

During last-weeks site assessment, a hole in the ground of 16 meters in diameter and 5.2 meters in depth was excavated before the grave was found. This legally dictates that responsibility for the case will be transferred from the prosecutor to an investigative judge.

"So far we know that the remains of at least 4 victims are buried there. The excavation stopped as soon as we found human remains. The site has been secured and now we need to wait an exhumation order from the court before we can further proceed with this location", said Alan Robinson, EULEX Co-Head of the Department of Forensic Medicine.

Robinson said that at this stage there is simply no way of knowing how many individuals are buried in Rudnice. "I'm aware of the speculative numbers going around, but I strongly urge caution and restraint regarding this issue", said Robinson. "The number could be high, but it could also be lower than most people expect, however the total number of victims can only be determined once the full forensic work is concluded", he added.

According to Robinson the hard work is only just beginning and detailed preparations must be made, including for the destruction of an entire building at the site. Exploratory excavations will be conducted around the area under the building and beyond. In order not to rule out at this stage if there is a second grave or not, the team will continue the excavations and examine the area completely.

EULEX DFM will keep the families informed of progress on a regular basis. The heads of family associations in Kosovo will soon be invited to a briefing where details about this field operation will be presented.