The European Union Rule of Law Mission in Kosovo (EULEX) was launched in 2008 as the largest civilian mission under the Common Security and Defence Policy of the European Union. EULEXâs overall mission is to support relevant rule of law institutions in Kosovo on their path towards increased effectiveness, sustainability, multi-ethnicity and accountability, free from political interference and in full compliance with international human rights standards and best European practices.

EULEXâs current mandate has been launched to cover the period until 14 June 2023 based on Council Decision CFSP 2021/904. Within its mandate, the Mission undertakes monitoring activities and has limited executive functions. EULEX continues to support the Specialist Chambers and Specialist Prosecutorâs Office in line with relevant Kosovo legislation.

The Mission works within the framework of UN Security Council Resolution 1244.

EULEX Kosovo implements its mandate through Monitoring and Operations Pillars.

The Monitoring Pillar monitors selected cases and trials in the Kosovo justice system. The Pillar focuses its monitoring activities on selected cases which were dealt with by EULEX under its previous mandate that ended in mid-June 2018 and were later handed over to the local judiciary as well as other cases that may affect Kosovoâs European path.

The Monitoring Pillar also supports the Kosovo Correctional Service in developing a consolidated and professional senior management team as well as sustainable capacities to counter undue interference and preferential treatment of inmates.

EULEX continues to provide technical support to the implementation of relevant agreements of the EU-facilitated Dialogue on normalisation of relations between Belgrade and Pristina.

Operational functions are undertaken by the Missionâs Operations Pillar which maintains a limited residual capability as a second security responder and provides continued support to Kosovo Policeâs crowd and riot control capability. EULEX also supports the Kosovo Police in the field of international police cooperation by facilitating the exchange of information between the Kosovo Police and Interpol, Europol or the Serbian Ministry of Interior. The Mission also assists the Specialist Chambers and Specialist Prosecutorâs Office with logistic and operational support in line with relevant Kosovo legislation. In addition, EULEX experts continue to work together with our local counterparts at the Institute of Forensic Medicine to determine the fate of missing persons by offering expertise and advice in the identification of potential clandestine graves and the exhumation and identification of victims from the Kosovo conflict. Last but not least, the Mission continues to manage its witness protection programme.

EULEX is fully dedicated to the inclusion of human rights as well as a gender perspective and gender-mainstreaming standards in all of its activities, both within the Mission and while working with Kosovo institutions. 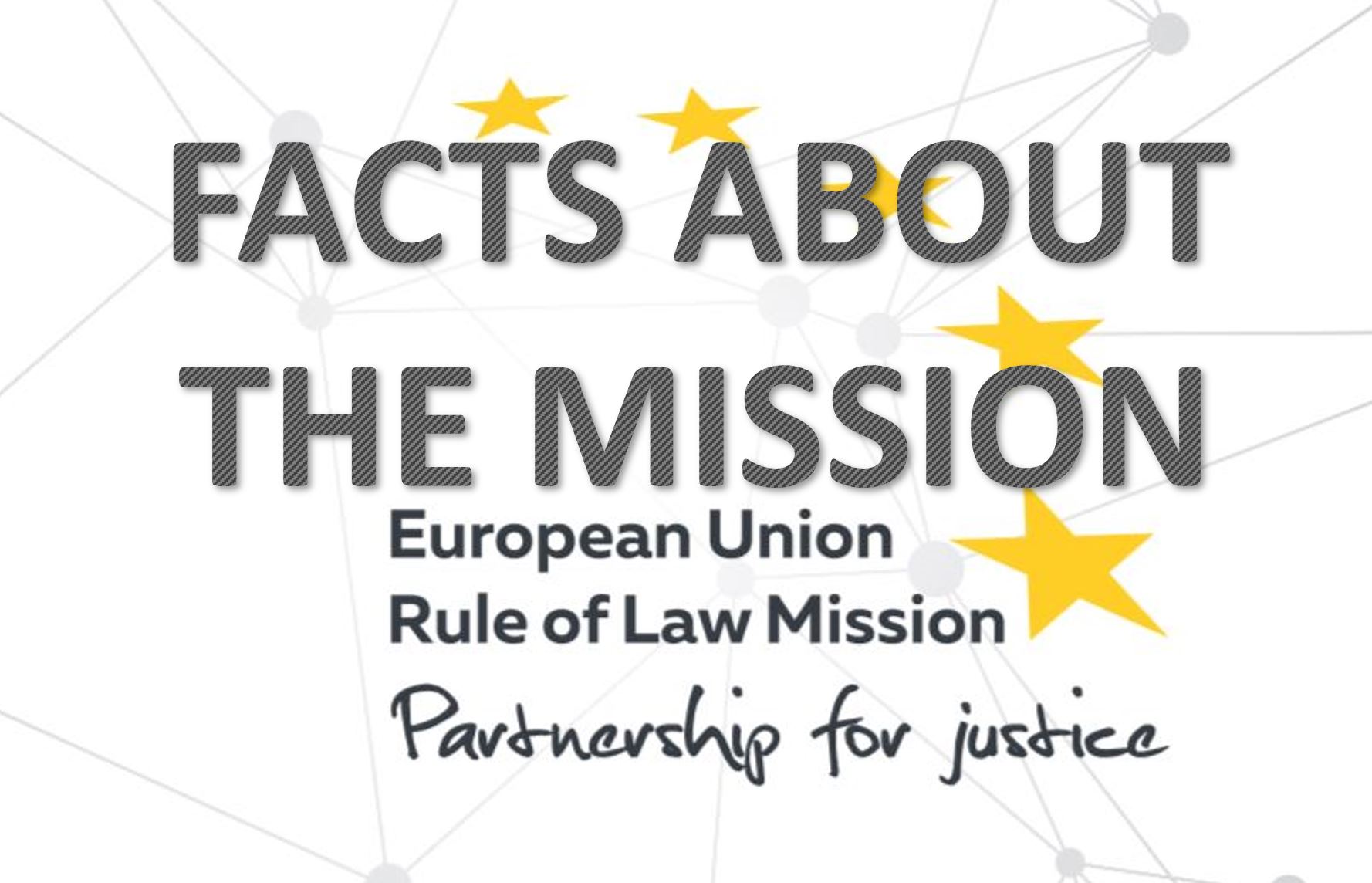