EULEX statement on incident at JarinjÃ«/Jarinje 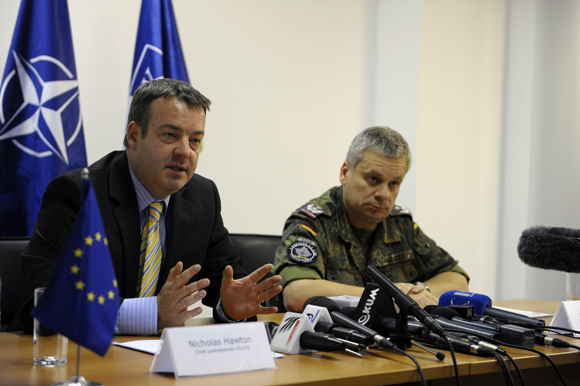 This morning, EULEX and KFOR carried out a joint operation to take control of an unauthorised crossing point close to Gate 1 JarinjÃ«/Jarinje. The initial phase of this operation passed off peacefully. Later, some individuals tried to break through the KFOR lines. Violence was shown towards KFOR soldiers who were trying to enforce controls over the illegal crossing point. A number of people including protestors and KFOR soldiers were injured.


âEULEX and KFOR are present at the Gates at JarinjÃ«/Jarinje and Bernjak/Brnjak in order to enforce the rule of law. Violence against KFOR or EULEX is not acceptable. It is important that everyone shows restraint and acts responsibly,â said Nicholas Hawton, Chief Spokesperson for EULEX, adding that EULEX is assessing the circumstances of the violence with a view to launching an investigation into what happened.

Earlier today, the EU has expressed its full support for the efforts of KFOR and EULEX to defuse the situation. The EU has also called for the immediate removal of barricades as they restrict the freedom of movement.