First step in handover of the remains of 28... 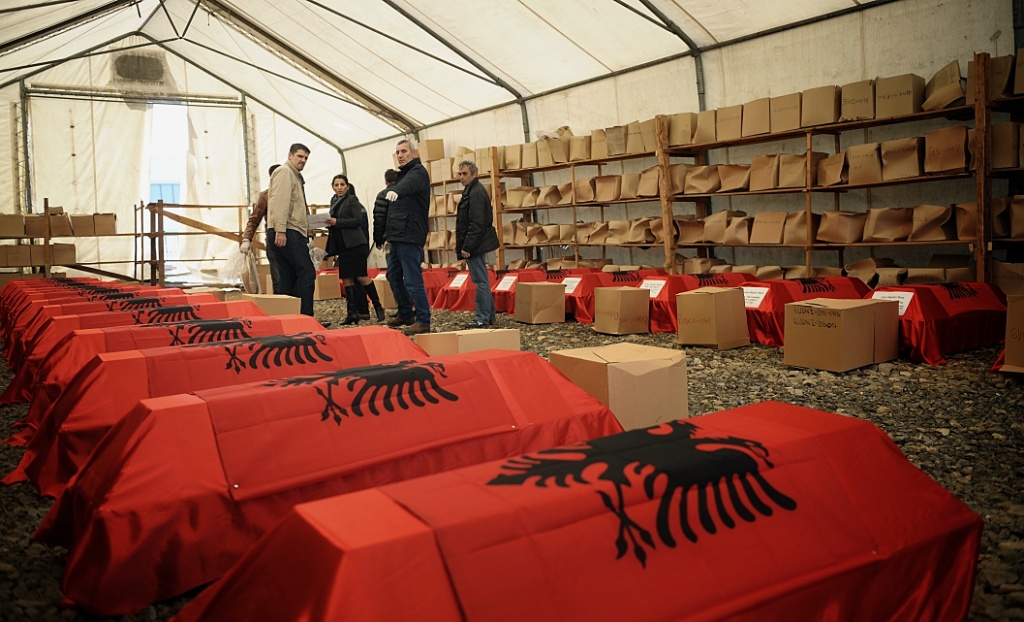 Today, the Department of Forensic Medicine (DFM) met with the families of 28 victims found in the mass grave at Rudnica, Raska last year. The DFM officially informed them about the identification of their relatives and handed over the relevant documents. The remains of the 28 victims will be buried in Rezalle/Rezala village, Skenderaj/Srbica municipality on the 5th of April.

In total, the remains of 54 individuals were recovered during the 2 (two) month excavations operation in Raska (from April to June, 2014). 53 identifications were made while one (1) individual still remains unidentified given that there is no DNA match. The remains of four (4) individuals were already handed over to their families on the 18th of September, 2014.

To date, the DFM has conducted 485 field operations, during which 398 individuals were recovered. The remains of 434 individuals were handed over to their families so far, of which 331 were listed as missing persons.