At 12th Handover since beginning of 2015, EULEX donates 37 vehicles to Kosovo Police 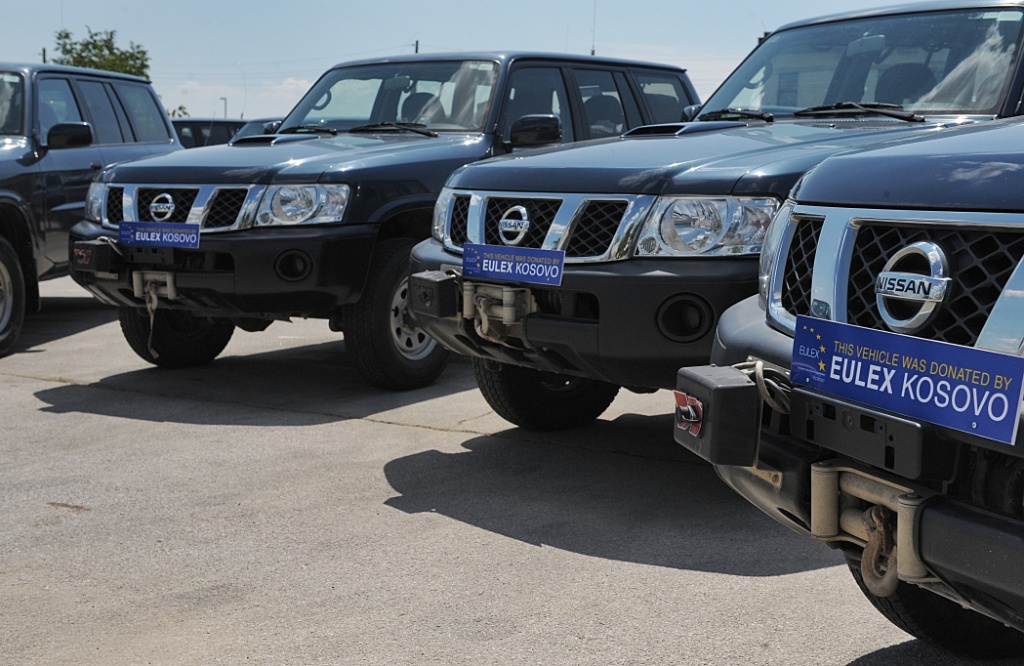 The handover ceremonies for the vehicles and other equipment to Kosovo Police were held in two different locations, the EULEX transport compound Pristina and EULEX Log Base Mitrovicë/Mitrovica.

“I’m pleased to be here today to provide these vehicles to Kosovo Police,” said Vachter and continued: “In the last several years, Kosovo Police has steadily improved and become a strong, capable police force that has earned the trust of Kosovo’s citizens. These donations are just another way of helping Kosovo Institutions to fulfill their tasks in providing public safety services to its population.”

The Director General of Kosovo Police, Shpend Maxhuni thanked EULEX for the continued support not only by the means of Mentoring, Monitoring and Advising, but also for various logistical contributions, “These vehicles will help the KP to improve the framework conditions for law and order throughout Kosovo,” said Maxhuni.

Under its current mandate, EULEX continuously assesses the needs of the Kosovo Rule of Law institutions and provides support not only through its Mentoring Monitoring and Advising function but also through donations of vehicles and other equipment in support of capacity-building initiatives and implementation of best practices.

In 12 installments since January 2015, EULEX has donated a total of 123 vehicles and other types of equipment to various rule-of-law institutions, such as Kosovo Customs, Correctional Services, Department of Forensic Medicine, Kosovo Judicial Council, Financial Intelligence Unit, Tax Administration and the Kosovo Prosecutorial Council.