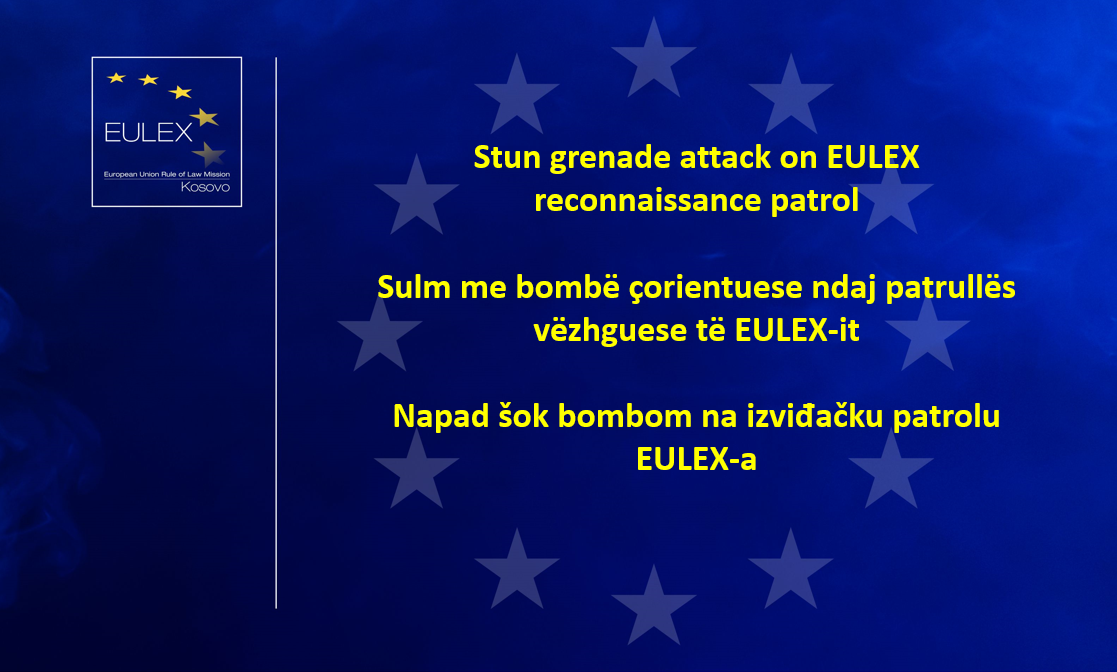 We confirm that a stun grenade was thrown at an EULEX reconnaissance patrol last night (10/12) near Rudare. No EULEX Formed Police Unit officer was injured, and no material damage was caused.

This attack, as well as the attacks on Kosovo Police officers, are unacceptable. We strongly condemn the violent acts perpetrated by armed persons in northern Kosovo, including against the international community.

EULEX will continue to work with determination to support the stability of Kosovo, within the confines of its mandate, and contribute to the security of its population from all communities.

We call on those responsible to refrain from more provocative actions and urge the Kosovo institutions to bring the perpetrators to justice.