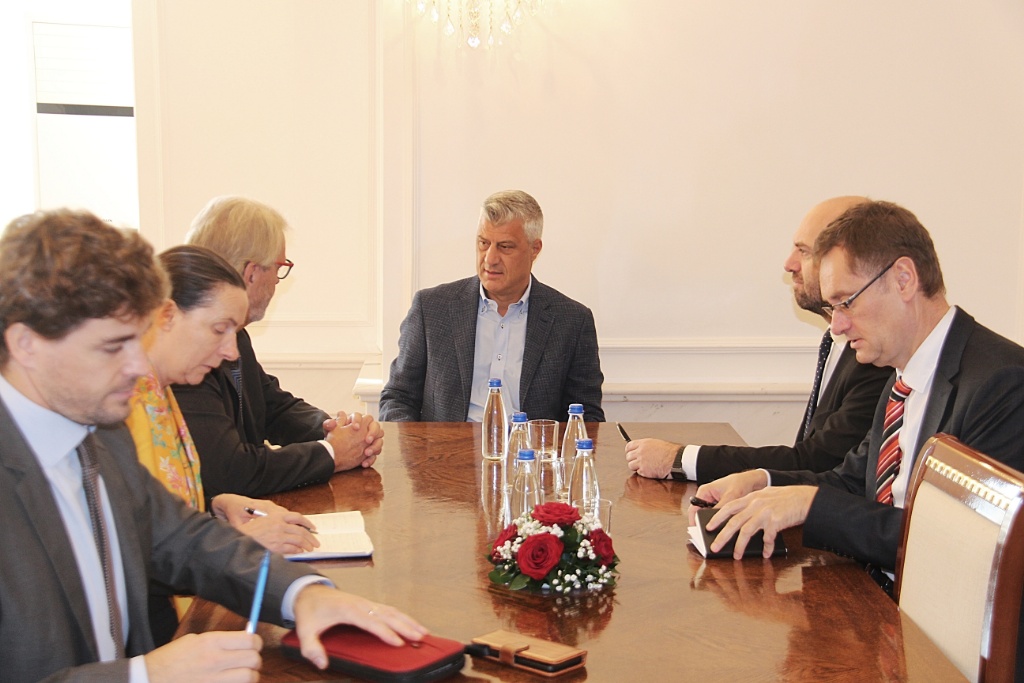 Today, the Acting Head of Mission, Bernd Thran was received by the Kosovo President, Hashim ThaÃ§i, for a farewell meeting prior to the end of Mission of Mr. Thran on 31 October.

President ThaÃ§i thanked Mr. Thran for his work in Kosovo to strengthen the rule of law during his time with EULEX, noting that his role had been highly appreciated, particularly in the Dialogue.

Mr. Thran also thanked President ThaÃ§i for the excellent and fruitful cooperation he had had with EULEX, adding that the results achieved by the Mission were results that were in fact achieved jointly with the local authorities over a number of years. 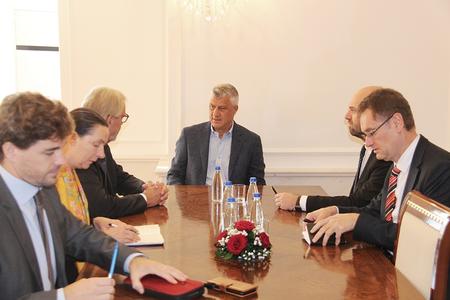 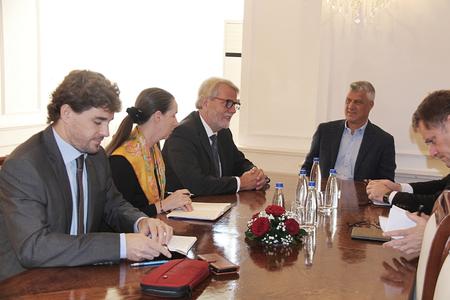