Setting the record straight: Head of EULEX Human Rights and Legal Office speaks for âBetimi pÃ«r DrejtÃ«siâ about the Missionâs past work on war crimes 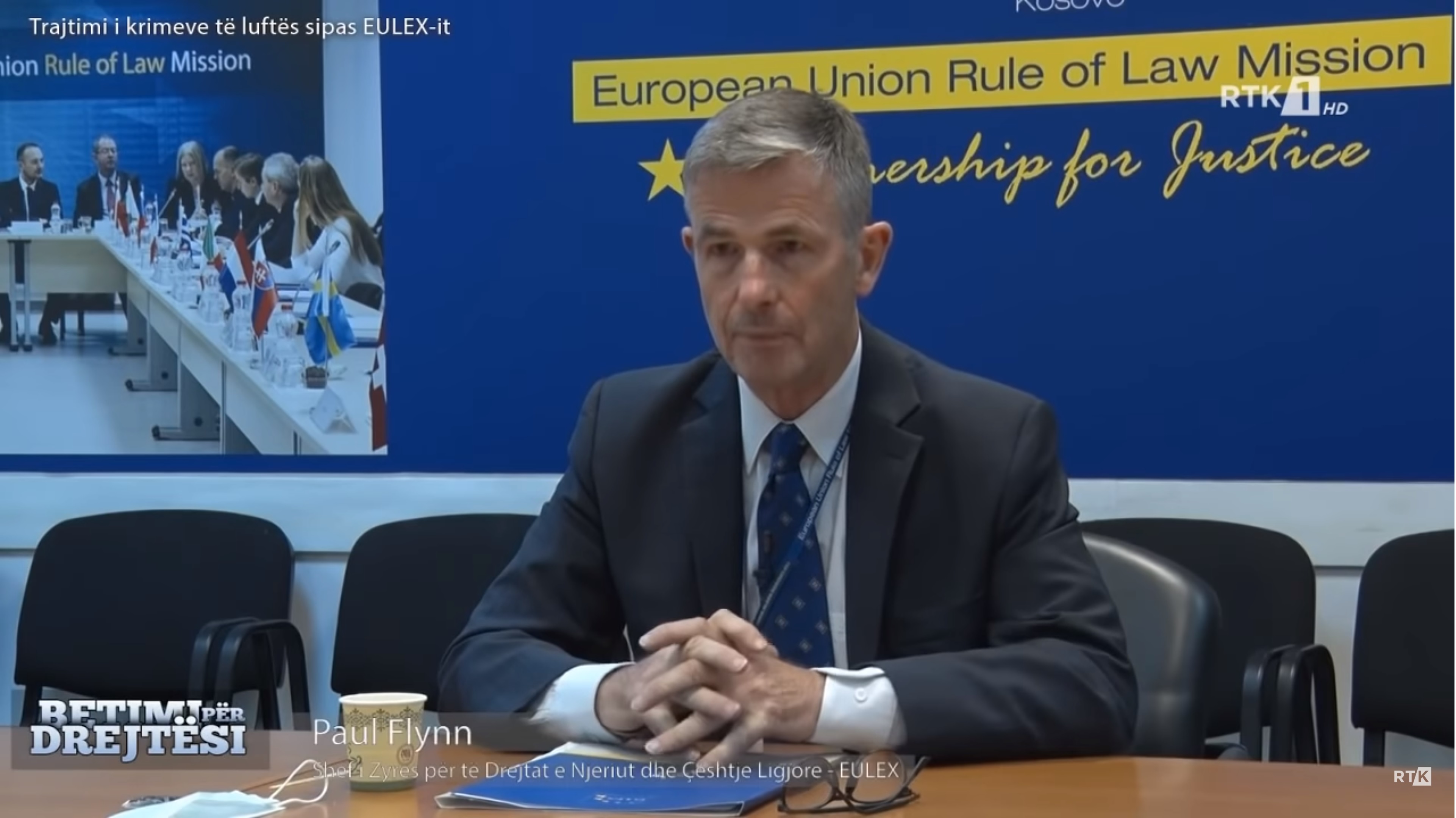 On 24 October, âBetimi pÃ«r DrejtÃ«siâ, a news programme broadcast by RTK with a special focus on rule of law issues, aired an interview with Paul Flynn, the Head of EULEXâs Human Rights and Legal Office.  The interview focused on how EULEX dealt with war crimes case files during its past executive mandate in the judiciary, which ended in June 2018.

In this insightful interview, Flynn explained the entire background of how war crimes case files were transferred from UNMIK to EULEX, the work done by EULEX prosecutors and judges, the challenges and obstacles EULEX prosecutors faced, the cooperation between EULEX staff and the local judicial counterparts, as well as the handover of case files from EULEX to the Kosovo authorities in the second half of 2018. Paul Flynn also presented statistical data of the cases that were prosecuted and adjudicated by EULEX with a focus on war crimes cases, and elaborated on how specific war crimes cases were handled by the Mission.

An interview that should not be missed.Watch it here: