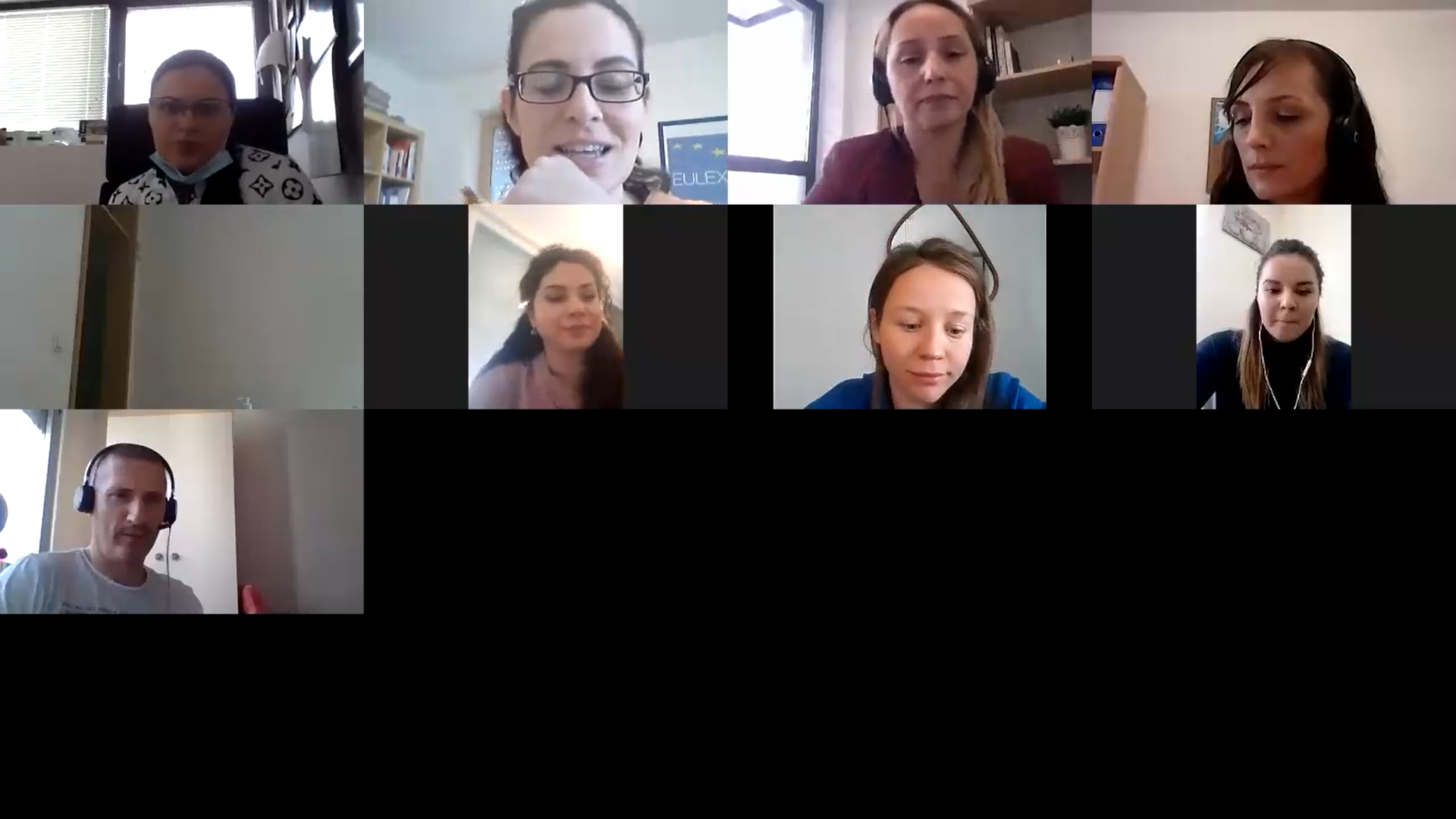 On 10 December, the EU Rule of Law Mission in Kosovo (EULEX) hosted the fifth and the last in a series of Women Empowerment Talks on the topic "Mental Health of victims of violence against women and children witnessing violence". Moderated by the EULEX Gender Advisor, Chiara Tagliani, the panel consisted of Djurdjica Kazic, psychologist at the Womenâs Rights NGO, and Luljeta Berisha, psychologist at the Kosovo Rehabilitation Centre for Torture Victims (KRCT). This discussion also included Katarina Mitic as a special guest, who shared her story as a survivor of domestic violence.

Violence against women can have lifelong implications not only for the physical health of the victims, but also for their mental health.  Regarding the services that deal with the mental health of domestic violence victims, Djurdjica Kazic, a psychologist at the Womenâs Rights NGO, said: âIf we go through the process of what the victims go through in a chronological order, it would look something like this: at first the victims donât receive support from the community, the community sees the victim as the cause of the violence. At the end of this pyramid, the service providers have patriarchal attitudes or they are not trained enough.  When we talk about the secondary victimisation or violence, most often we speak about those employed in institutions and service providers for victims. There we see violent behaviour such as inadequate tone of voice, talking to the victims as if they committed the violence etc, by the service providersâ representatives, which is direct institutional violence.â Kazic further explained that âthere needs to be a system in place which protects the victims from the perpetrators in order to protect them from further traumatization.â

Children are very often direct witnesses of domestic violence, which can have a long-term effect on their mental health. The Istanbul Convention also requires measures of protection, taking into account the relationship between the victim, the perpetrator, the children and the wider social environment. One of the protective measures for children foreseen in the Istanbul Convention is age-appropriate counselling services.

Are such measures taken in Kosovo and is the mental health of children who witness domestic violence properly addressed?

Luljeta Berisha, a psychologist at KRCT, emphasized that there are certain public institutions which include psychiatrists for children and teenagers, as well as various Kosovo and international organizations that provide support for children. However, according to Berisha, the problem is not in the existence of these services but rather in the access of these type of services by the victims.

âIf children witness any form of violence, they have to be treated as well if we want them not to carry the trauma, which in most cases results in depression. Another very important issue which is being overlooked is the impact that witnessing violence can have on children. We should be aware that such violence, whether it is direct or indirect, damages children and at least one dimension of their development, âconcluded Berisha.

But, how are things from a victimâs perspective? Katarina Mitic, a survivor of domestic violence, shared her story on how she pulled through and managed to survive. After not timely receiving help from insitutions that deal with such cases, Katarina got guidance by the Executive Director of the Womenâs Rights NGO on what steps to undertake and whom to contact as a victim of domestic violence. âEven now that my husband is serving his three-year sentence in prison, I do not feel safe about what is going to happen to me after he is released. The only adequate support I received until now was from the NGO Womenâs Rights and psychologists wo gave me emotional support.â

The panelists agreed that Katarinaâs story should serve as an example of what victims of gender-based and domestic violence go through, how these cases should be addressed, and how each case is different and should be treated as such.

The âWomen Empowerment Talksâ are part of EULEXâs activities to mark the 20th anniversary of the UN Security Council Resolution 1325 and the 16 Days of Activism against Gender-Based Violence campaign.