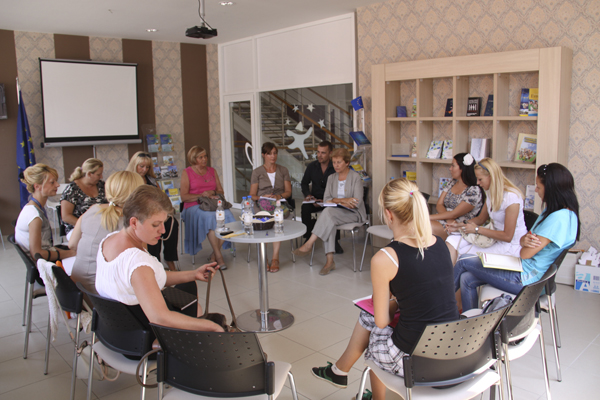 Women from nine NGOs in north Mitrovica yesterday met Brigitte Holzner, EULEX Gender Advisor and Karin Marmsoler, Policy Advisor for Rule of Law at the EU Office in Kosovo. The main topics of discussion, at the meeting held at the EU Info Point in Mitrovica north, were womenâs concerns and the understanding of security and rule of law in the north and in general.

The NGOs that were present focus mainly on human rights, education, prevention of violence against women and children, womenâs health, business development, gender-related concerns of minorities, and persons with disabilities.

During the meeting, participants emphasized the pressing need for a Safe House for women who have suffered from domestic violence. Participants pointed out that such a Safe House should also provide legal and psychosocial counseling. In addition, this would help in creating employment opportunities and financial independence for women coming from abusive relationships.

Furthermore, the NGO representatives highlighted the importance for a Mobile Team to be created in order to reach women in rural areas and inform them about their rights.

Participants also discussed perceptions of the Rule of Law, democratic principles of a well-organised society, issues related to a functioning judiciary, a population well-informed about their rights in national and international law, transparent governance and free media.

An important recommendation from the NGO participants was that more visible international and EU presence would increase citizenâs trust in the rule of law.