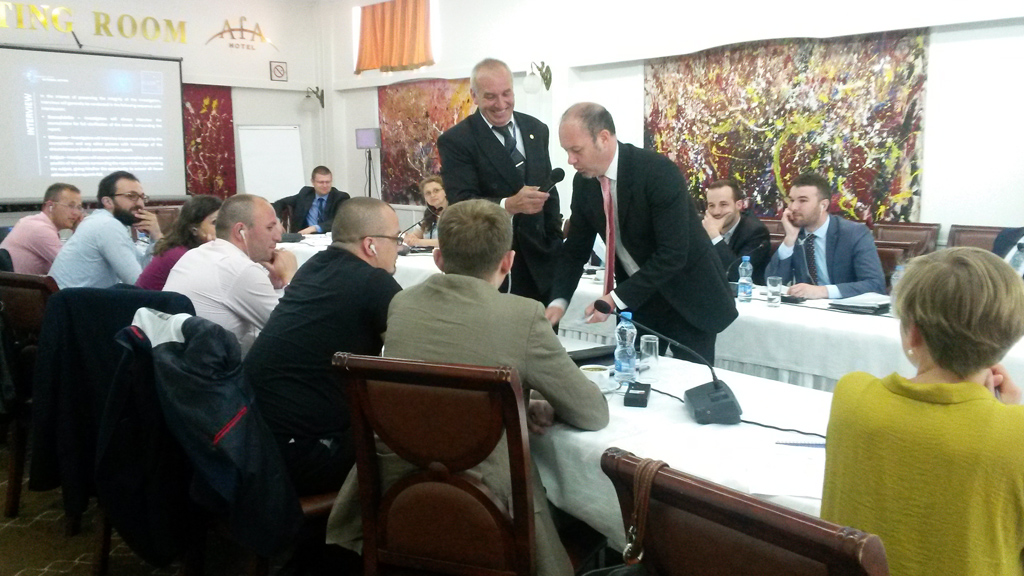 The workshop was held for ACA’s staff as a part of a wider project initiated by EULEX Anti-Corruption Team, implemented by OCIU. The project, which will last for several months will equip the participants with the necessary skills to collect evidence for the prosecution process.

The interactive workshop enabled the investigators to exchange best practices, share experiences and focus on investigative techniques such as interviewing skills and writing reports.

This is the second workshop in the continuing collaboration between EULEX and the Agency to develop local capacity and create sustainable partnerships in tackling corruption.

ACA investigators welcomed the framework of the workshop as they were able to learn about EULEX OCIU techniques as well as previous models. An added value of the workshop was the joint collaboration between EULEX and ACA colleagues.

“Over the upcoming six months we will invite ACA officers to join us during live interviews. Upon completion, we will summarise what they have learned and what have we achieved together.  As a result, we will be able to assess how they have improved their skills, particularly in writing reports and leading prosecutions, “ Alan Edwards explains.

The final objective of the project is to build the ACA’s capacity to investigate corruption crimes once the EULEX Organised Crime Investigation Unit departs. According to Edwards, the aim is to leave behind a strong team of investigators capable of dealing with complex issues in this area.