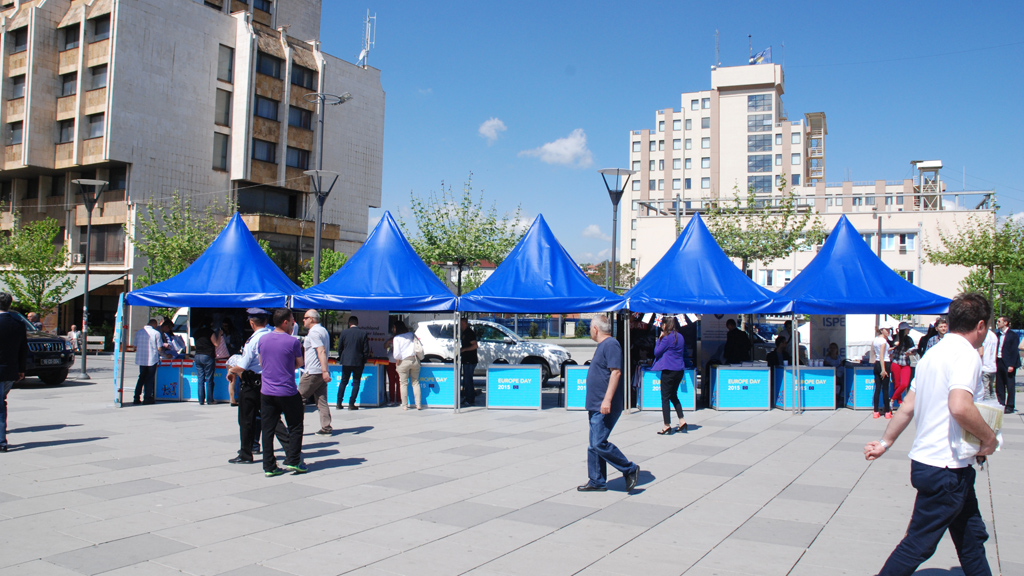 EULEX staff participated in various activities organised by the EU and Kosovo institutions in order to mark the Europe Day in Pristina.

EULEX staff attended the events, handing out the information material and discussing the work of the EU and EULEX with visitors.

EULEX will also be present in Brussels, where the Press and Public Information's team will attend the Open Day events on 09 May. There they will, together with colleagues from different EU missions, explain the EU's efforts to achieve peace and stability.

2015 celebrates the sixty fifth anniversary of the Schuman Declaration, when the first step was made towards the creation of what is now known as the European Union. To this day, 09 May is also known as Europe Day, commemorating the annual celebration of peace and unity in Europe.