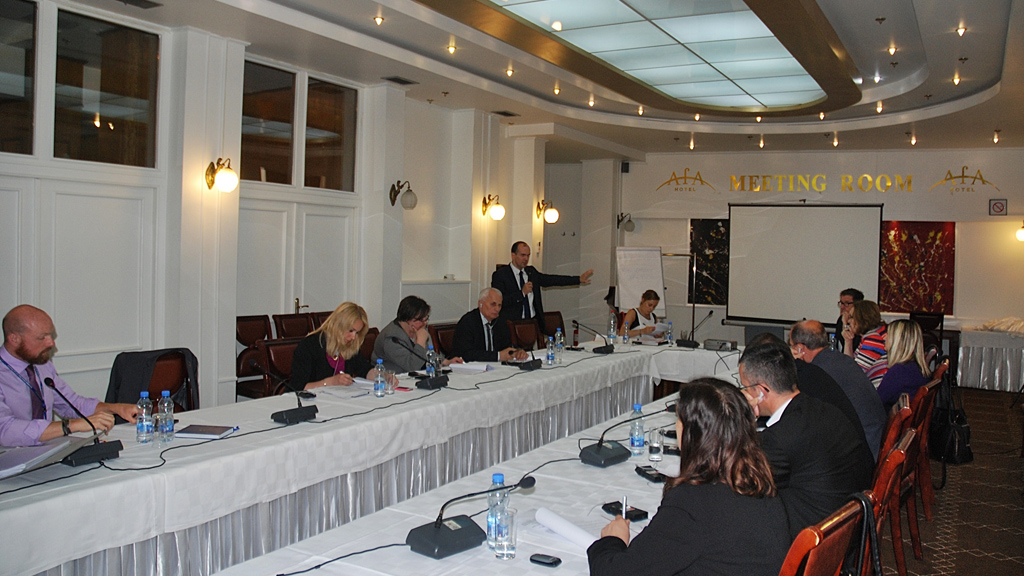 The workshop enabled EULEX staff members to exchange best practices with SPRK prosecutors and their staff, as well as demonstrate practical and theoretical experience on how to conduct witness interviews and extract credible statements.

‘”Very often we do not have any other pieces of evidence when it comes to war crimes. We only have people who witnessed the given events and our work is to get reliable statement from them. During the workshop the interactive session was held on interview techniques and challenges in dealing with witnesses, particularly those who may embroider their story or do not remember the order of events,” Michalczuk explains.

The practical part of the workshop involved a mock investigation session where a local prosecutor and his legal officer from SPRK interviewed a war victim. It was followed by a discussion amongst the participants on the stronger and weaker elements of the investigation. In addition, the particularities of the Witness Protection Programme were debated and ideas were put forth on how and when it could be used in war crimes cases.

The main objective of this and similar workshops that are planned to be organised in the weeks to come, is to strengthen the capacity of the local prosecutors and investigators to deal with war crimes cases. This is of particular relevance as they have little experience in the field and it makes these interactive and practical training sessions exceptionally needed. Moreover, it is also of added value given that a specially designed Kosovo war crimes prosecution unit within the Special Prosecution Office is scheduled to be established in the near feature.  “We are trying to focus on what the local prosecutors need. They have theoretical knowledge and we are simply trying to build their operational capacity” concludes Michalczuk.