EULEX and local authorities stepping up the pace 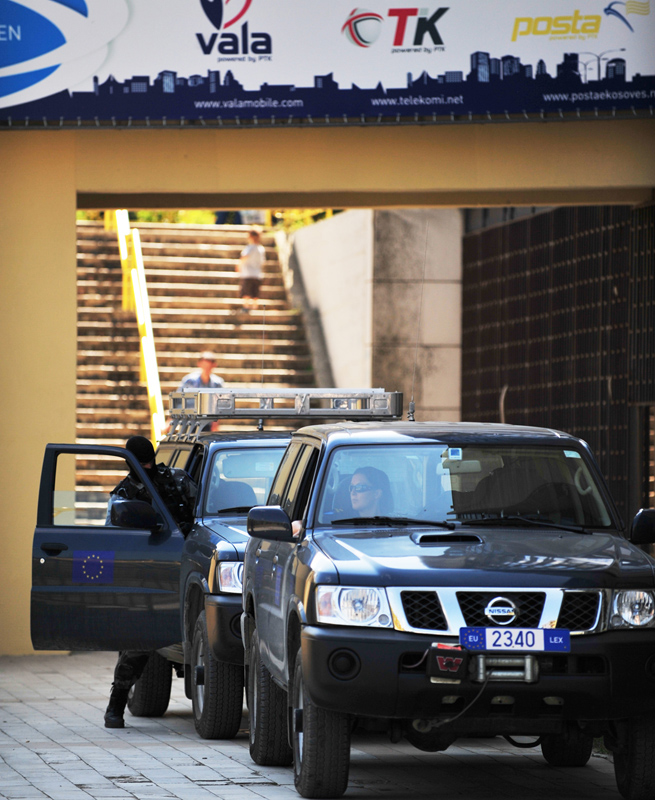 In the past three weeks EULEX has used its executive powers in the areas of corruption, organized crime and war crimes. Both the EULEX judges and prosecutors and EULEX police have been variously involved in searches, investigations, arrests and convictions.

Suspects involved in graft have included the Governor of the Central Bank of Kosovo, the PTK director, an ex Permanent Secretary from the Ministry of Health, a former Pristina District Court judge, an IT administrator in the Kosovo Government while an ex KLA leader has been arrested suspected of war crimes. EULEXâs actions in this regard demonstrate an important aspect of the rule of the law, namely that no individual, regardless of his status, is beyond the reach of the law.

The arrest of the Central Bank Governor regarding an investigation into alleged abuse of his official position, accepting bribes, tax evasion, trading influence and money laundering on 23 July received a lot of attention. KP officers from the SPRK Anti-Corruption Task Force carried out seven searches -- authorized by a EULEX pre-trial judge from the Pristina District Court -- at the private residences of four suspects, including the governorâs. In a further development, on 29 July the Special Prosecutorâs Office added additional charges of âabusing his official positionâ and âreceiving bribes over the issuance of operating licenses to insurance companies from 2006 to 2008. This case is a good example of the local authorities taking up more responsibilities in a high level case, monitored, mentored and advised by EULEX colleagues.

A similar case was that of the former Permanent Secretary at the Ministry of Health and current advisor at the latter institution, who was arrested on 13 July in connection with a criminal investigation into tax evasion. The defendant was subsequently released on Euros 50,000 bail set at the order of a pre-trial judge at the Pristina District Court. To date searches at three locations in Pristina, including at an office of the University Clinic of Pristina, have been carried out.

In mid July the PTK HQ was the target of similar searches at 8 locations â 3 in Pristina, 5 in Peja -- by dozens of EULEX investigators and police, together with the KP Anti-Corruption Task Force. The searches, which included the home of PTK director, related to investigations into two multi-million contracts between PTK and and Dardafon Mobile over telecommunication licenses.

While these investigations were at their initial phases, a mixed panel of judges, including a EULEX judge, at the Prizren Municipal Court, convicted a former Pristina DC judge, to 4 years imprisonment and 10,000 Euros fine for accepting at least Euros 53,000 in bribes.

EULEX was also involved in three war crimes cases during this period, two in connection with the Bllaca case. On 28 July EULEX Police searched the residence of a former KLA commander suspected of war crimes. Similarly, on 13 July EULEX Executive Police Department arrested a man subsequently charged with war crimes committed in June 1999 in Lipjan municipality. In both cases EULEXâs actions were undertaken under SPRK supervision.

The third war crimes case was that of a Kosovo Serb male extradited from Norway on 13 July whom a EULEX pre-trial judge at the District Court in Peja ordered into 30-day detention. The accused is suspected of committing war crimes against civilians on 28 March 1999 in the Peja/Pec region.

On 29 July EULEX police, under the supervision of the SPRK arrested an IT administrator in the Kosovo Government charged with obstruction of evidence. This is the first arrest in connection to the investigation in Ministry of Transport and Telecommunication. 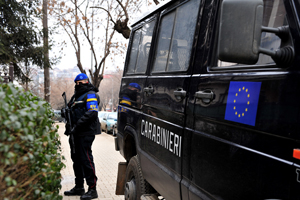