âTraining for the Front Lineâ 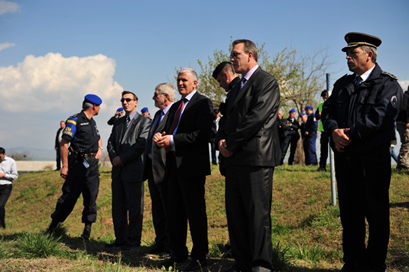 A French âFormed Police Unitâ under the command of Colonel Pierre Anteblian worked alongside the KPâs Regional Operation Support Unit (ROSU) by providing training on the use of tear gas guns, water canon and armoured vehicles. The aim of exercises like this is for the Kosovo Police to prepare for potential unrest. During any such situation, EULEX Special Police Units act as second responder after the KP.

The newly appointed Minister for Internal Affairs, Bajram Rexhepi and the EULEX Deputy Head Roy Reeve were present during the exercise. They both stressed the importance of good coordination between the two institutions in order to maintain safe and secure environment in Kosovo.