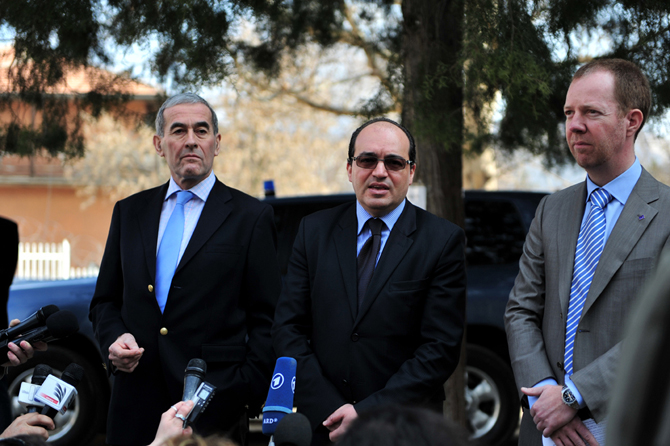 The EUâs Facilitator for the North, Italian Ambassador Michael Giffoni, Kjartan BjÃ¶rnsson from the European Commission Liaison Office and Yves de Kermabon, the Head of EULEX, made their comments at the recently-opened EU house in north Mitrovica.

Mr Giffoni, said all 27 EU Member States were committed to both Kosovoâs and Serbiaâs European perspective as part of the Western Balkans region and that included northern Kosovo.

âThe EU presences in Kosovo share the same values towards defined objectives in Kosovo: Â promoting stability, security and prosperity for the benefit of all people in Kosovo. One of the concrete achievements of this activity has been to facilitate the deployment of an effective presence of the EU in the north,â said Mr Giffoni.Â Â

Mr BjÃ¶rnsson said the European Commission had already been working throughout Kosovo, including the north, for many years.

âWe are committed to strenghten our involvement in northern Kosovo and thus contribute Â to its stabilisation. We want to make the overall EU integration agenda more tangible toÂ local stakeholders and support projects which will improve the quality of life. Just as anÂ example: we plan to build a health center in Zubin Potok, we want to work on the water Â purification for Leposavic " he said.