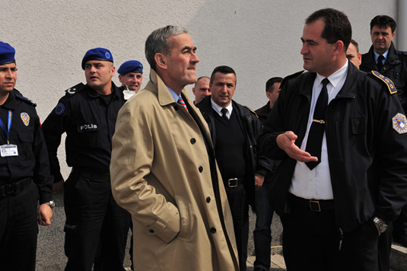 HoM continued his outreach efforts on 25 March by visiting SuharekÃ«/Suvareka where he met with Mayor Blerim Kuci and KP Commander Arsim Berisha. Commander Berisha told HoM that the biggest challenge the KP is facing in SuharekÃ«/Suvarekais of a technical nature. The fleet of police vehicles is in a bad state with only a minimum of the vehicles properly functioning. HoM promised that he would pass the message on to the Minister of Internal Affairs.

Traffic still constitutes a major problem for the city, but lately there has been a decrease in traffic related accidents. Probably due to the KP increasing controls and issuing an increasing number of tickets. Commander Berisha expressed gratefulness for the contribution by the four EULEX monitors presently working side by side with the local colleagues in the station and finished of by saying that âI consider the EULEX members as family members.â

Mayor Berisha informed HoM that the municipality and KP have discussed the possibility of building a ring road around the city in order to deal with the traffic problems inside of the city. Citizens have expressed a positive attitude to this initiative. The Mayor also showed HoM around in the civil registry office and the newly established Business Center. The municipality is working on establishing an industrial zone where furniture, pharmaceutical products and shoes will be produced. âIt is estimated that jobs for 800 people will be created in this industrial zoneâ said the Mayor. 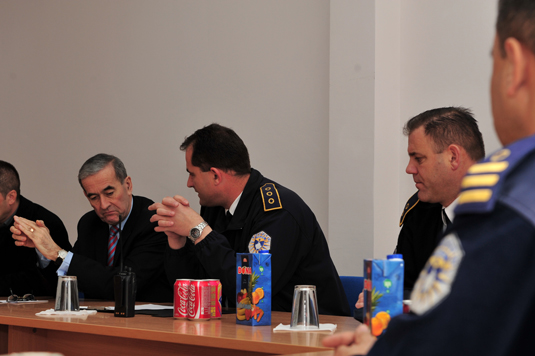 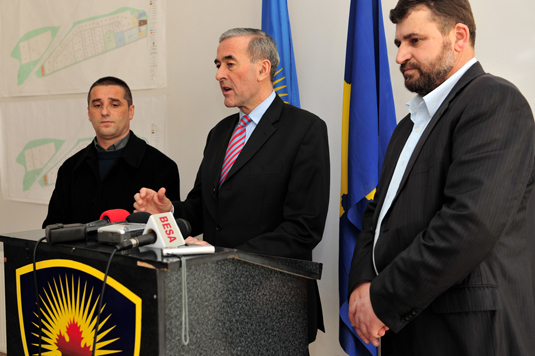 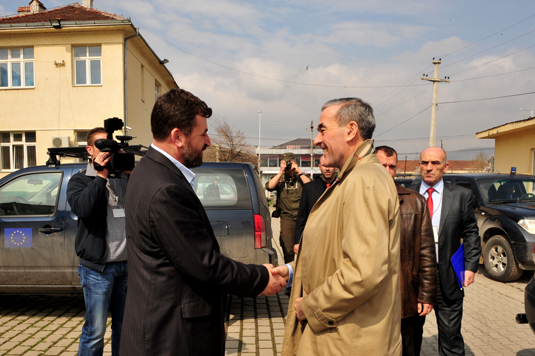