EULEX to open a new office in North Mitrovica 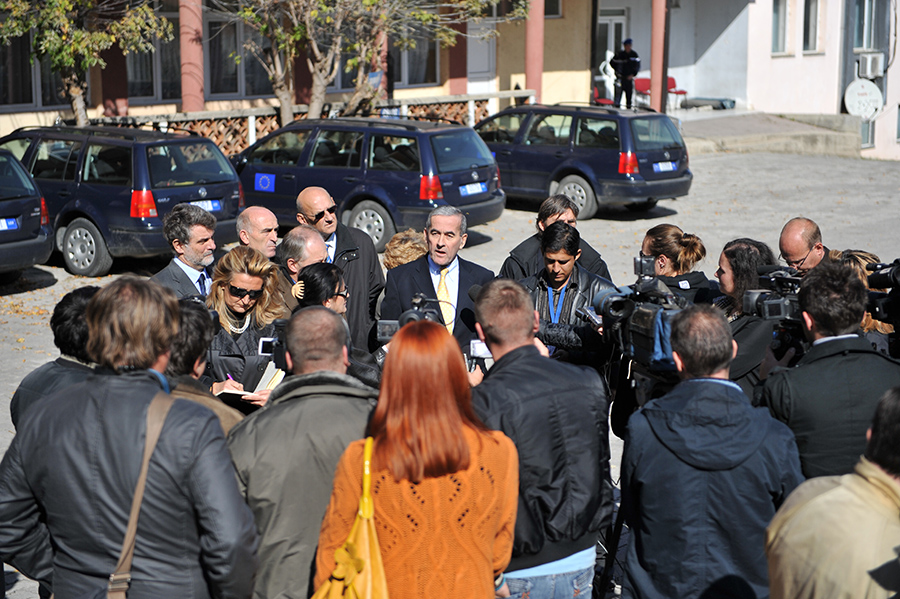 EULEX Head of Mission Yves de Kermabon paid a visit to MitrovicÃ«/a and the North to meet his EULEX colleagues working at Gate 1, the District Court and the Police Station in Mitrovica North and the LogBase in Mitrovica South, the present home of the Mitrovice/a based EULEX staff. He also met with the mayor of Mitrovice/a, Bajram Rexhepi.

The Head of Missionâs tour predominantly served to give him a direct personal impression on the work of EULEX in the Police, Justice and Customs Components, as well as to visit the venue of the temporary location for the new EULEX office in Mitrovica North. During his tour and his talks with EULEX staff, he congratulated his colleagues on their work: âA lot of improvement was visible in comparison to my last visitâ, he told Kosovo-Albanian and Kosovo-Serbian Media at a Press Point in the courtyard of the Mitrovica District Court. âWithin weeks, EULEX will start working here in the north, after some refurbishments have been done in the new officesâ, Yves de Kermabon confirmed to the questions of the journalists, stressing that the European Union is strongly supporting a more visible presence of EULEX and other European bodies in the north of Kosovo.

During his visit to the District Court, Yves de Kermabon thanked the inventory teams, composed of three Kosovo-Albanians and three Kosovo-Serbs from the local judiciary, for their outstanding job to make an inventory of the pending cases. Their work is now nearly completed, and over 3000 files have been retrieved, organized, registered and classified. The EULEX Head reiterated that it is very important to now bring Kosovo-Albanian and Kosovo-Serb Judges and Prosecutors back to the court in order to prosecute and adjudicate these cases together with EULEX Judges and Prosecutors. 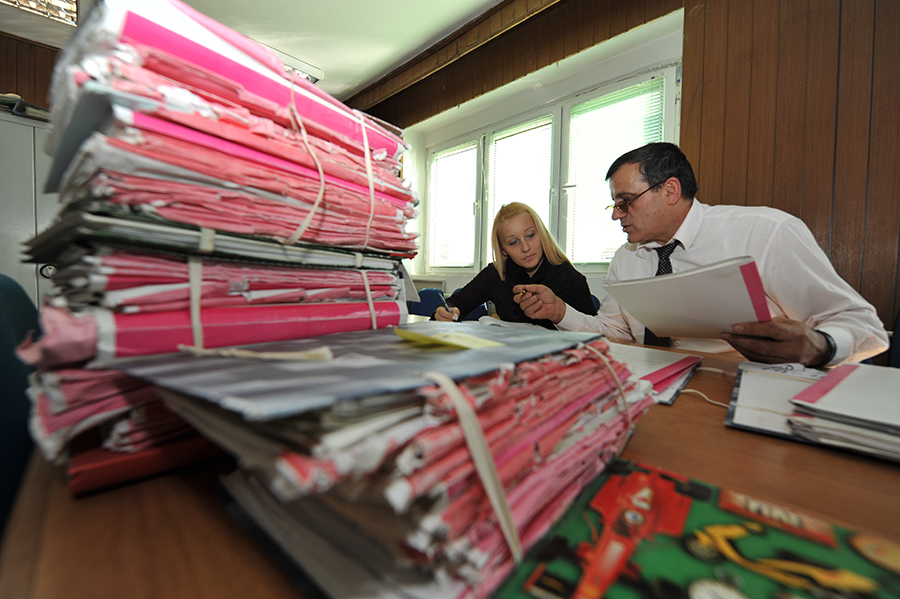