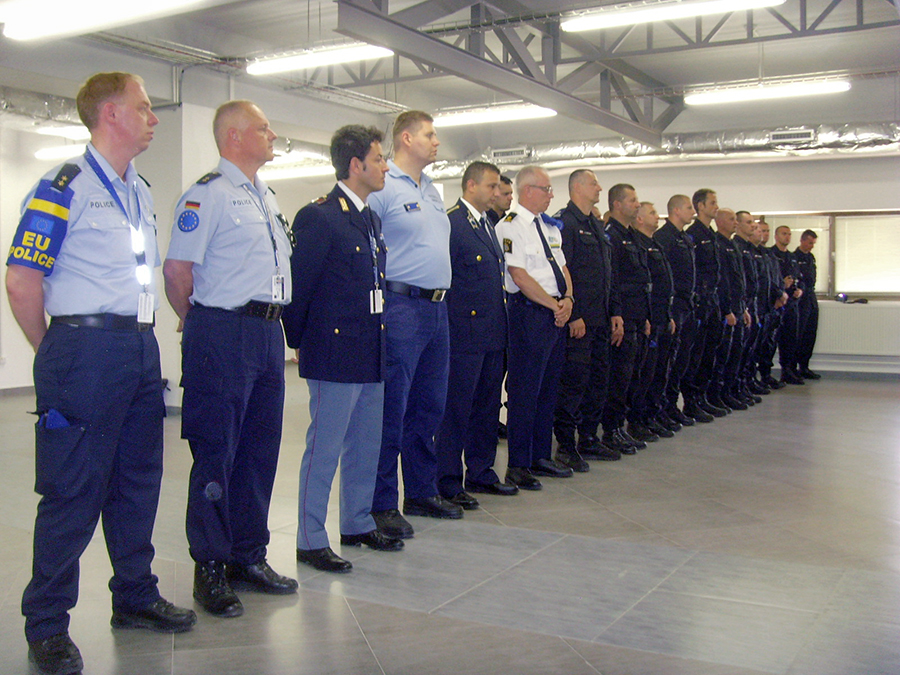 Members of EULEXâs Police and Customs Components have been praised for their recent work at Gate 1 in northern Kosovo. Roads approaching both Gates have been illegally blocked by protestors forcing EULEX staff to work lengthy hours in poor conditions.

The officers received special letters of commendation in a ceremony at EULEX headquarters in Pristina.

âYou were dealing with a difficult and, at times, tense situation and I want to congratulate you on your highly professional and exemplary conduct.

You can be proud of your actions in helping EULEX to continue fulfilling its mandate,â the head of Mission, Yves de Kermabon, told the officers.


The blockades of the roads began on 22 June but, despite the difficulties, EULEXâs work has continued without interruption at both Gates. 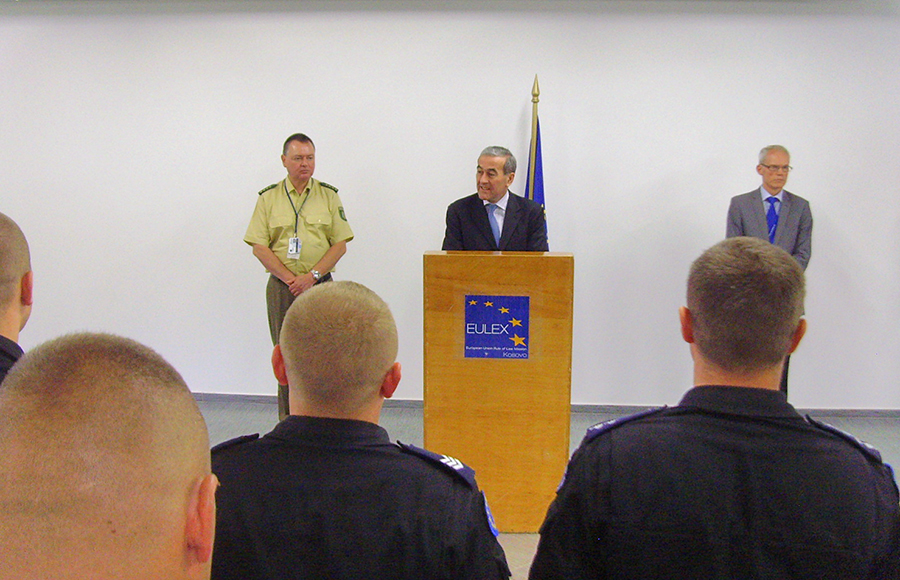