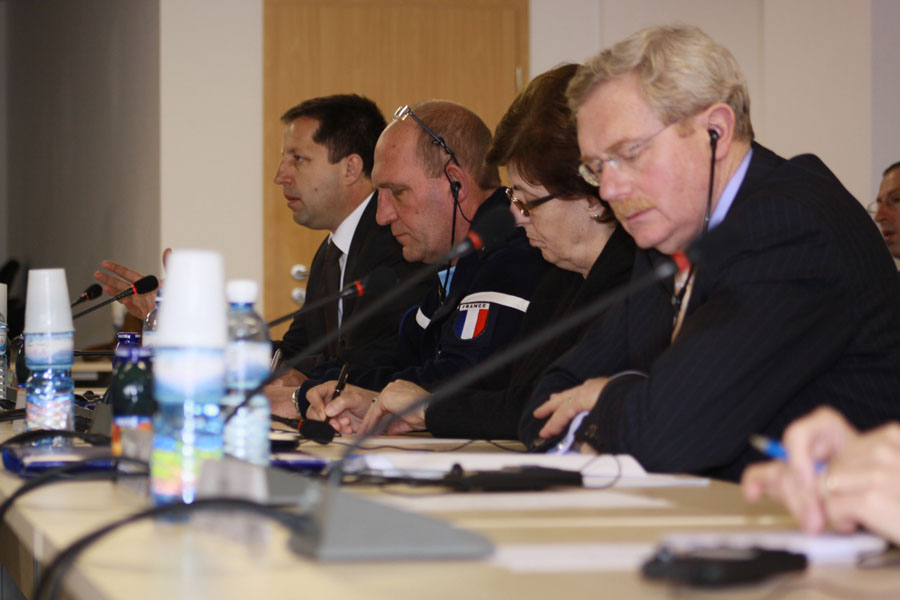 The ninth Joint Rule of Law Coordination Board was held today in the new EULEX HQ premises.


The board reviewed issues related to rule of law in Kosovo and cooperation between the Kosovo Government and EULEX.

The Head of EULEX, Yves de Kermabon pointed out that there is still a lot of work to be done despite the initial positive achievements by EULEX during its initial phase, such as the deployment Kosovo wide, the adjudication of the first serious crime cases, the decrease in the smuggling in the north and the re-opening of the District Court in North Mitrovica. âEULEX and local authorities face new challenges to improve the Rule of Law area,â said de Kermabon in his opening remarks.

The Head of Mission briefed the Board on EULEXâs activities and highlighted his visits in the region, stressing out the importance of the regional cooperation in fighting the organized crime.


The Deputy Prime Minister of Kosovo, Hajredin KuÃ§i, congratulated EULEX on declaring its full operational capability and emphasized the commitment of the Government of Kosovo to cooperate with EULEX. Â


Minister of Internal Affairs, Zenun Pajaziti, presented the results of the working group, including of local- and EULEX representatives, which has been dealing with how to solve the issue of the suspended Kosovo Serb KP officers. Based on recommendations from the working group the government has taken the decision to give until 30 June 2009 for all suspended officers to return to work.
âAs of today we should intensify our efforts to encourage all the police officers who left to return to the Kosovo Police,â said Pajaziti.
The Head of Mission expressed EULEXâs support for the governmentâs decision and underlined the need for approaching this issue in a friendly manner.

A number of issues were discussed including the Kosovo Judicial Council, in which both sides agreed that the KJC is an important institution and it should become functional as soon as possible.


Other points of discussion included the draft law on money-laundering which is to be in accordance with European Standards and the status of the Special Chamber of the Supreme Court.

Both sides agreed they will continue to work together in order to strengthen the rule of law area in Kosovo. 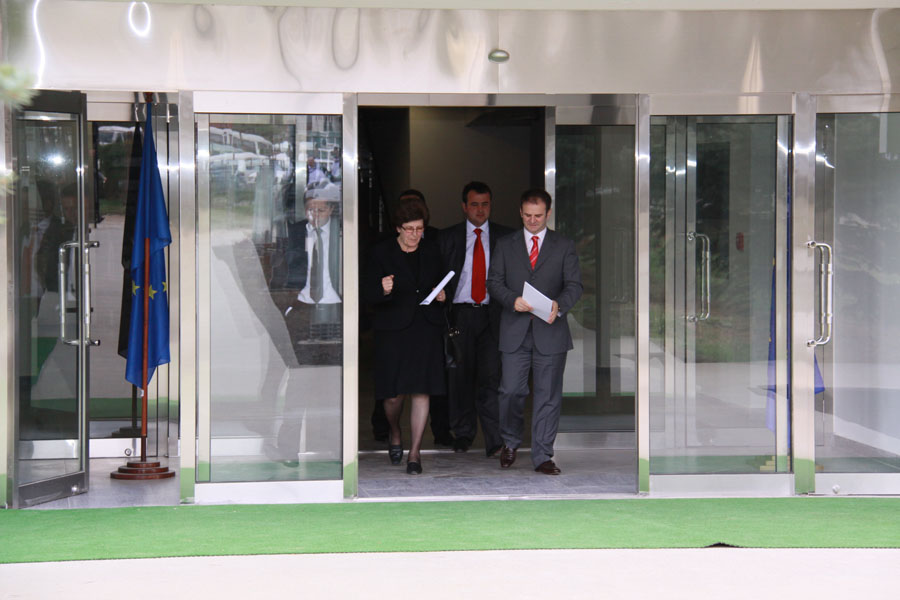