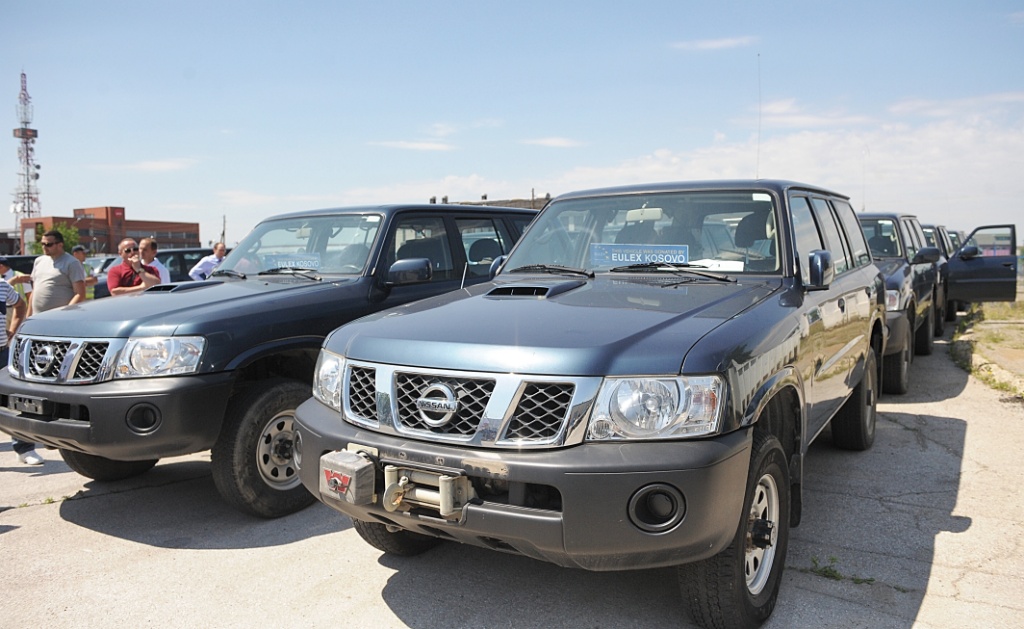 A first donation of fourteen vehicles was handed overt today to the Kosovo Judicial Council by EULEX representative, Julien Feuillet.

As part of the Mission’s regular donations EULEX is donating 108 Nissan Patrols 4X4 to various rule of Law institutions in Kosovo.

EULEX has a long tradition of donating vehicles to Kosovo institutions, which are now being used for various functions.