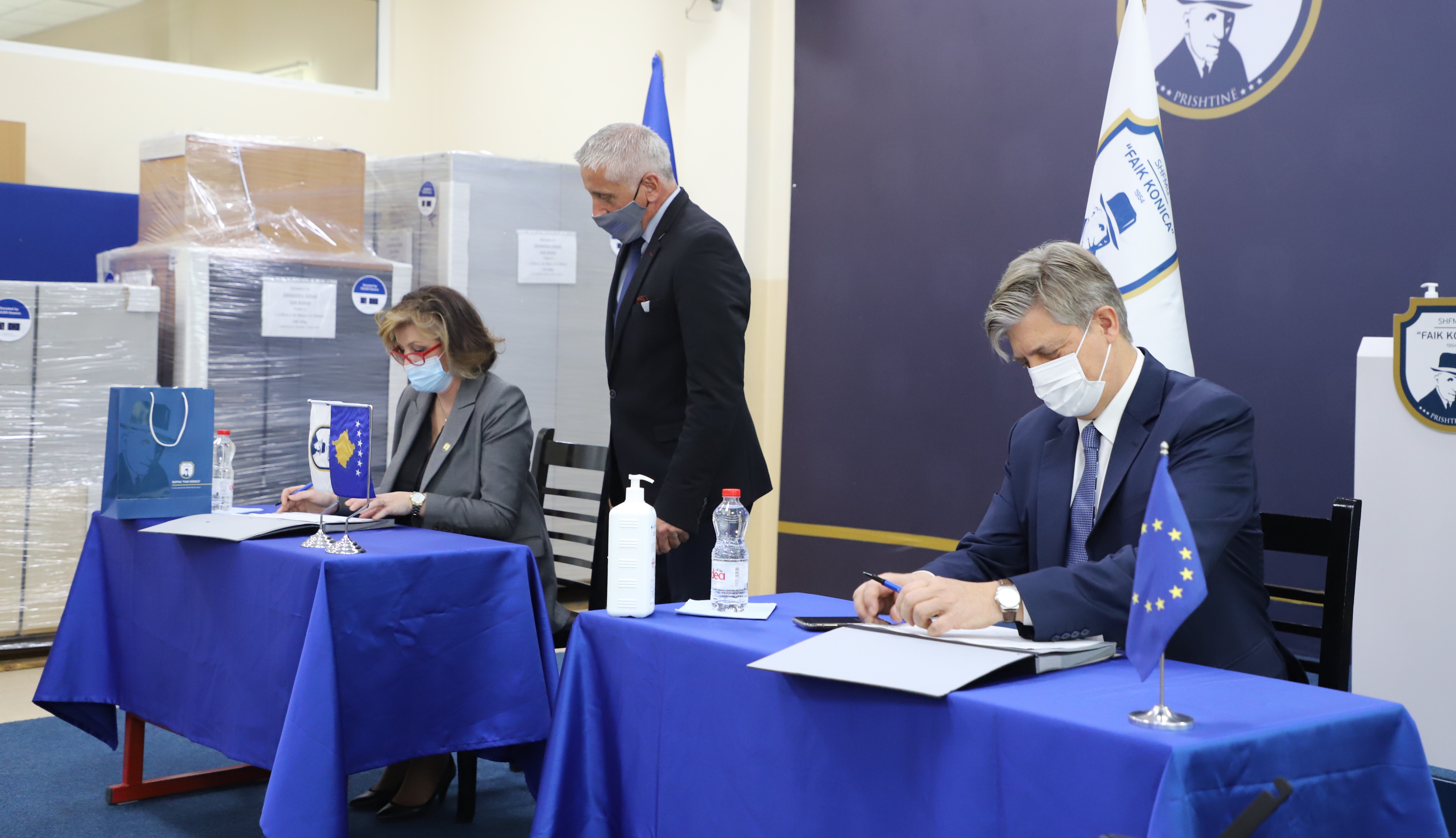 On 2 November, the European Union Rule of Law Mission in Kosovo (EULEX) donated 15 computers, printers and various other IT devices, furniture and lab equipment to the âFaik Konicaâ elementary school in Pristina.

During the handover ceremony, the Head of EULEX, Lars Gunnar-Wigemark, stated that education is the great equalizer between women and men and among children. âYou can take any child anywhere in the world and if you give them education there is no limit to what they can do,â Wigemark said, adding that the future is with the young people. The EULEX Head also praised the work of the teachers and parents.

The school director, Jehona Oruqi, handed over an appreciation certificate to the Head of EULEX and thanked the Mission for its donation to the school.

In October, the EULEX Head also handed over donations to the Police Inspectorate of Kosovo (PIK) and the Emergency Management Agency (EMA). The donations consisted of three vehicles to the PIK, two to the EMA, as well as phones, handheld and mobile radios, binoculars and other essential IT, security and office equipment.

During the PIK handover ceremony, Wigemark emphasized the important role of Kosovo Police and PIK. âIt is not an easy job, but you have our full support,â he said. Meanwhile during donation to the EMA, Wigemark stated that EULEX is happy to support this agency. âYour work is important and it is going to become even more important in the future. Thatâs why we are very happy to give you this concrete support,â he stated.

EMA General Director, Fadil Kodra, and the PIK Chief Executive, Kushtrim Hodaj, thanked EULEX for the assistance and support, and said they remain committed to strengthening the cooperation with the Mission. They both assessed that the donations will help them carry out their daily work and strengthen their capacities. 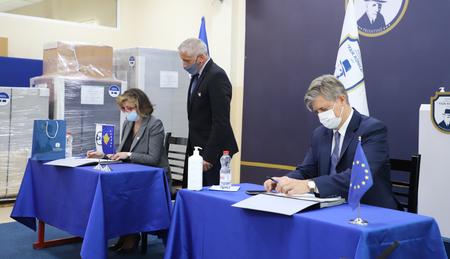 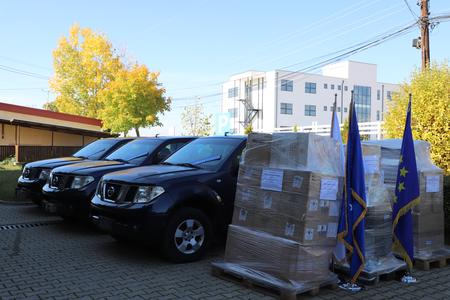 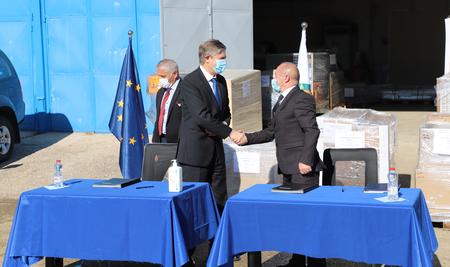 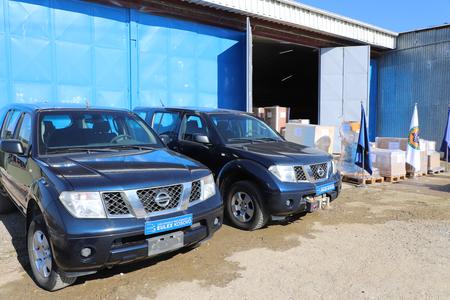 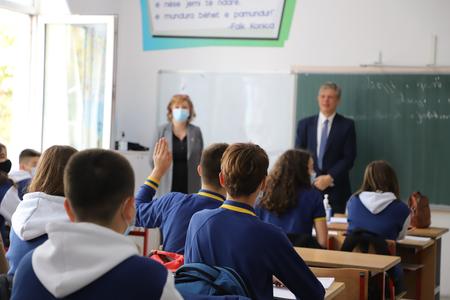 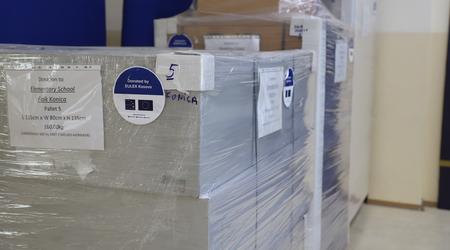