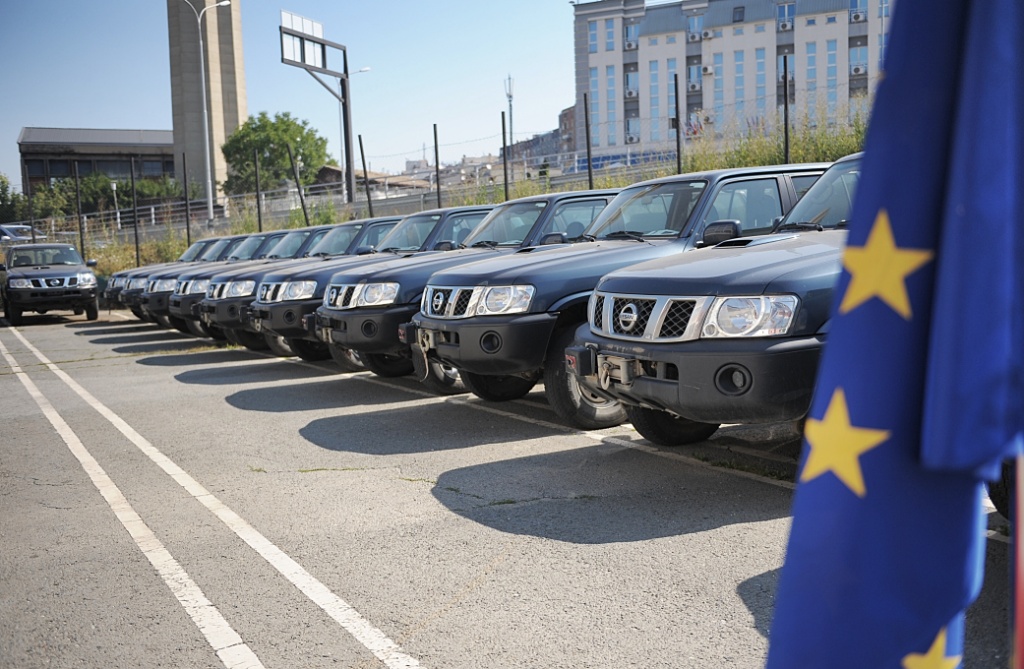 EULEX has handed over fifteen vehicles to the Ministry of Finance, as a donation for Kosovo Customs.

The handover ceremony was attended by the Head of EULEX, Gabriele Meucci and the Director General of Kosovo Customs, Lulzim Rafuna.

“Vehicle donations are a fairly normal part of EULEX work, but I’m particularly pleased to be here today to provide these vehicles to Kosovo Customs,” said Meucci. “Kosovo Customs, under the leadership of Director General Rafuna, has made tremendous strides to improve its processes and to fight corruption.  Kosovo Customs has proven itself to be a leader in the region,” said EULEX Head of Mission during the handover ceremony.

The Director General of Kosovo Customs, Lulzim Rafuna thanked EULEX for their help and support. He said that this donation would contribute to the more efficient work of this institution and in particular the Kosovo Customs anti-smuggling team.

“I am honored to be here today with Mr. Meucci who as always helped the Kosovo Customs with various equipment and technical assistance provided by EULEX staff. On this occasion I want to thank Mr. Meucci who was personally committed in donating these vehicles to Kosovo Customs.   This donation will help us to accomplish our tasks more efficiently; vehicles will be used by our anti-smuggling teams. There is no doubt that donations like these help us in  achieving the European standards, combating tax evasion and indirectly reflect in more revenues for the state budget which is also Government strategy in combating the non-formal economy,” said Director General of Kosovo Customs, Lulzim Rafuna during the vehicle handover ceremony.

EULEX has a long tradition of donating vehicles and other equipment to Kosovo institutions in support of capacity-building initiatives and implementation of best practices.