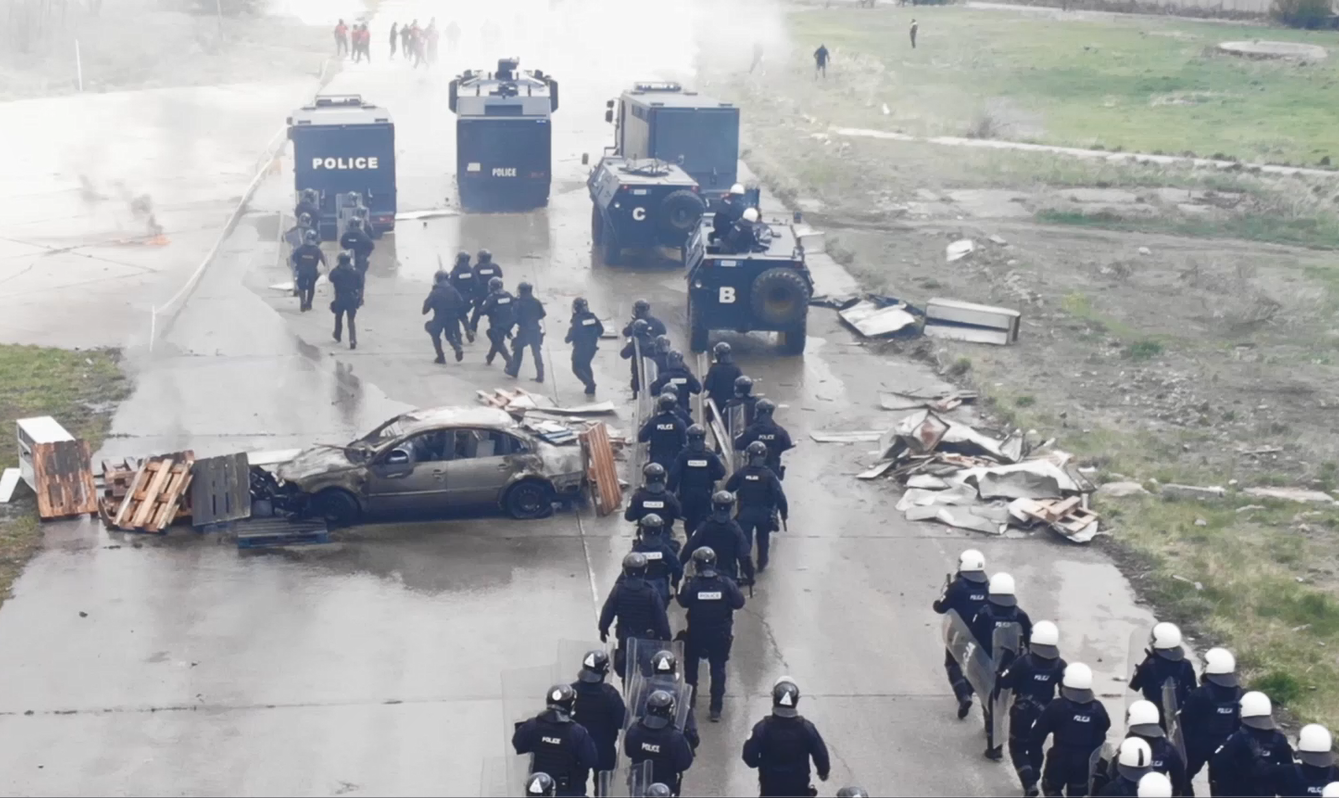 Today, on 19.04.2022, in the camp "Vrelo", Kosovo Police and EULEX held a field exercise which was closely followed by the Deputy Minister of Internal Affairs, Mr. Blerim Gashani, senior management staff headed by the General Director of KP, Mr. Samedin Mehmetin, Head of the EULEX Mission Mr. Lars-Gunnar Wigemark as well as representatives from KFOR who were in the capacity of observers.

Through this field exercise called "Rapid Action", Kosovo Police with its officers of special units and public order and those of special units from EULEX, demonstrated their professional skills and abilities in coordination and mutual communication, in case of intervention and management of various situations at the national level.

By conducting joint trainings and exercises at different levels, the commitment and dedication to be professional in joint actions, which aim at maintaining public order, providing security to the country and citizens without distinction, is being proven.

The Director General of the Police, Mr. Mehmeti, and the Head of the EULEX Mission, Mr. Wigemark, addressed the police units and those present, who praised the commitment and dedication of the police units as very professional, which proved that the Police of Kosovo and EULEX have the capacity and are ready to respond and police actions in various crowd management situations, where the common goal is to maintain public order and security.

Disclaimer: This press release was originally published by the Kosovo Police