Interview of the Head of EULEX with SKY TG24 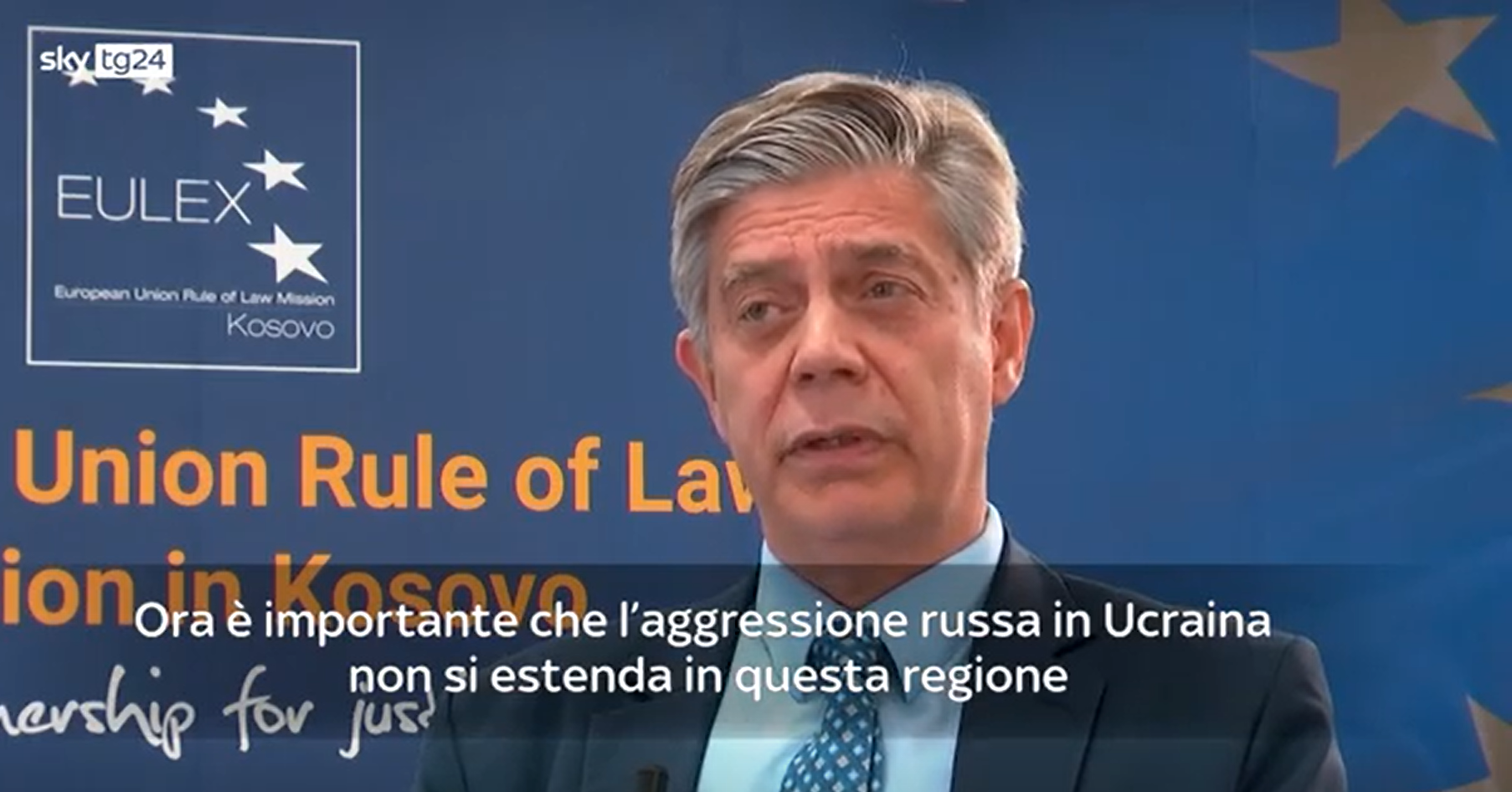 On 13 May, the Italian media outlet Sky TG24 broadcast a reportage about Kosovo with a focus on the security situation. The news report featured, among others, an interview with the Head of EULEX, Lars-Gunnar Wigemark.

Commenting on the current security landscape in Kosovo and the region, Wigemark highlighted: âI think it is important that this conflict now, the war in Ukraine, the Russian aggression against Ukraine, does not spill over here in this region and thatâs why the so-called dialogue between Pristina and Belgrade is more important than ever.â

In the reportage, KFOR Deputy Commander, Brigadier General Luca Piperni, confirmed that the approach of NATO in the Balkans and in Kosovo remains the same, with an unchanged presence of around 3,700 staff within KFOR.