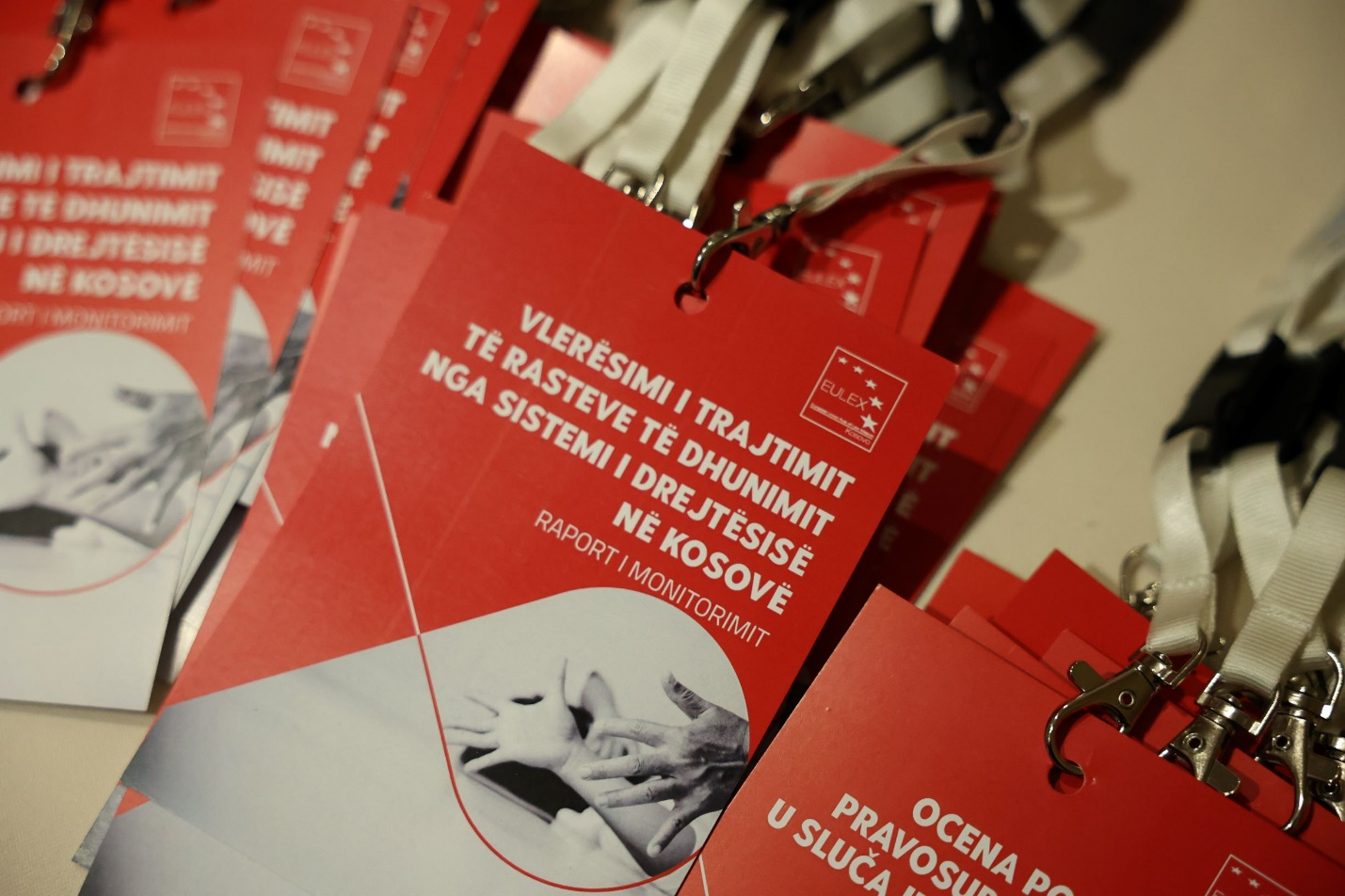 On 6 July, the European Union Rule of Law Mission in Kosovo (EULEX) presented the monitoring report âAssessment of the Handling of Rape Cases by the Justice System in Kosovoâ

The report offers a preliminary assessment of how Kosovoâs justice system handles cases qualified as rape. It includes findings from the rape cases EULEX monitored and specific recommendations for the Kosovo authorities to improve the handling of these cases. The report is part of the Missionâs effort to support -through its monitoring of the criminal justice chain- Kosovo institutions in addressing violence against women in general, and rape in particular, in line with international standards, including the Istanbul Convention.

During the presentation, the President of Kosovo, Vjosa Osmani-Sadriu, the Minister of Justice, Albulena Haxhiu, the Head of EULEX, Lars-Gunnar Wigemark, and representatives from rule-of-law institutions discussed the importance of having standardized procedures and adopting a victim-centred approach to ensure victims have access to justice.

In her opening remarks, the President of Kosovo, Vjosa Osmani-Sadriu, expressed gratitude to EULEX for the research on the topic of sexual violence in Kosovo, voicing her concern about the increase of the number of reported cases of rape between 2019 and 2021.

âToday, I want to call upon all our institutions to deal with cases of rape, whether they occurred during the war or these that occur on a daily basis, so that all cases of rape, especially gender-based violence cases, are treated with priority, and to ensure that our institutions have an approach with the victim at the center.â Osmani stated. 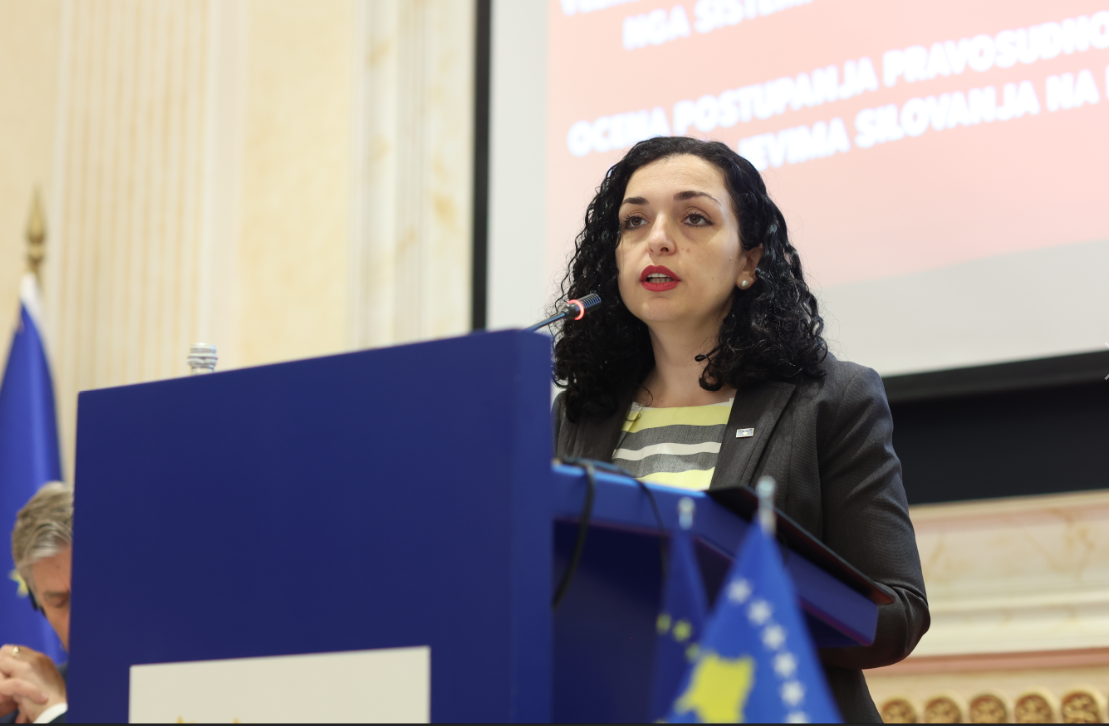 The Head of EULEX, Lars-Gunnar Wigemark, pointed out: âThis report is dedicated to the victims of sexual violence, especially rape, whose quest for justice, not only in Kosovo but everywhere, is still too often unanswered, unreasonably delayed, or even denied.â Wigemark stressed that a victim-based approach is needed and added: âAll too often victims of rape are not given sufficient priority by the justice system and have to endure a lengthy and complicated legal process. All too often their cases are dismissed for lack of substantive evidence or for procedural reasons.â 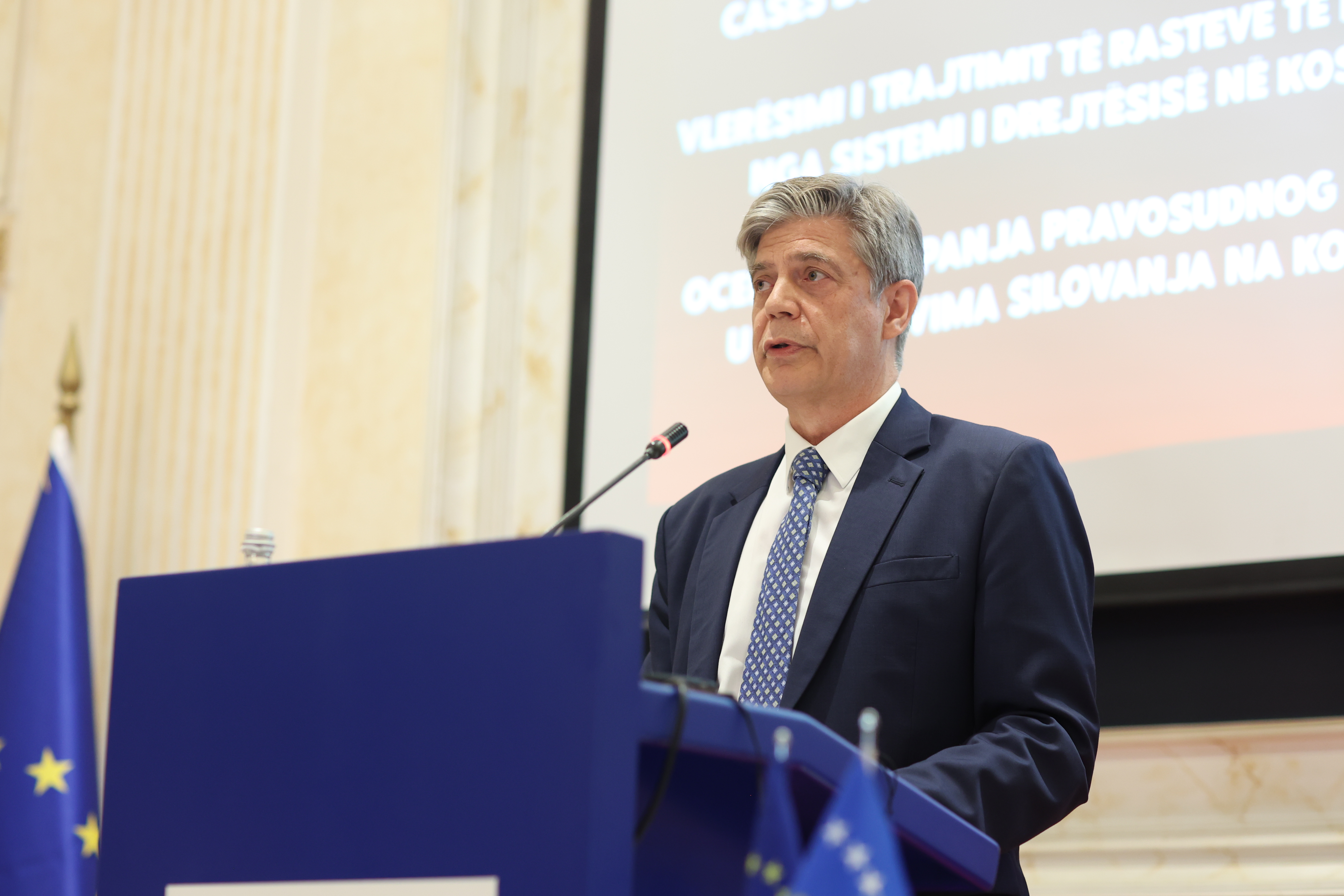 While analyzing the Kosovo legislation and international standards, the report also focuses on the length of proceedings, the effective investigation and termination of cases, as well as the issue of adequate sanctions and punishment. It showed that victims were provided with effective redress in very few cases. The adoption of a uniform protocol for reporting of sexual violence cases will ensure that victims can access the complete chain of assistance needed.

âOne of Kosovo Policeâs priorities is to protect and provide security to victims,â said the General Director of Kosovo Police, Samedin Mehmeti, who also confirmed the Kosovo Policeâs commitment to taking actions to improve the reporting and evidence collection process through specialised trainings and the introduction of the use of electronic means to record the statements. 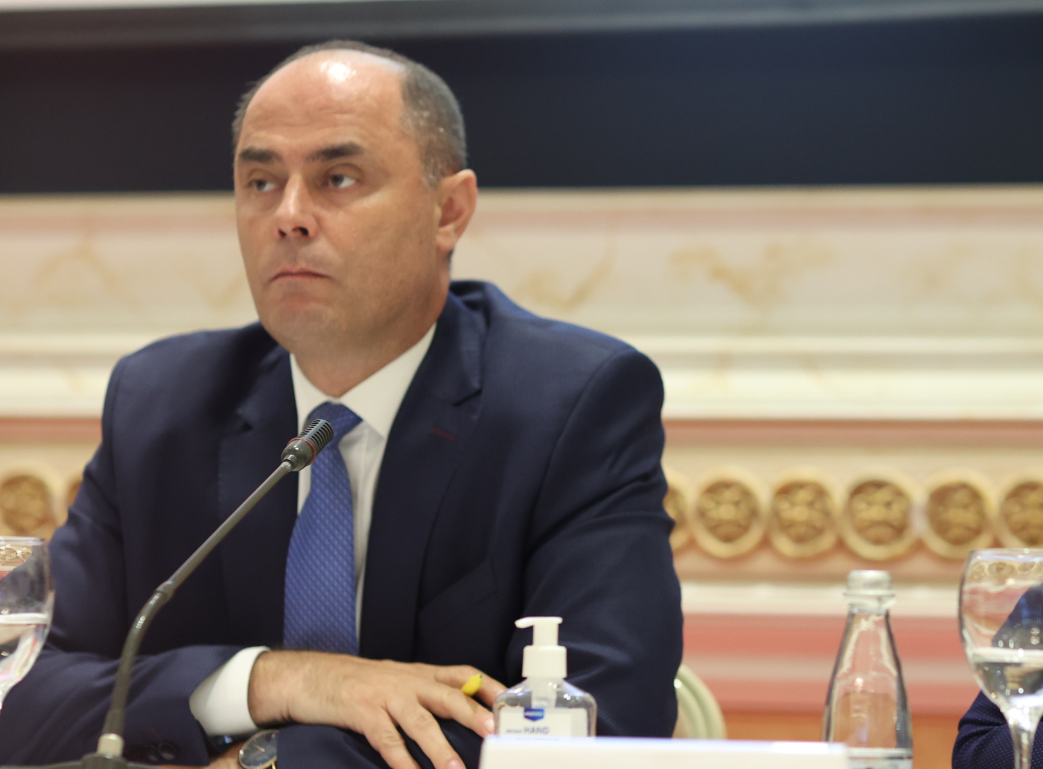 Flutra Goga-Bajrami, Acting General Director of the Institute of Forensic Medicine acknowledged that victims of sexual violence deserve more and better services at the national level. âDespite the commitment to improving our services - because we fundamentally understand the damage that is caused to the victims of this crime â it seems that this is not enough," Goga-Bajrami stated. 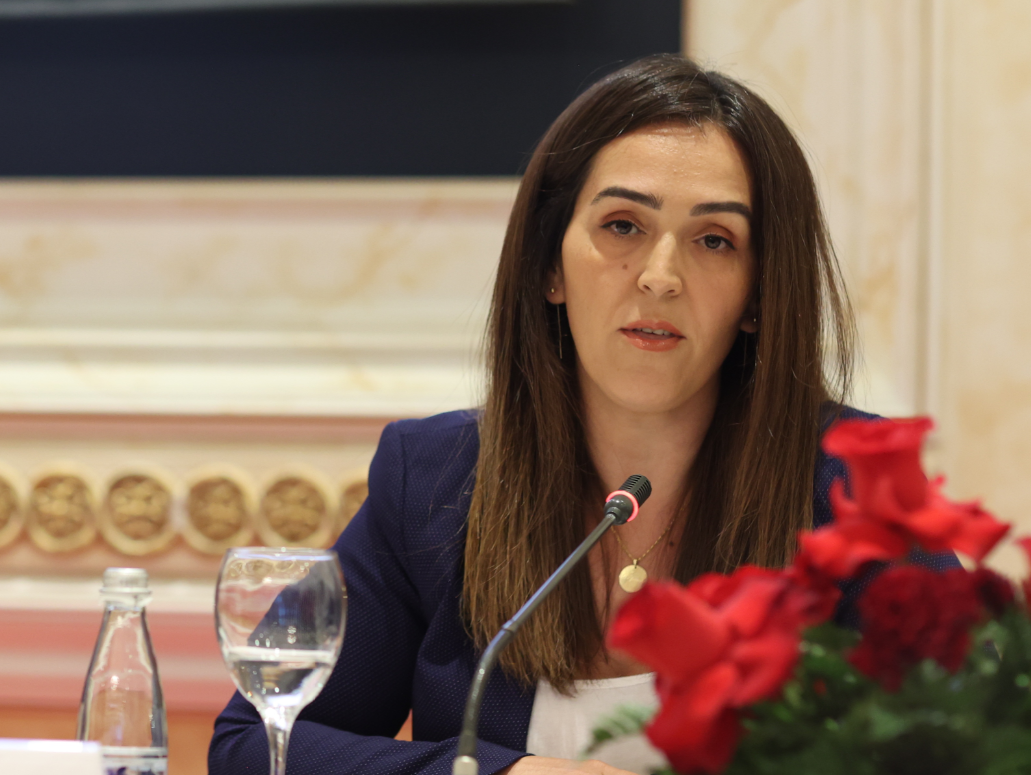 The Deputy Chair of Kosovo Prosecutorial Council, Veton Shabani, stated: âWe are aware of the sensitivity and importance of the efficient, accurate and timely handling of these types of cases. Perpetrators of these offences should receive the right punishment they deserve in order to at least restore the dignity of victims and to assure the citizens that the perpetrators of these offences will not remain unpunished.â 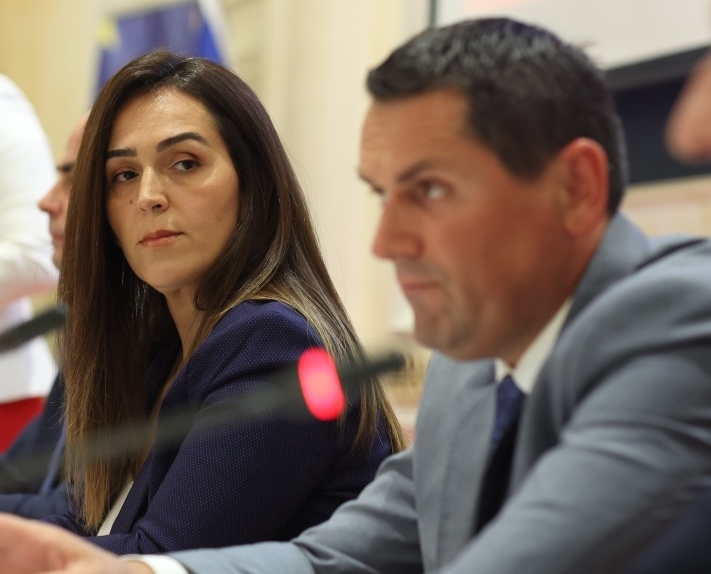 The Chair of Kosovo Judicial Council, Albert Zogaj, pointed out the importance of standardized procedures: "The lack of protocols, as noted in this report, and inappropriate practices during the collection and administration of evidence will make it much more difficult for the judiciary, as the last link in this chain, to adjudicate and pronounce sentences proportionate to the character and nature of this group of criminal offenses." 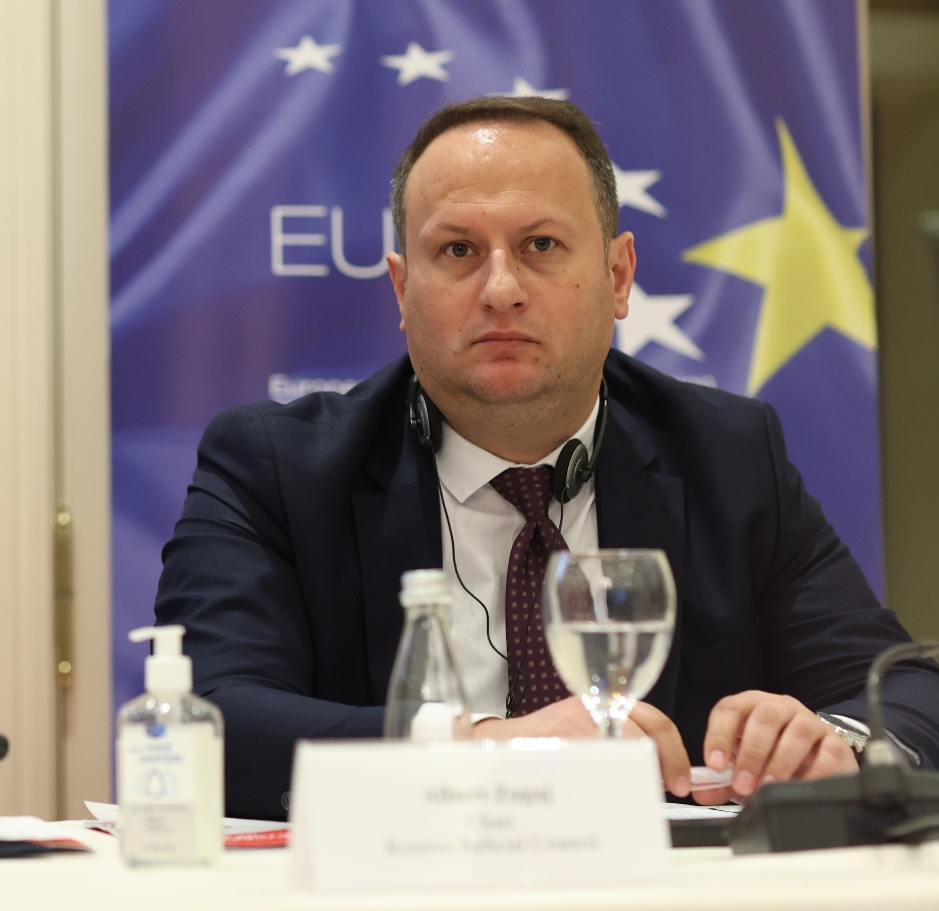 The Minister of Justice, Albulena Haxhiu, concluded the presentation outlining the way forward and calling for a stronger, joint institutional response: âSexual violence continues to be a major issue in Kosovo. Our common goal is to provide a more coordinated and comprehensive institutional response to protect all victims and their rights.â 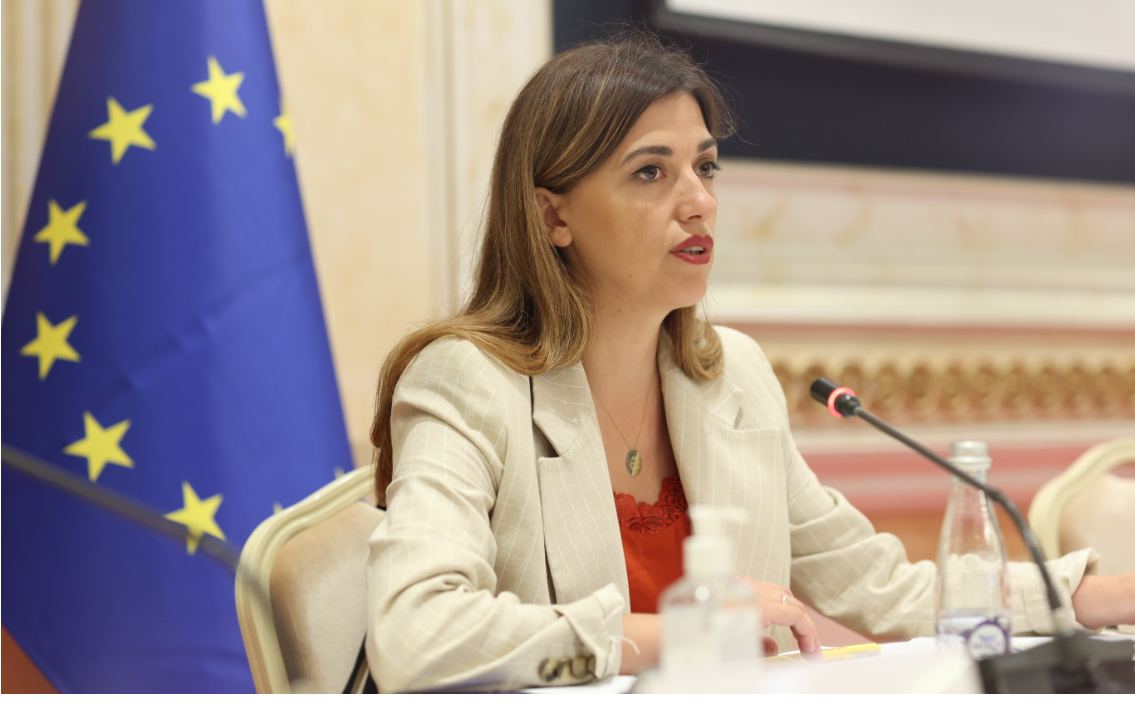 EULEX is ready to continue to work closely with all relevant counterparts in Kosovo to improve the handling of rape cases through a victim-centered approach, where access to justice for both women and men, girls and boys, exposed to sexual violence and rape, becomes a shared priority by all actors in the chain of justice. 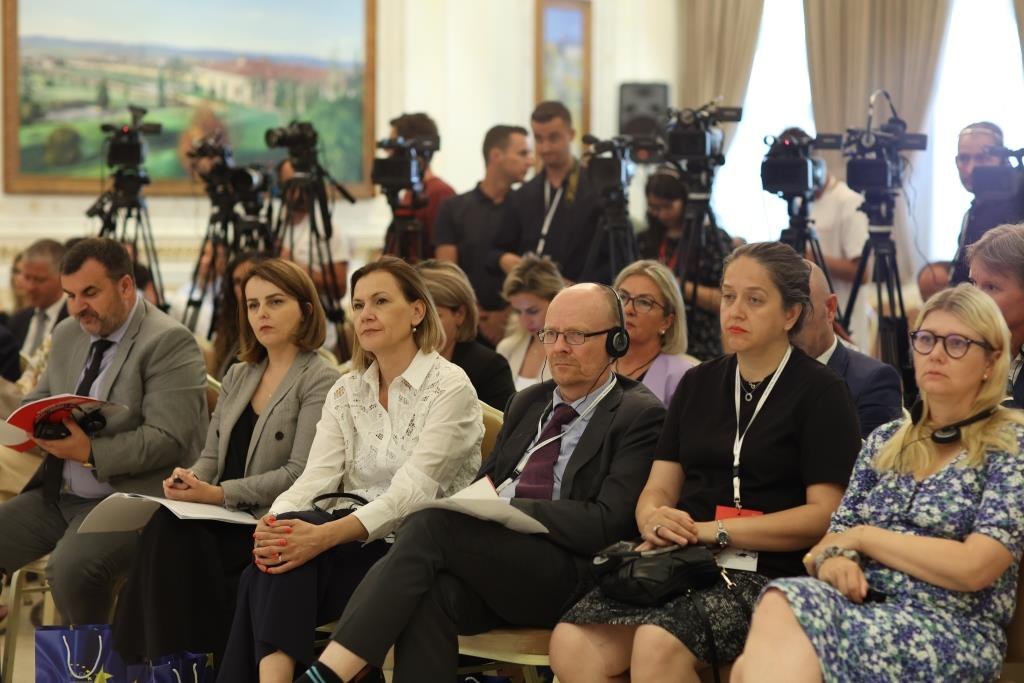 The Mission has supported the implementation of the Istanbul Convention through a large number of activities, ranging from conducting awareness-raising campaigns on gaslighting and the link between property rights and domestic violence, to contributing to the drafting of programmatic documents, such as the new National Strategy and Action Plan on Protection from Domestic Violence and Violence against Women, and guidelines on establishing referral systems for dealing with sexual crimes.

During the report presentation, EULEXâs Gender Advisor, Chiara Tagliani, presented a summary of the reportâs findings and recommendations: 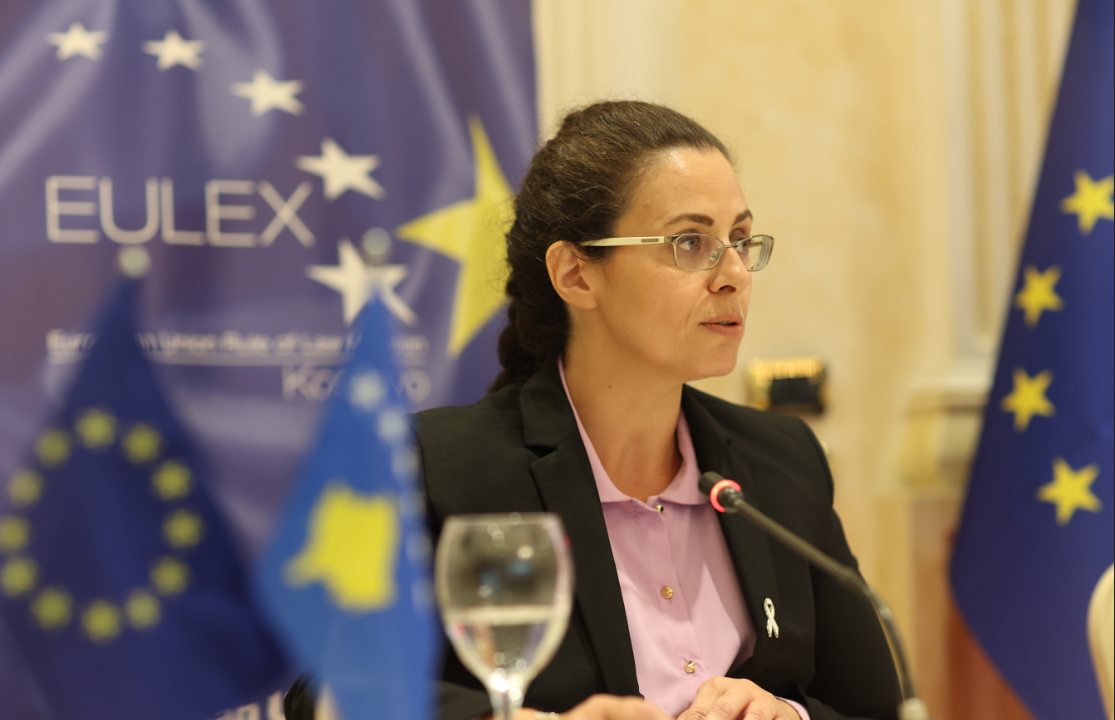 Remarkable progress has been made in aligning the criminalization of the offence of rape in Kosovo with international standards, particularly by recognizing the victimâs lack of consent as the constituent element of the offence -in line with the requirements foreseen in the Istanbul Convention and the UN Convention on the Elimination of all Forms of Discrimination Against Women- and by foreseeing higher punishment for all rapes committed within domestic relationships, between current or former spouses.

The speech of EULEXâs Head of Mission during the report presentation is available here as delivered.