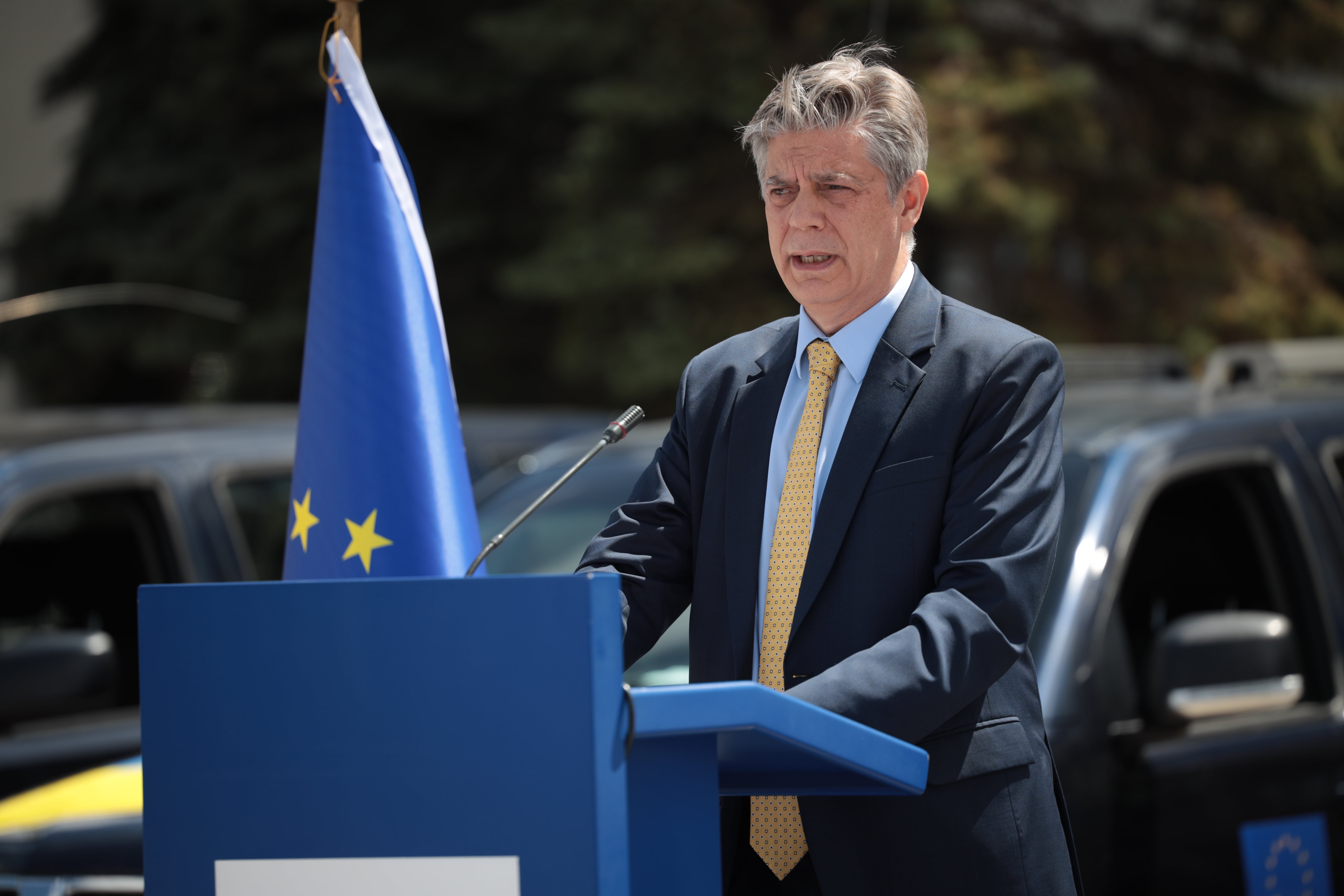 I would like to welcome here today Kosovoâs Deputy Prime Minister and Minister of Foreign Affairs and Diaspora, Donika GÃ«rvalla-Schwarz, the Head of the EU Office in Kosovo and EU Special Representative, TomÃ¡Å¡ Szunyog, the Senior National Representative of the Ukrainian Contingent within KFOR, Ivan Nastenko, Lyudmila, Daria, Viktoriia and Maryna, four of the Ukrainian journalists who currently reside in Kosovo, and welcome also our EULEX staff who come from Kosovo and several EU countries.

Your presence here is proof of how the heroic defence by the Ukrainian people is inspiring all of us to support Ukraine.

We are gathering here this morning to send off ten EULEX Kosovo vehicles to Ukraine. These vehicles will be donated to the Ukrainian state border police. We are also donating two special prisoner escort vans to Ukraine.  The donation will be facilitated by our colleagues at the EU Advisory Mission to Ukraine (EUAM), which is a civilian CSDP Mission similar to EULEX.

Each vehicle is loaded with humanitarian supplies for Ukraine, collected and paid for by international and local staff working at EULEX Kosovo.  The initiative to use this donation to also send humanitarian supplies to Ukraine, such as food and non-food items, including clothes, sleeping bags, personal hygiene items, and medical supplies, came directly from the Missionâs own staff, who have gathered and bought all the supplies. Our staff also collected cash and are supporting 23 internally displaced families. I am proud of the Missionâs staff. They show in practice what solidarity with Ukraine and its people means.

This donation is one part of EULEX Kosovoâs support for our brothers and sisters in Ukraine. Almost three months ago, EULEX donated a number of bullet proof vests and helmets to our colleagues at the Mission in Ukraine, since they had given their own equipment to fellow Ukrainians when they were evacuated end of February.

EULEX is also sharing its extensive experience in war crimes investigations with colleagues in the EU Advisory Mission to Ukraine, who support Ukrainian authorities in investigating and prosecuting war crimes committed during Russiaâs aggression against Ukraine.

And as we speak, we are exploring opportunities on how we could support EUAM in the implementation of its new mandate, including through the delivery of forensic training.

We hope that all this support, coupled with the support of the whole EU, will help the people of Ukraine, many who have been forced to flee their own country.  Of course, many Kosovo citizens know through first-hand experience what it means to become a refugee and be exposed to aggression.

Kosovoâs solidarity towards Ukraine is apparent in many ways, including the âJournalists in Residence Programmeâ. Kosovo has also aligned itself with nearly all EU Common Foreign and Security positions and I look forward to the day â in a not too distant future â when Kosovo will participate in Common Security and Defense Missions. Through its actions Kosovo is proving where it belongs.