Institute of Forensic Medicineâs Deputy Director, Javier Santana, Describes the Challenges of Locating Missing Persons for a Blog Series of forumZFDâs Dealing with the Past 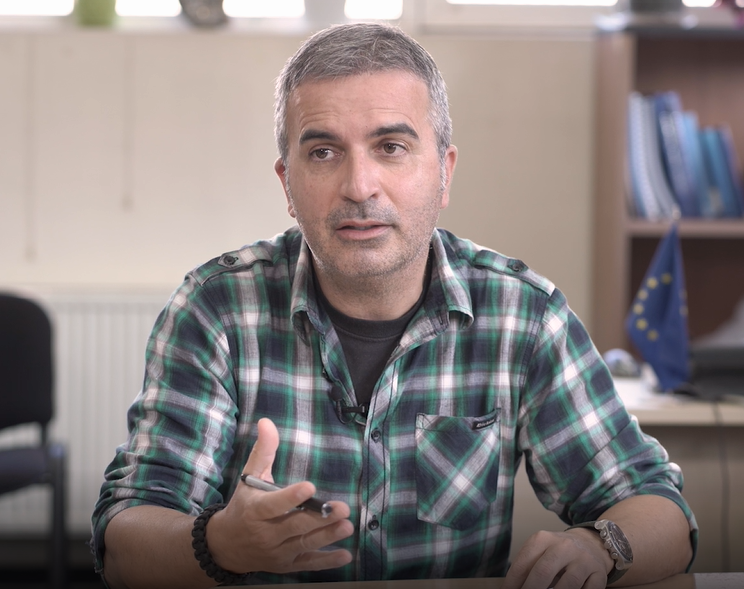 On 07 September, the Deputy Director of the Kosovo Institute of Forensic Medicine, Javier Santana, gave an interview to journalist Serbeze Haxhiaj for the Blog Series âThe Gravesites Accuse: Forensic Examiners Digging to Find the Missing in Kosovo,â published on forumZFDâs (Forum Ziviler Friedensdienst) âDealing with the Pastâ platform, where he explained the complex work behind the relentless search for locations hiding Kosovoâs missing personsâ remains.

As EULEXâs expert, Santana is supporting with his expertise the efforts of the Kosovo Institute of Forensic Medicine in determining the fate of victims from the Kosovo war and its aftermath, through the identification of potential clandestine graves.

Talking about the specifics of his profession, Santana underlined how forensic archeology is not a profession for everyone, opening up about the importance of being not only ready to work very hard, but also to carry the psychological consequences brought by this job. âNo matter how hard you try to put up a shield you cannot escape the emotional burden that comes with this job,â Santana says.

Santana also explained the increasing difficulties in determining the location of missing persons in Kosovo, since so many years have passed, in particular when the perpetrators have hidden the bodies in gravesites: âHiding the body of a person in a gravesite if often like hiding a book in a library. Sooner or later, it will be found, even if many years pass,â Santana says.

Link to the interview: https://dwp-balkan.org/the-gravesites-accuse-forensic-examiners-digging-to-find-the-missing-in-kosovo-a-blog-series-3/