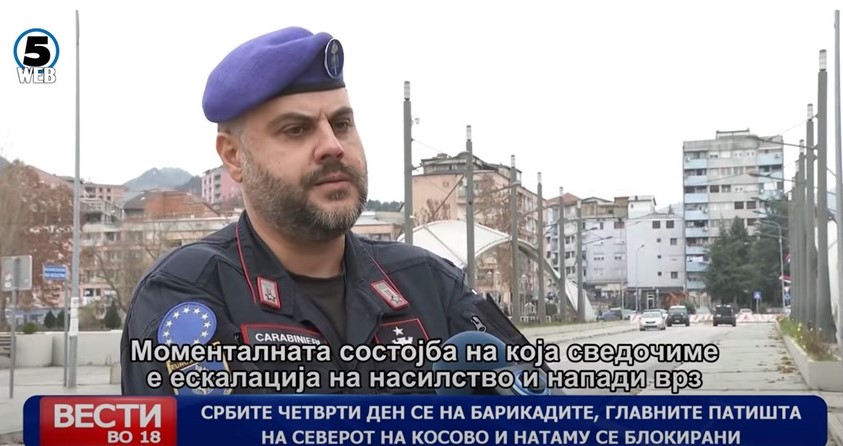 On 13 December, the Commander of EULEXâs Reserve Formed Police Unit, Mariano Bastanza, gave an interview to Kanal 5 TV of North Macedonia, where he spoke about the latest developments in northern Kosovo: âIn the past days, we saw an escalation of violence with a series of attacks, including on Kosovo Police, an EULEX reconnaissance patrol, and journalists.â

Bastanza further said that the armed presence in northern Kosovo is unacceptable and that violence needs to stop now.

âEULEX is closely monitoring the security situation according to our mandate in close cooperation with the Kosovo Police and KFOR,â said the RFPU Commander.