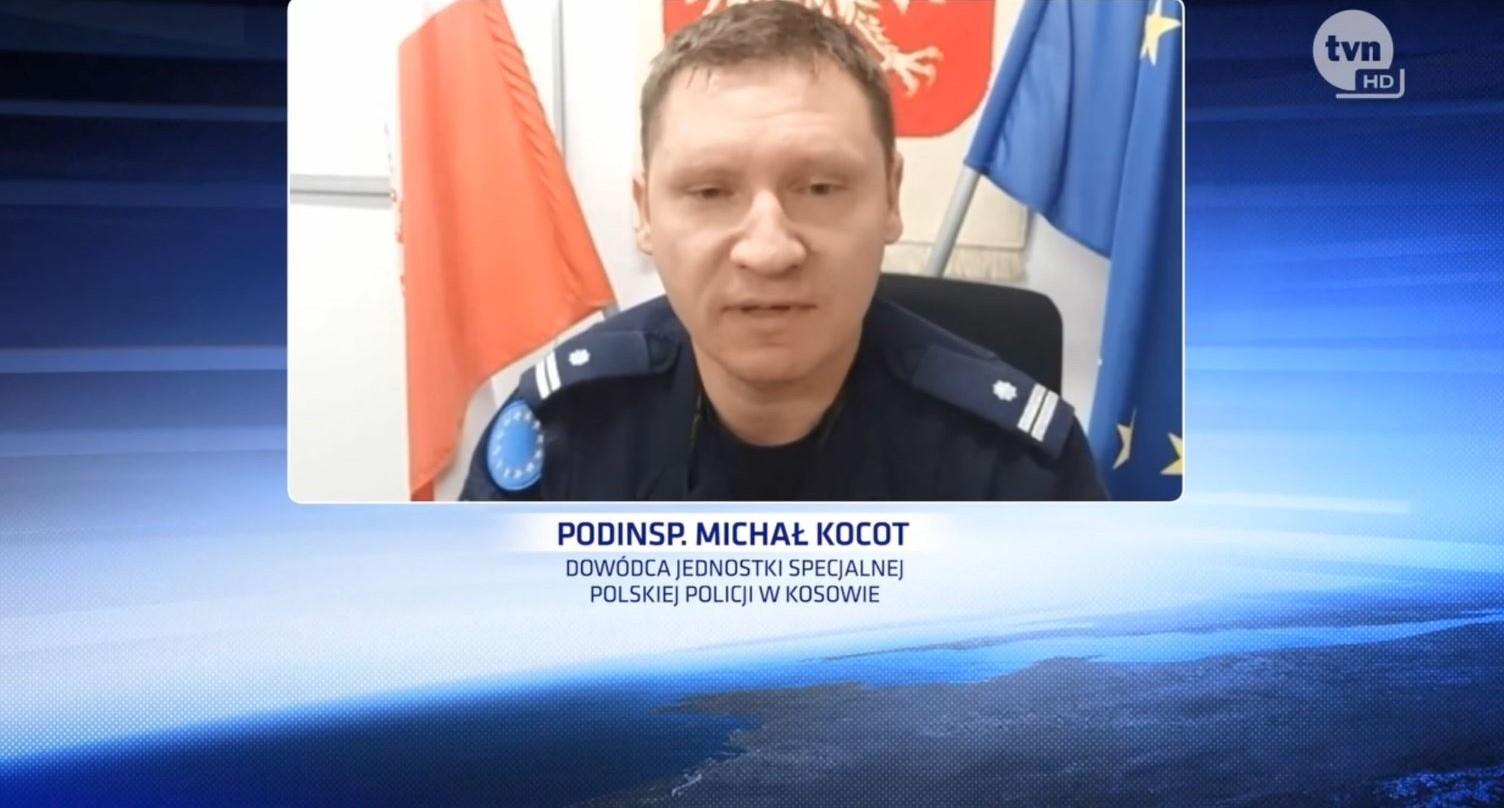 On 29 December, against the backdrop of the escalation of tensions in northern Kosovo, the Commander of the Formed Police Unit (FPU) of the European Union Rule of Law Mission in Kosovo (EULEX), Michal Kocot, gave an interview for the Polish TV station TVN.

The FPU Commander, explained how the security situation in Kosovo deteriorated following the resignation of Kosovo Serb police officers, prosecutors and judges from the local institutions, and how it further culminated with the escalation of tensions caused by the placement of illegal barricades in the four northern municipalities, obstructing freedom of movement in this part of Kosovo.