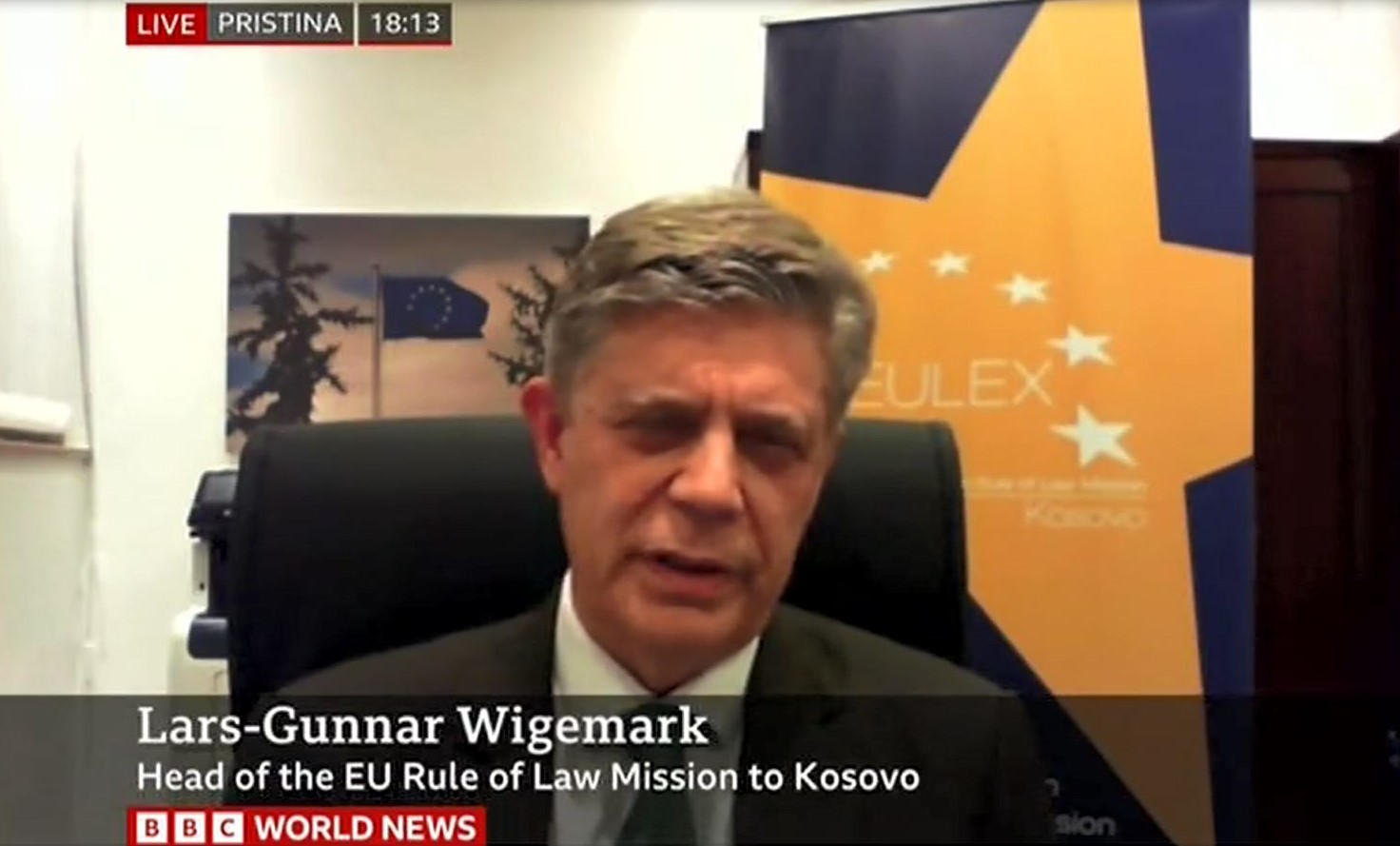 On 28 December, BBC aired a live interview with the Head of the European Union Rule of Law Mission in Kosovo (EULEX), Lars-Gunnar Wigemark.

The Head of EULEX commented on the recent security developments in northern Kosovo, warning for the risks of an escalation of violence and urging the parties to return to the dialogue.

âWeâve all been very concerned by the increasing tensions and escalations that we have seen, especially over the last couple of weeks, and since these illegal barricades, roadblocks went up,â Wigemark said, adding that: âThis is really unprecedent. We have to go back to at least ten years in time to see anything like this in northern Kosovoâ.

Highlighting how the last thing that Europe needs at this time is another conflict, the Head of EULEX pointed out that tensions need to be resolved with the dialogue and not in the streets and through barricades, saying: âWe are advocating for a de-escalation, a negotiated solution, where these illegal barricades are removed, the freedom of movement is restored, and rule of law prevails.â

On 29 December, Wigemark was interviewed by Deutsche Welle. Asked about the upcoming announced removal of the barricades, he confirmed that the Mission was anxiously waiting for their removal.

Commenting on the current existing security and rule of law vacuum following the resignation of Kosovo Serbs from the Kosovo Police and judiciary, the Head of EULEX explained that the Mission can only partially try to fill this vacuum, adding: âWe have a police force with limited mandate. We work closely with the Kosovo Police and act only at their explicit requestâ.

âI certainly hope that everyone would like to have peace in the regionâ, said Wigemark, calling everyone to return to the negotiating table.