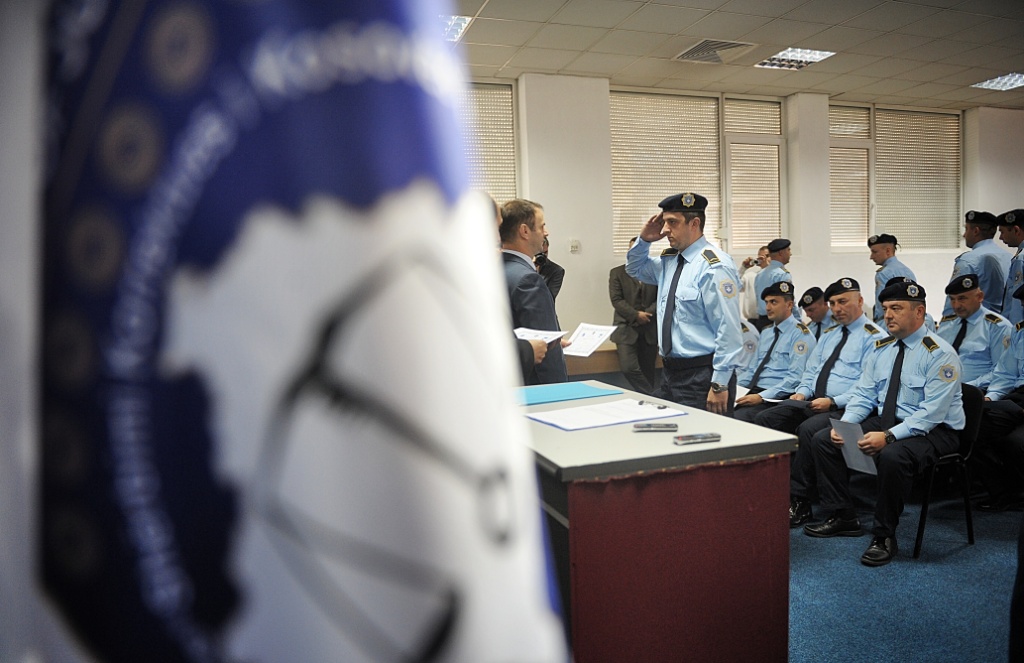 On 13 November, EULEX attended the graduation ceremony of 25 new officers of the Kosovo Correctional Service (KCS) at the Kosovo Academy for Public Safety (KAPS) in Vushtrii/Vučitrn. EULEX was represented by Head of Strengthening Division, Peter Bach, and the Chief of Correctional Unit, Markko Hokkanen. Minister of Justice Kuci welcomed the graduates into the KCS.

In the framework of the EU-facilitated dialogue EULEX supports the integration of personnel of Civil Protection into Kosovo institutions. These KCS officers were part of this integration process. After a three months training at the KAPS and in the field, they  will now take up their duties as Correctional Officers  at the Mitrovica Detention Centre, where they are a much needed addition to their staff.