EULEX participates in 16 Days of Activism against Gender Based Violence. 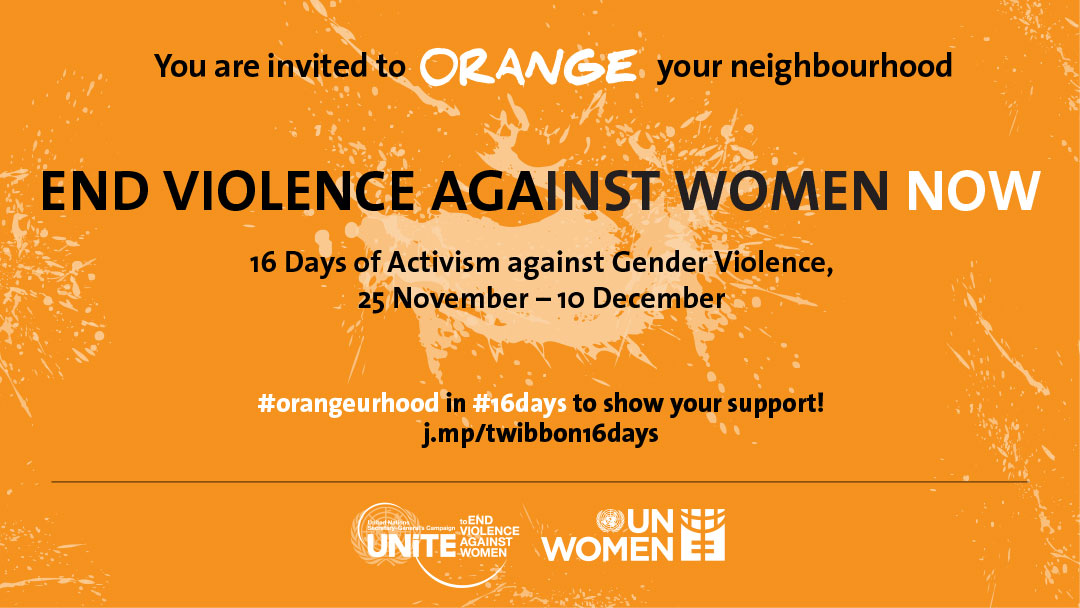 The International Day for the Elimination of Violence against Women on November 25th begins a global 16-day campaign that aims to bring together societies in fighting gender based violence. The campaign lasts until Human Rights Day on the 10th of December.

The program includes dozens of events, ranging from exhibitions to panel discussions and theater performances. A full list of the events is available on the campaigns website.

The theme-color of the campaign is orange, to reflect hope for a brighter future ahead.  During the campaign, landmarks and media around the world will turn orange in a show of support. Everybody is welcomed to join in and wear orange during the campaign.

The 16-days campaign is coordinated in Kosovo by the Security and Gender-Group. This multi-stakeholder group includes Kosovo institutions, civil society organizations, international agencies and missions, including EULEX.