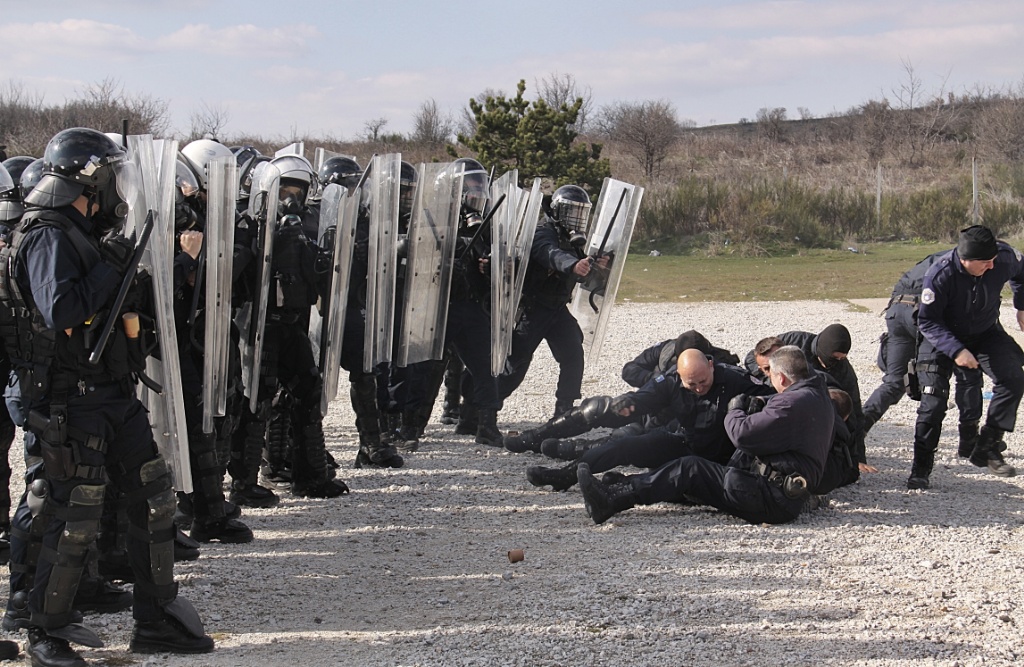 The event was an opportunity for KP Regional Command teams to build teams and practice for unannounced disturbances such as riots or large protests. To gain such experience, mock riots were performed, first by the EULEX’s Polish Formed Police Unit (FPU) and then by KP’s Quick Response Teams themselves. Thomas Guetlein, EULEX Special Police Department, facilitated the event prepared by the Polish FPU and monitored the training with support by EULEX’s Police Strengthening Station Advisor, Ferenc Szel.

“We wanted to give KP’s Quick Response team the opportunity to experience first-hand what it feels like to face out of control protests, and most importantly, how to bring them under control working together, north and south.” Guetlein explained.

Having the training take place at a shooting range in the hills of Kosovo was ideal as the large open space allowed for a highly realistic simulation of an out of control protest. Quick Response teams in mixed Platoons were able to experience various scenarios of how a protest can escalate.

The training was a part of EULEX’s continued effort to increase the CRC capacity of KP and strengthen north-south collaboration through providing Monitoring, Mentoring and Advising assistance. The training also demonstrated EULEX’s commitment to making safety the number one priority of its support to Kosovo institutions.