Students from Belgrade Visit EULEX â We Want A... 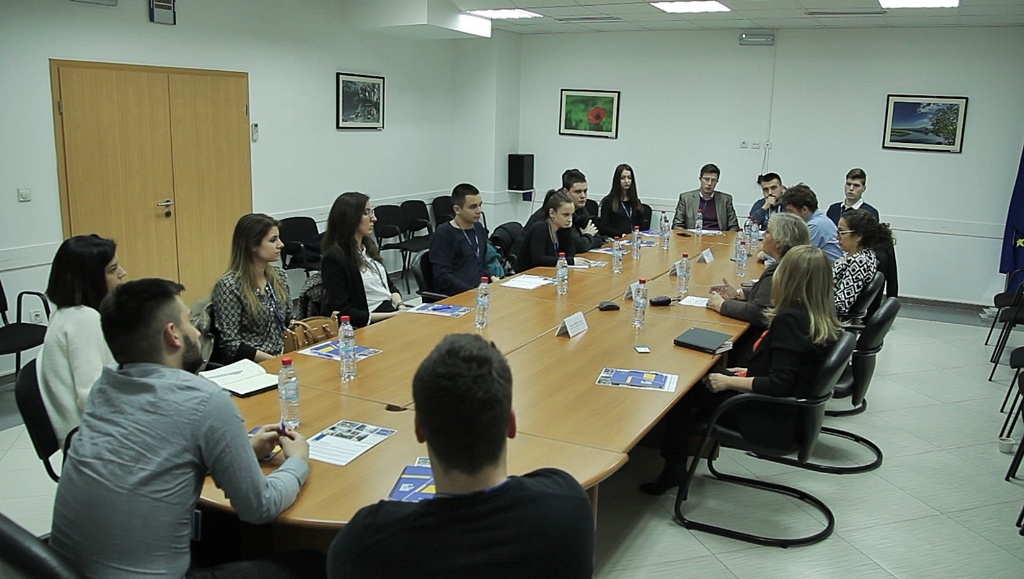 Twelve students from the University of Belgrade, Faculty of Political Sciences, supported by the NGO Youth Initiative for Human Rights (YIHR), met with EULEX HoM Alexandra Papadopoulou to better understand the Missionâs mandate and current challenges. Their visit represents the first time that students from the University of Belgrade met with EULEX.

Ms. Papadopoulou discussed the Missionâs mandate, ways EULEX interacts with other international actors to strengthen Kosovo rule of law institutions, and on-going efforts to support Kosovoâs European aspirations.  âEULEXâs success is tied to Kosovoâs success. The Mission will be judged in the future based on the extent of Kosovoâs success in building a sustainable judicial system that complies with EU standards and best practicesâ.

The Belgrade YIHR office organised a robust four-day program for the students. When asked the significance of the visit, YIHR program assistant Ms. Jovana Prusina replied, âThis visit is important for us as young students who will one day become Belgradeâs leaders and policymakers.â She continued, âFacilitating these interactions is important for the region, if we want a better future for the Balkans.â

YIHR is an NGO that operates throughout the Balkans to promote truth, justice, responsibility and equality as basic values. The organization seeks to protect the victims of human rights violations, establish new connections in the region among the post-war generation, and to include youth in the process of transitional justice.