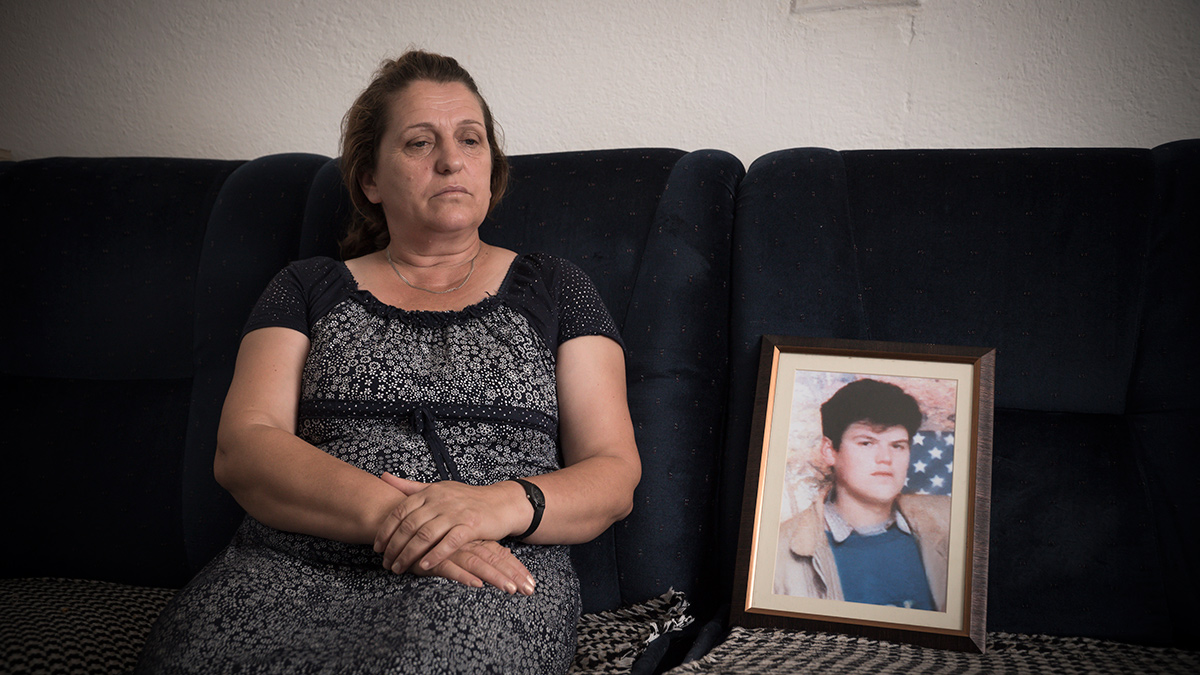 Just like every year, Fatime Krasniqi went to her husbandâs memorial to mark the eighteenth anniversary of his disappearance in a village of Qupreve e Ulet in Klina municipality, where she lives with her three children.

Little did she and her family members know that just a few days later she would be contacted by EULEX and the Institute of Forensic Medicine, IFM, in Pristina with news that the remains of her late husband Sefer Azem Krasniqi have been identified.

âI kept repeating to myself that maybe there was a chance he had not completely disappeared,â Fatime told EULEX.

The remains of Sefer were identified following the re- exhumation of the body parts of a number of other victims in Kralan. Seferâs remains, in fact, were found in the lone grave of another victim in the village of Balince, in Malisheva, a town and municipality in the Prizren District of Kosovo. The grave had been exhumed following EULEXâs initiative to examine previously closed cases where the DNA analysis was only done from one bone.


Sefer was found as a result of EULEX expertâs efforts to identify the approximately 1665 missing persons that have yet to be found or identified following the end of the war in 1999. According to the Humanitarian Law Centre, in the village of Kralan 78 Kosovo Albanian men who had been detained by Serbian forces were killed on April 4 in 1999.

Successful identification of victims killed in massacres such as this one requires a different approach. The working hypothesis on which EULEX experts now work is that each bone fragment could represent a different individual.

The advancement of DNA identification techniques brings renewed hope to the Missionâs continuing efforts to identify missing persons. Since the Mission deployed in December 2008, EULEX forensic experts have been integrated into Kosovo institutions such as the Institute of Forensic Medicine to facilitate the solving of such cases.

Fatime knew of friends whose family members had been re- exhumed in this manner, in order to facilitate the identification process. While aware of how traumatic such a situation can be for the families of those who have died, Fatime acknowledged the importance of the cooperation of families of loved ones who have already been identified, to give their consent for the exhumation of their family members. This is fundamental to facilitate the identification of other persons whose fate remains unknown.

âMy message to the families who buried their loved ones earlier without one hundred percent certainty on their identification, is to allow for the graves to be opened in order to make a proper assessment. Families should agree to ensure the proper identification of the victims. It has been very difficult for me, going to visit an empty grave â , said Fatime expressing her gratitude for the efforts that led to Seferâs identification.

While this decision, and the procedure, can be incredibly hard for the families, thanks to these re-exhumations and the following DNA analysis, people like Fatime have finally been able to know the fate of their family members.

Tarja Formisto, the Deputy Director of the Institute of Forensic Medicine from EULEX, explained some of the major obstacles to the identification of missing persons. âWe have knowledge of how people went missing, but in some cases, the information is very poor, or we have no information at all. Not all missing personâs families have given blood, and many missing persons are elderly, without family who can give blood, and we have even families who refuse to give blood.â

Fatime appealed to the families of the missing who have not assisted the forensic experts in identification processes by providing blood samples to come forward and do so. âMy message for the families who have not given samples for identification of their loved ones is that they should go forward and hand over blood samples, and not wait for EULEX to request these. Without this it becomes extremely difficult for EULEX to identify your loved ones.â

From a forensic perspective, further obstacles to the identification of the missing remain. Where the remains of individuals who died in situations of mass killings have been recovered, forensic experts must go through the long process of identifying every bone fragment that has been found at the scene of the crime. However, this method, as well as exhumation, has seen success in the identification of additional individuals. Since the mission deployed in December 2008, when EULEX began working with the Institute of Forensic Medicine (IFM), the remains of 495 victims have been returned to their families. These include 390  missing persons who were found following 570 intensive field operations and laboratory analysis, autopsy and identification work and nearly 2200 DNA bone samples analyzed.

Since September 2016, the EULEX Forensic Archaeologist expert has been implementing the use Geographic Information Systems (GIS), which provides experts with a more in-depth analysis regarding missing and identified individuals and facilitates verification of adequate blood samples from the families of each missing person. Technological advances such as these have produced results that indicate successful progress in the field of identifying missing persons.

EULEX Head of Mission Alexandra Papadopoulou affirmed EULEXâs commitment to solve the open cases of those who are missing. âEULEX is here to help Kosovo institutions move forward while dealing with issues from the past, including the identification of missing persons.  The more time passes, the harder the identification process gets, but as long as we are here, we will never give up.â

EULEX takes this opportunity to urge families who have not yet done so to cooperate with the relevant authorities by providing blood samples for DNA analysis, which, this long since the persons went missing, becomes fundamental to the successful identification of missing persons such as Sefer, and all those loved ones in Kosovo who are still missing 18 years after the end of the conflict.

Today, 30 August marks the International Day of the Disappeared. On this occasion, EULEX takes the opportunity to remember those who have gone missing and the plight of their families.