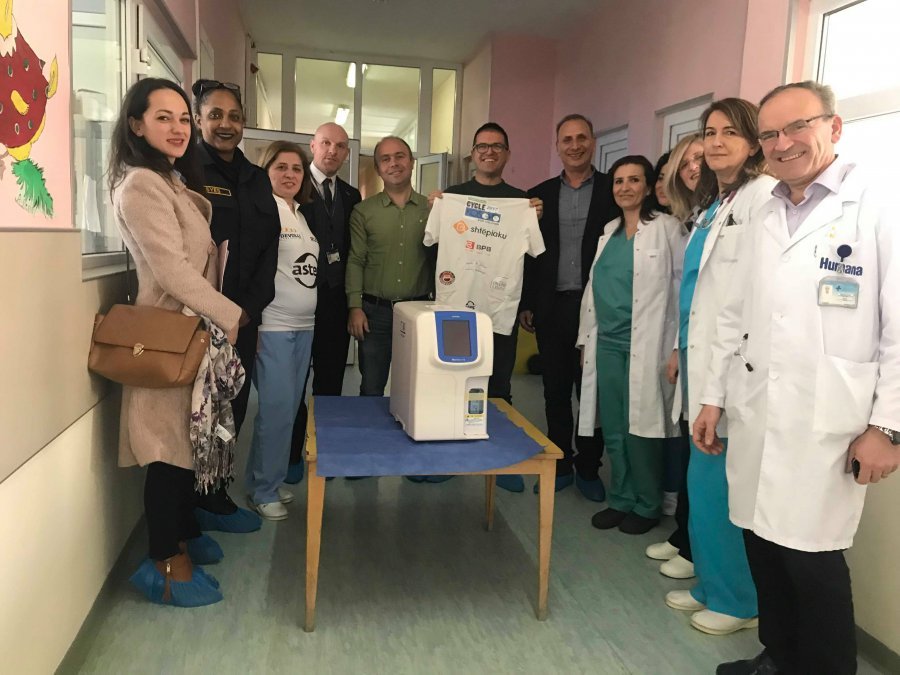 Mark Dixon, Head of EULEX Advisory Unit on Police and Border Matters, handed over the much needed neonatal equipment during a donation ceremony at the Neonatal Care Unit in the Peja/Pec, Kosovo.

The equipment was provided by the funds raised by last yearâs fourth annual Cycle Kosovo for Children charity event and saw cyclists tour Kosovoâs major towns and cities, covering a distance of 500km with over 6000 meters of climbing.

The 2017 event raised a grand total of 8,384.50 Euros through corporate sponsorships, individual online contributions and raffle prizes. It was a great success and was also the first year to be organized primarily by local cyclists and the Action for Mother and Children charity.

The running total raised from the last four years has reached nearly 50,000 Euros where each year the tour has the same goal; namely raising funds for the benefit of the Actions for Mothers and Children charity that supports Prishtina University Hospital Maternity Unit and other regional units.

The equipment donated to the Peja/Pec unit is an essential item to measure the severity of blood infections in babies, allowing for prompt antibiotic therapy, proper duration of antibiotics, and treatment follow-up. This treatment is highly efficient as the results would be ready in 4 minutes and the use of this equipment is expected to improve the efficiency of care provided for newborn babies in Peja.

In the past the money raised has been used for the purchase of a haematology analyser, UV lamps for baby incubators and Cardiopulmonary Monitors, which have all been donated to the Maternity Unit.

Mark stated, âAll of us involved in the Cycle for Kosovo for Childrenâ charity event, are very pleased to deliver this equipment to the unit. We are very grateful for all the support provided, including that of the logistical support from EULEX for the fourth year.  Itâs our hope the event will now establish itself as an annual charity eventâ.