Helping life where it begins 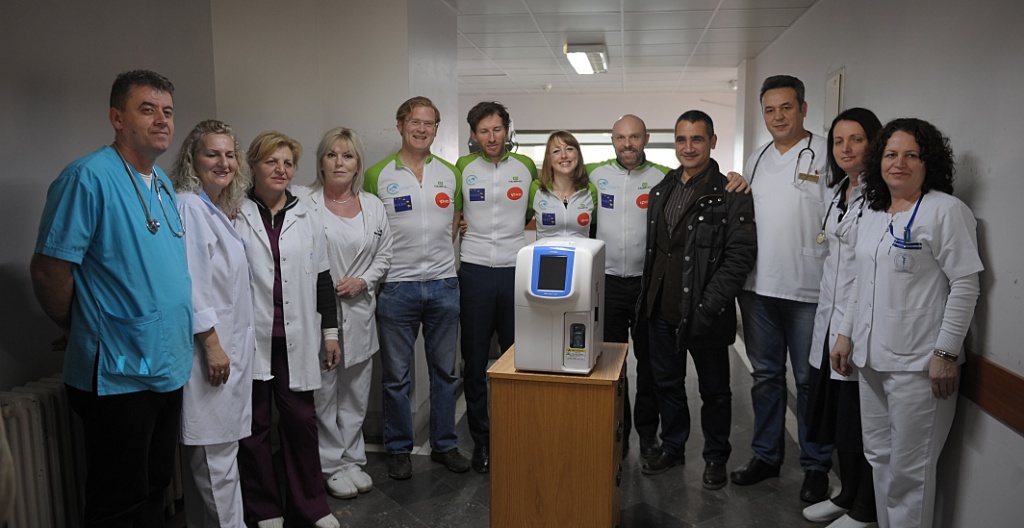 Kosovo has the highest infant mortality rate in Europe. This being largely due to a lack of basic equipment needed to diagnose early health problems in new born babies.

The Cycle for Kosovo organisers worked directly with the charity Action for Mothers and Children to purchase a Haematology Analyser for the Neonatal Unit here in Pristina. This device will enable the quick diagnosis of blood related problems in infants, and is a vital piece of equipment in modern neonatology.

"The unit desperately needs this piece of equipment to vastly improve the standards of care delivered to all babies in Kosovo" explains Mark Dixon, one of the Cycles for Kosovo organisers.

The Cycle for Kosovo organiser's main aim was to raise as much money as possible, raising 10,000 Euros which would enable the purchase of much needed medical equipment.

With the determination of the cyclists and the help of many volunteers and support of Kosovo Police, the targeted amount of money was raised and the goal of purchasing the medial equipment has been accomplished.

"This has been a yearlong project starting back in January 2014, all of us involved in Cycle Kosovo for children, both cyclists and support members are very pleased to deliver this valuable piece of equipment to the hospital today", says Mark.

The Director of the Neonatal Unit Mynevere Hoxha, expressing her gratitude for the support from the Cycle for Kosovo organisers and the Action for Mothers and Children NGO, said that the donation of the machine will be of tremendous help for the Neonatal Unit of the UCCK.

"This equipment enables us to very quickly run blood tests of infants with very small blood samples. So far we had to either send the blood samples to other UCCK labs or even private labs in Pristina, which resulted with delays or even wrong results. The machine is very easy to use and can very early determine any diagnosis of the infant through blood tests," said Mrs Hoxha, emphasising that the machine will help to save babies lives.

"We are particularly interested in local participants becoming involved either as cyclist or support member of the team," says Mark.