EULEX participates in the BIRN âWar Crimes Conferenceâ in Sarajevo 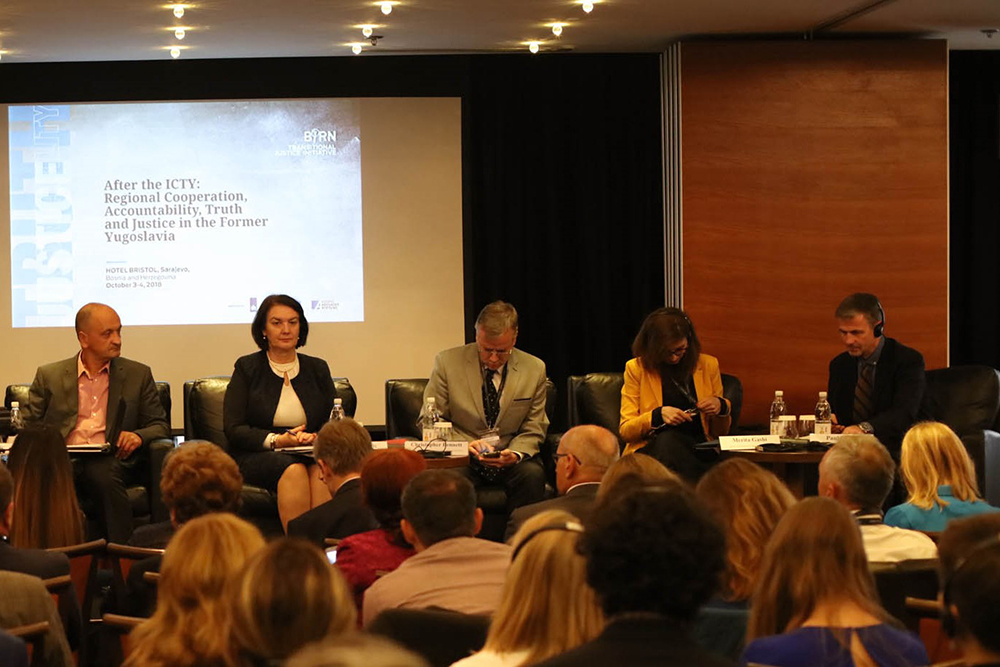 EULEX representatives participated in the Regional Cooperation on War Crimes Conference organized by the Balkan Investigative Reporting Network (BIRN) in Sarajevo between 3 and 4 October.

The central message relayed by representatives of most of the Prosecution offices in the former Yugoslavia is that there is little or no regional cooperation between neighboring states in the region when it comes to war crimes investigation and/or prosecution. This greatly diminishes relevant authoritiesâ capacity to ensure accountability and justice for war crimes committed during recent past conflicts.

The conference was attended by regional representatives from Croatia, Bosnia and Herzegovina, Montenegro, Kosovo, Serbia and by speakers from international institutions. While highlighting the initial limited successes achieved by EULEX in the field of regional cooperation, Paul Flynn, EULEX Prosecution Manager, explained that such cooperation at present was almost nonexistent due largely to political difficulties.

He referred to the fact that EULEX had participated, prior to 14 June 2018, in the drafting of a National War Crimes Strategy, which so far remains unapproved nor adopted by local institutions. Flynn underlined that it was necessary for local actors to come together to adopt it without delay, stressing that regional cooperation is a crucial element to the success of such a strategy. He furthered that without a War Crimes Strategy it would be difficult for local prosecutors to close the many open war crimes cases with a cross border dimension that EULEX is currently handing over to them.