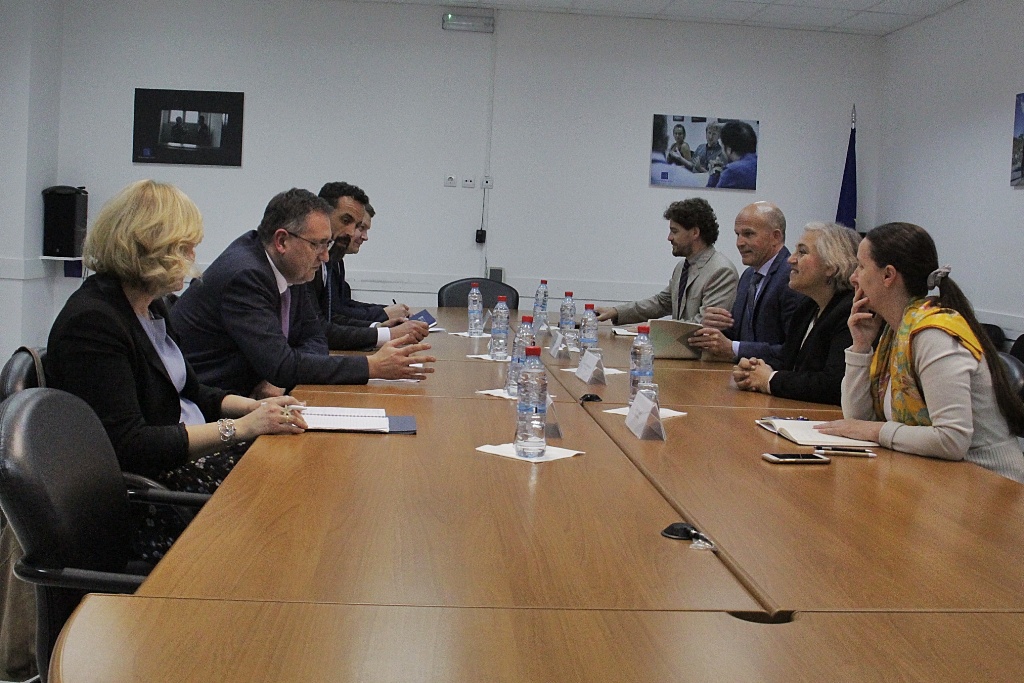 On 20 May, EULEX Head of Mission, Alexandra Papadopoulou, met with a delegation from the Ministry of Foreign and European Affairs of Croatia headed by Assistant Minister Miroslav Papa. Mr Papa was accompanied by the Acting Head of Division for EU Candidates and Potential Candidates at the Ministry, Mr Antun Herceg, and Ambassador of Croatia in Pristina, Ms Marija KapitanoviÄ.

"Croatia as a key regional actor plays an important role in Kosovo and its continued support for EULEX's work on the ground remains essentialâ, remarked Ms Papadopoulou. EULEX HoM and Mr Papa exchanged views on the current rule of law and security situation in Kosovo and the visiting delegation was also briefed on the ongoing activities under the current mandate of EULEX.