Against the odds â Ritva Vahakoski leads us... 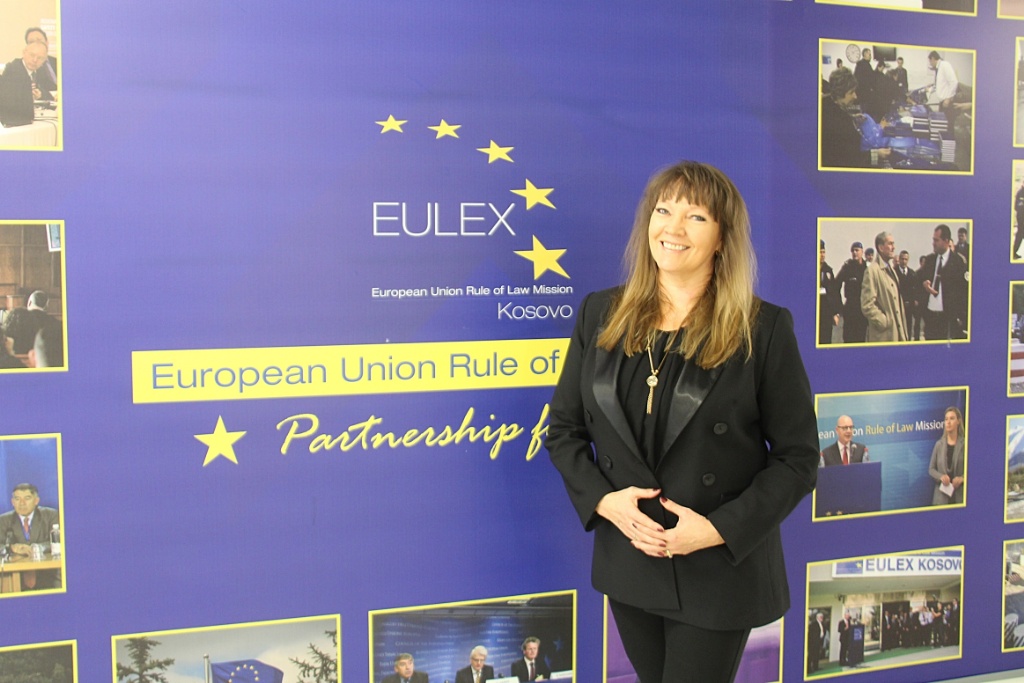 âCell 21â, an autobiographic story of a prisoner in Finland, triggered the extraordinary desire of the then 19-year old Ritva to explore the challenging world of the correctional services. When her father, Niilo, who worked in Finlandâs prison service, mentioned that he personally knows the author of the story, Ritva jumped at the opportunity and asked her father for more inside stories about life in prison.

âGo find the stories yourself,â he challenged Ritva.  And she did. Her career journey in the correctional service began exactly then, at the age of nineteen. She was just out of high school and she already aimed to work at the Helsinki prison service, which was a closed male prison.

âBack then, the fact that I was a woman meant that it was impossible for me to work in a male prison. So, I had to work in a female prison. Back then, I was the youngest correctional officer. And that was the hardest school I ever attended.â  This experience further encouraged and inspired Ritva to choose her lifeâs vocation â a career in the correctional service sector. It was a life lesson as well. She learned to smile through the storms and to believe in the better of the world.

Her father supported her choice to follow a male-dominated profession and was happy that Ritva chose to follow his footsteps. Ritva has studied along the years and has a Masterâs Degree in Social Sciences.

Fast forward a few years and Ritvaâs challenge-seeking character brought her to Kosovo.  In 2012, she joined an EU Twinning project as an expert in this field to manage a working group to develop specialized studies for prison and probation services in the bachelor degree curriculum. As a principal lecturer in the Training Institute of Prison and Probation Services in Finland, she has also trained staff of the Kosovo Correctional Service on prisoner assessment and motivational interviewing techniques. From 2016 to 2019, she worked as the Resident Twinning Advisor in the Kosovo Academy for Public Safety covering the fields of Kosovo Police, Kosovo Correctional Service, Kosovo Probation Service, Kosovo Customs, Emergency Management Agency and Kosovo Police Inspectorate.

Kosovoâs correctional service presented a professional challenge for Ritva and attracted her to stay and to continue to work here. But, when talking about the main reason she decided to stay in Kosovo, she firmly says: âI find it very challenging and motivating. There is still a lot of work to be done and quite many things need to improve.â

Ritva has been the Chief of the EULEX Correctional Unit for a year now. However, her cooperation with EULEX dates back to 2010, just two years after the Mission had been established. Back then, she hosted a study visit to Finland by a Kosovo Correctional Service group, which was part of one of EULEXâs small scale projects. She also was an external lecturer in another EULEX small scale project in 2015.

âAt that time I never thought, not in a million years, that I would become part of the EULEX family,â she recalls. However, an opportunity in EULEX came up and Ritva took it immediately, without a second thought.

âThere is no typical day for me, every day is different. If I stayed in the office the whole time it would certainly be a routine job. But, I choose to be in the field as much as possible so that I can show support for my team and the Kosovo Correctional Service management staff. I also work hard to ensure that our coordination with all other international partners, such as the International Criminal Investigative Training Assistance Program (ICITAP), UNMIK and the OSCE is at a satisfactory level for everyoneâs benefit, especially our local counterpartsâ benefit.â

Her next target as the Missionâs Chief of the Correctional Unit is to help the Kosovo Correctional Service to implement the contingency plan on instructions for responding to an incident/attempted suicide/suicide and death in custody, which was drafted together with EULEXâs Medical Unit and handed over to the Kosovo Correctional Service. Supporting prisoner assessment and sentence planning is also a very important topic in the near future. In addition, explicit and structured rehabilitation programmes are very much needed. These programmes were part of an EU Twinning Project which ended in February and the next steps in supporting such programmes were handed over to the EULEX Correctional Unit. âThis is maybe the biggest challenge and it takes years for such programmes to be implemented properly. We must work on recidivism, but people are mostly focused on safety and security, which obviously is the base for a good correctional service and rehabilitation of the prisoners,â Ritva explains.

In her private world, besides sport, cooking is Ritvaâs a big passion. âI love good food. I like cooking for myself and my friends here. We gather to cook Finnish dishes and celebrate national holidays. It is a type of home away from home,â explains Ritva.

Being away from home, what does she love the most about Kosovo?  âPeople. They are so friendly. And food. And -of course- the macchiato, which is the best in the world,â she points out smilingly.

Going back to when she decided to join this challenging field of work, Ritva proudly emphasizes:  âI am the living proof that a woman can have an accomplished career in this male-dominated sector. Several times during these years I have been the first-ever woman holding the position.â

Let this serve as a voice for women in Kosovo and elsewhere that everything is possible if you set your heart in it, work and study hard, and -most importantly- do everything with tremendous passion.