âDonât just protect your daughter, also educate your son! Without raising awareness among boys and men, it is impossible to solve these problems!â â Read the story of Aylin Sozen, EULEXâs Thematic Lead Monitor of Gender-Based Violence Cases 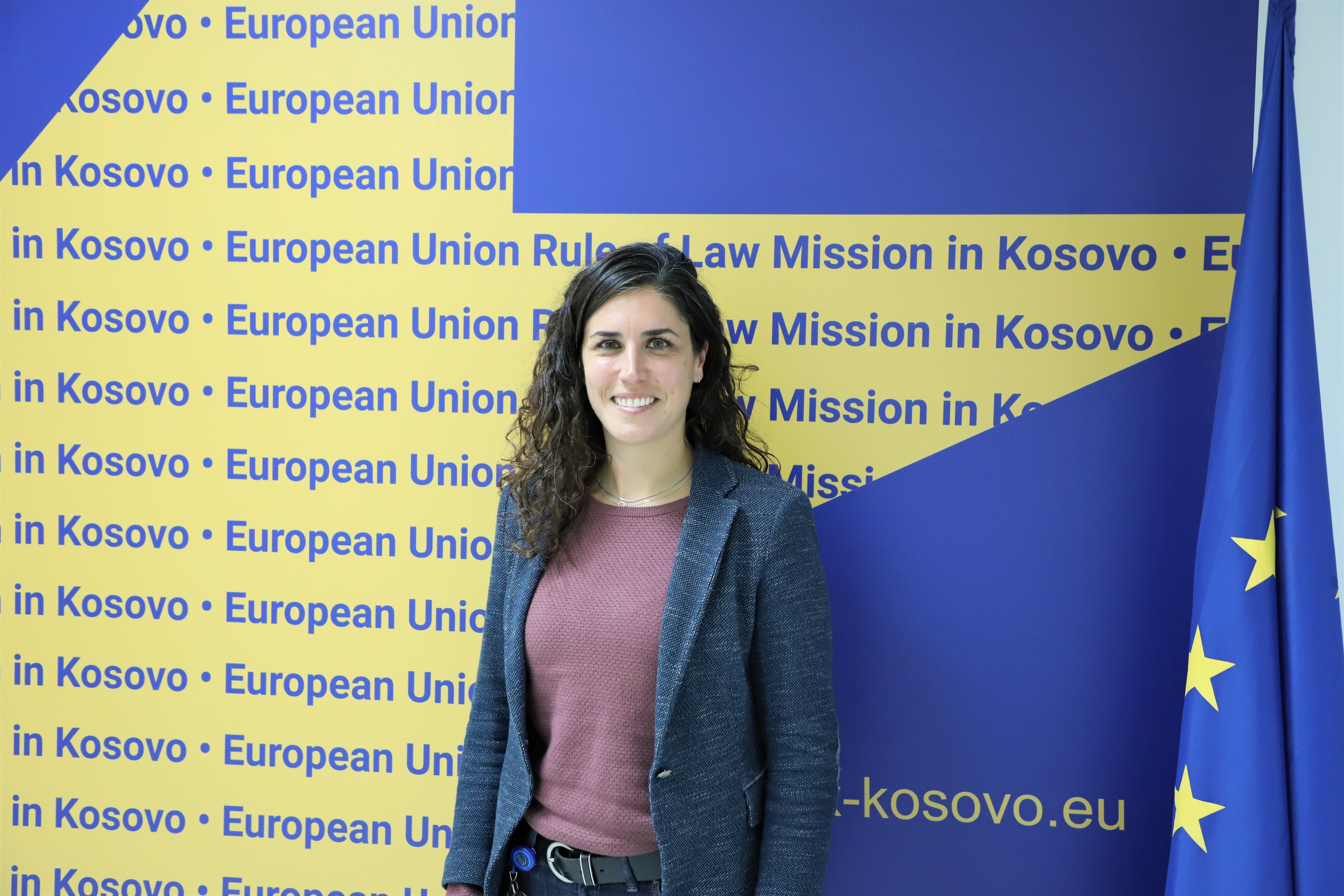 The 1 in 3 ratio of women being predominantly the victims of gender-based violence in Kosovo, shows a staggering need to address this alarming issue through a whole-of-society approach, which includes the entire justice system. To contribute to this, the European Union Rule of Law Mission in Kosovo (EULEX) has appointed a Thematic Lead Monitor of Gender-Based Violence cases, who monitors daily how the police, the prosecution and the courts handle gender-based violence cases.

This is Aylin Sozen, a police officer from Germany, who joined the Mission in April this year. Since then, she monitors selected gender-based violence cases in Kosovo on a daily basis: âWe select the cases we need to follow up on based on the reports we receive from the police, the prosecution and the courts. We then monitor selected cases at the entire chain of the criminal justice system. We discuss with our rule-of-law counterparts about best practices and we check if there are any specific issues that need to be addressed,â explains Aylin.

It is her first time in Kosovo and the first time she is working in an international environment. However, given that Aylin has a Turkish background, it all seems very familiar to her: âThe culture, the people and some cities are similar to Turkey, so I felt like home even during my first week here.â

Before joining EULEX, Aylin worked for the German Police in North Rhine-Westphalia for 19 years. As a German police officer, the field of gender-based violence was not an unknown territory for her even before she became the Missionâs Thematic Lead Monitor of Gender-Based Violence cases. âIn Germany the police officers such as myself are the first respondents to all gender-based violence cases that are reported to the police. In addition, I was responsible for the risk assessment procedures for victims, so I basically dealt with such issues on a daily basis,â she recalls.

While talking about the police system and the way it is structured to respond to gender-based violence cases, Aylin finds quite some similarities between Kosovo and Germany: âThe standards in Kosovo are high, the Kosovo Police has standardized processes, risk assessment procedures for victims, protection orders etc. These are the same steps we undertake in Germany when we handle gender-based violence cases.â What Aylin sees as a highlight in Kosovo is the âVictims Protection and Advocacy Officeâ, a system that doesnât exist in Germany. âI believe that this office is very useful because the victims know where to seek help. This office also helps the victims know their rights and ensures that victims who are minors are supported and accompanied by social welfare officers,â says Aylin.

As we are almost in the middle of this yearâs â16 Days of Activism against Gender-Based Violenceâ campaign, Aylin highlighted some factors that lead to gender-based violence. âInevitably, socio-economic and cultural factors contribute to this negative phenomenon. It is also very important to recognize the role women and men have in a society. For instance, if men act as the main breadwinner of the family and women do not have access to the basic human and economic rights, then this may lead to gender-based violence as there is an imbalance of power in the relationship,â emphasizes Aylin.

EULEX is working in different levels of the rule-of-law system to tackle gender-based violence cases, starting from the highest level, i.e. by providing support and advice in law-drafting processes. âWe actively participate in working groups to build new Standard Operating Procedures (SOPs). For example, we have contributed in the creation of the SOP on how domestic and gender-based violence cases should be handled by various institutions and service providers. Another level of the Missionâs involvement is the cooperation with the police, the prosecution, the courts, the NGOs, and the shelters for gender-based violence victims,â further explains Aylin.

Discussing about the importance of involving men in the efforts to eliminate gender-based violence, Aylin notes: âI think it is one of the most important things actually. I recently heard a very nice saying: âDonât just protect your daughter, also educate your son!â Without raising awareness among boys and men, it is impossible to solve these problems.â

âTo reach equality, it is very important to have equal opportunities and equal rights. Thatâs why itâs immensely important not just to raise awareness among girls and women that they should have and they should seek equal rights. The same needs to be done among boys and men,â Aylin firmly points out.

Towards the end of the interview, Aylin also mentions how âchanging the mindset of a society needs to be done systematically by raising awareness of gender equality and by mainstreaming gender in all levels of society. This is a matter that needs to be tackled and discussed on a daily basis. While the â16 Days of Activismâ campaigns are great and do have an impact, they are not enough. Awareness raising efforts need to be invested every day.â

Aylin leaves us with a chunk of her positive energy by reiterating that girls and boys should have equal opportunities and chances in life, and -most importantly- that they should have the freedom to choose their roles in society.