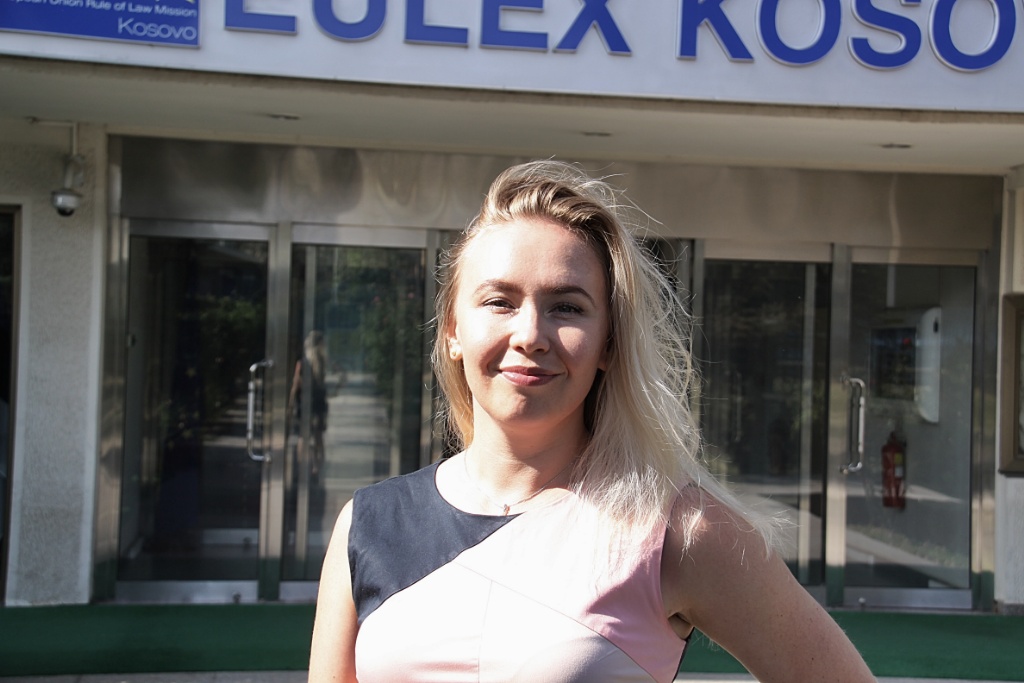 When she was born in a remote academic town in Siberia, then part of Soviet Union, Yuliaâs family was convinced that she would follow the trodden footsteps of molecular biologists and virologists, securely established by a household tradition. But this daughter of Siberian taiga had an entirely different idea of how she wanted to spend her life. From an early age, Yulia says, she wanted to explore and be free.

Growing up and studying in Siberia and later in Moscow, she got her French-Russian MA from a school that produces Russian diplomats. Once graduated, she had a choice of whether to work for the Ministry of Foreign Affairs or do something else. She chose âsomething elseâ and became a foreign affairs correspondent with an independent news agency, and her journey began.

For years Yulia has worked all over the world, reporting on some of the most topical world affairs, including, for example, the 2006 war between Lebanon and Israel from Beirut. âI became a war correspondent overnight, but cka me bo!â In 2006 and 2007, as a Balkan correspondent she covered the negotiations between Pristina and Belgrade. âI would come to Kosovo on a bus from Belgrade, drive around, interview people, intellectuals, politicians, everyone. It was interesting but also emotionally hard at times. I cried with every nation in the Balkans.â

Yulia valued the importance of balanced reporting and at that time was amongst a few Russian reporters who equally and fairly covered both Belgrade and Pristinaâs perspective.  âBack then I felt it was my obligation to give voice to both sidesâ, says Yulia. So she interviewed both presidents Tadic and Seydiu, and prime ministers Kostunica and Ceku, and even ended up organizing a press-conference for the latter in Moscow â the only one a Kosovo Albanian politician ever had back in 2000s.

Gradually her focus switched towards US and European politics whist on top of that she became a visiting fellow at the London School of Economics and Political Science. âOver the years I did a lot of things at the same time. Even in the UK and Italy, where I lived, I covered political affairs as a journalist and was simultaneously working on my PhD thesis on Islamism and jihadism in the EU countriesâ. Yulia got a PhD in political science in 2012.

After years of working as a journalist and political analyst, Yulia jumped at a chance to contribute to Kosovoâs EU path, by getting a job in EULEX. She always wanted to come back to the Balkans and sheâs especially happy to have returned to Kosovo. Itâs been little over a year and she still remembers when she first arrived. âComing back in the spring was lovely: with trees blossoming and great atmosphere!â she says with dreamy eyes.

Now Yulia, seconded by Italian Ministry of Foreign Affairs, works as Programme Manager for the Chief of Staff office where part of her job is being involved in the implementation of the transition roadmaps in close cooperation with Kosovo counterparts. These roadmaps spell out a set of actions that must be taken by Kosovo authorities in order ensure that the transition of EULEXâs responsibilities in certain rule of law areas goes smoothly. âI was tasked to look into different ways for the Mission to exit, and this is how the current roadmaps were born. There is little in them for EULEX to do, we are merely coordinating and providing expertise, roadmaps are aimed to cement the local ownership of the rule of law. This is the best part of my job!â

She works with her local counterparts weekly, if not daily, on assessing what needs to be done, what should be the next priority, and how the necessary changes â ranging from recruiting a data admin to amending a law - can actually happen. âAchieving the âgroup clarityâ was the hardest part because we all came from different institutions and anglesâ, says Yulia. She takes a moment to say how appreciative she is of their cooperation and her high hopes for the future, âI have amazing counterparts from KJC and the Ministry of Justice. They are all smart and passionate people who I much enjoy working with, and seeing their work gives me a lot of optimismâ.

She likes living in Pristina and smiles as she mentions that with two small children, a daughter aged 10 and son aged 5, being a working mum in a small city is a huge relief. She doesnât need to drive 2 hours to a play date and life is very comfortable here. Most importantly, her children are happy.

Both children have lived in the UK and Italy but still, moving in the middle of the school year wasnât the easiest time. Yet theyâve settled in well, âIâm extremely proudâ, Yulia says, beaming. âI knew they settled in on the day when they asked mantiyas for breakfastâ, she says laughing. Yulia is also an enthusiastic athlete working out every night in Steps Elite Fitness in Veternik â high intensity training, similar to CrossFit - and is a passionate baker. âI train so that I can eat my bakesâ, - she says.

The cultural relatability is what Yulia loves the most about Kosovo. She found the Western countries sometimes too individualistic and occasionally lonely for immigrants. âI missed being in a place where people would ask me a thousand questions, even the most personal ones and will be more open as human beings. I guess here one of the first things I leant in Albanian was the question âAre you married?â, and she laughs. She adds that she is in love with the kindness of people in Kosovo and their overwhelming hospitality.

âI believe that every human being has a right to enjoy safe and prosperous life with his or her basic rights enforced by the institutions. And I wish no less for Kosovo people. I am very proud to be part of the EU rule of law mission in Kosovo. We are not perfect but no one in EULEX comes to work thinking on how to mess things up, quite the oppositeâ. She adds that she wanted to be a prosecutor when she finished high school but her parents were strongly against it because 1990s in Siberia were wild with mobsters ruling the neighborhoods. âWith your sense of justice, you will be killed in the first month of workâ, - said her mother.  But Yulia says the dream never left her and joining EULEX was a way to come to it as close as possible.

When asked about the future, Yulia does not have a concrete answer. âNow I am here and I am very happy professionally and personally. But I want to grow and do moreâ. In the end, all that she wanted was to explore and be free.