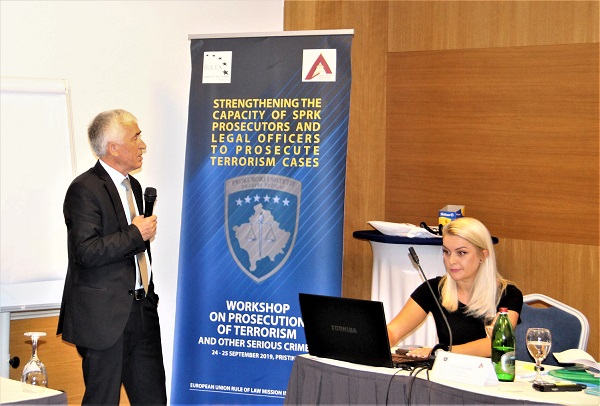 To strengthen the capacity of Kosovoâs Special Prosecution Office to effectively deal with emergent challenges in the prosecution of terrorism cases and other serious offences, EULEX, together with the Academy of Justice, organised a two-day intensive workshop on handling terrorism cases for 22 SPRK prosecutors and legal officers.

The participants, together with four Special Department judges, legal professionals and representatives of the EU family participated in the workshop and shared their expertise, concerns and suggestions on handling such cases.  The topic of the workshop was selected based on the findings of EULEXâs case monitoring unit, whose robust monitoring identified that additional capacity-building support would be needed in the area of prosecuting terrorism cases.

Speaking about the importance of the workshop, Special prosecutor Afrim Shefkiu said: âIt is a true pleasure to be a part of this training course due to its immense importance in strengthening our skills in the fight against terrorism in a regional and international level. Terrorism does not recognize borders. It exists everywhere in the world, but I believe that when we mobilize prosecutors, police forces and colleagues in the region, we can achieve our goal in preventing terrorism.â

EULEX Acting Head of Mission Bernd Thran stated: âTerrorism is already highly complex. But in todayâs world, terrorism has become complex beyond recognition. Its change in complexity has been more rapid in the last ten years than at any time before it. And the challenge being faced by Kosovo is a challenge that is brand new to us all: other prosecution systems around the world have been scratching their heads at how to handle the crisis that erupted in the Middle East in parallel with global technological changes and advances.â

The expected outcome of the workshop is to improve court pleading skills of special prosecutors, enhance their skill-set to effectively handle complex terrorism cases before the courts of law, increase the number of convictions and sentences in terrorism cases.

With respect to international best practices in terrorism prosecution cases, UK Barrister Janet Weeks pointed out: âWe all, as advocates, have to remember how important terrorist trials are in every country. Itâs about building trust and the capacity to prosecute the most serious cases. Through this course, we were reminded just how significant the role of a prosecutor is. It is useful to us in our own jurisdictions, but Iâm sure that it is also a reminder for all the prosecutors here just what an important role they play in fighting very serious crime and particularly terrorism.â

EULEXâs work in strengthening the capacity of the special prosecutors and legal officers to prosecute terrorism cases is a part of continued and joint efforts with the Kosovo Special Prosecution Office and the Kosovo Justice Academy to enhance their know-how and skill-set in tackling complex terrorism or other serious crimes cases before courts in an effective and compelling manner. 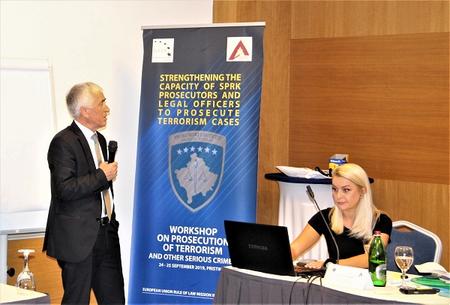 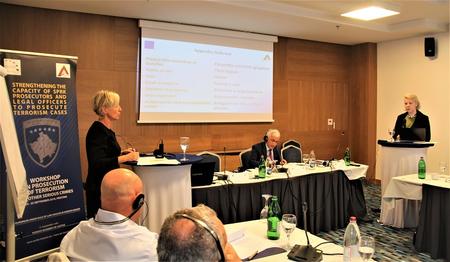 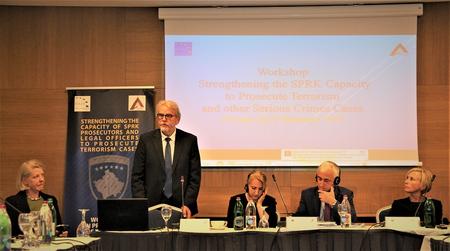