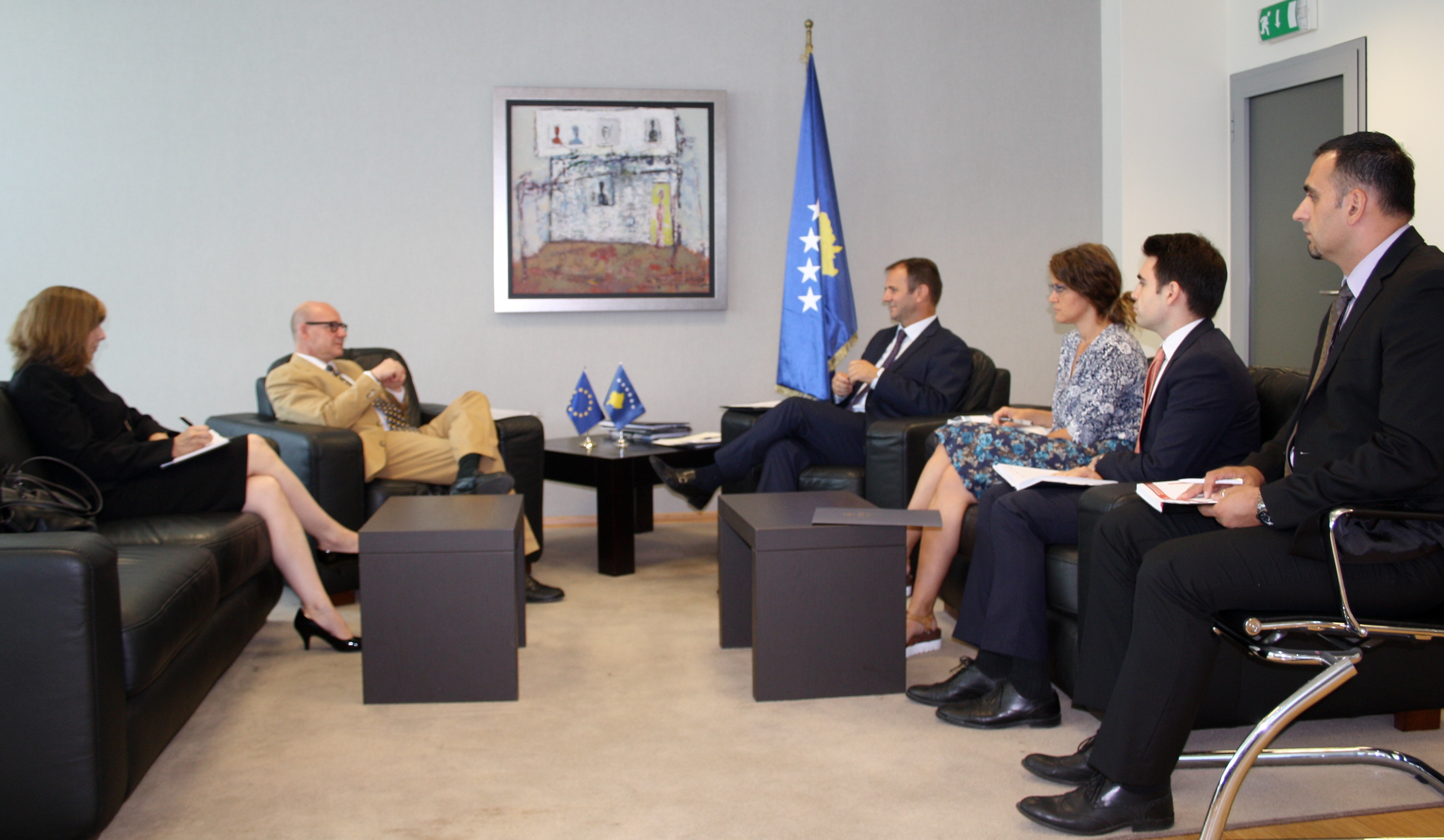 EULEX Head of Mission, Gabriele Meucci, and the Minister of Justice, Hajredin Kuci, met today to discuss ongoing issues on the judiciary in Kosovo. The Head of Mission and Minister of Justice agreed on the importance of prosecution of all war crimes, regardless of the political or ethnic background of the perpetrators. In addition, they discussed the impending end of EULEX’s current mandate in June 2016.