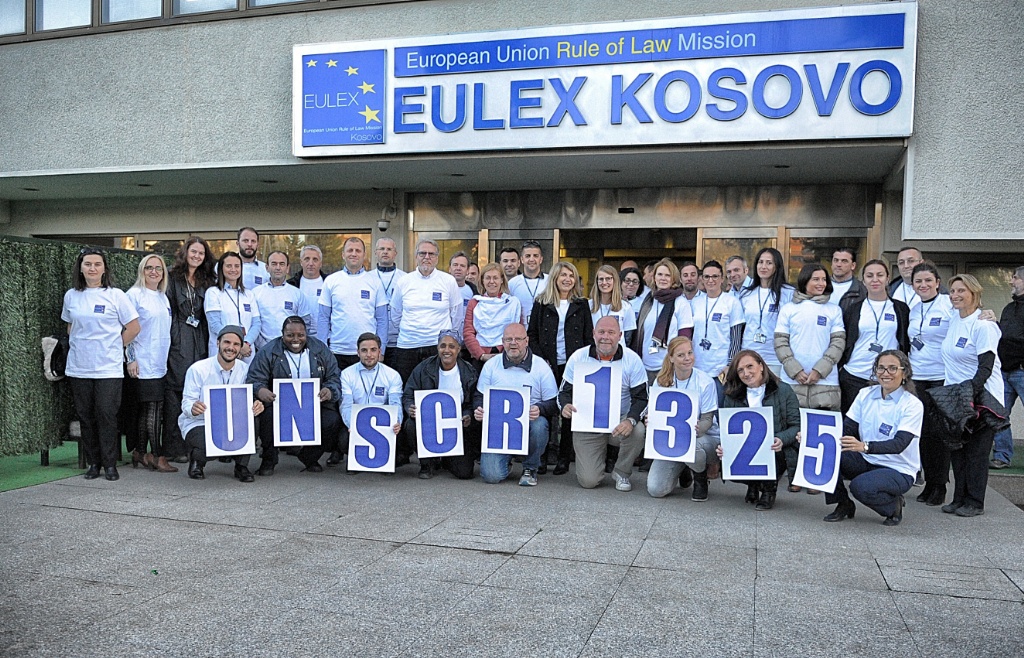 Today marks the 17th Anniversary of the UN Security Council Resolution 1325 on Women, Peace and Security. âEULEX supports the principals of UNSCR 1325 by including gender perspectives and gender mainstreaming through a gender focal point structure which has already received recognition as best practice. In furtherance of EU principles of gender equality, we encourage the inclusion of women in all facets of Kosovoâs rule of law institutions, including leadership positions,â EULEX Head of Mission Alexandra Papadopoulou emphasized.

On 31 October 2000, Resolution 1325 became the first ever decision by the UN Security Council that would recognise the important role that women and girls play in the prevention of conflict in their society, and promoting peace and stability following the end of the conflict. The resolution urges all actors to increase the participation of women in peace-building processes and to incorporate gender perspectives in international peace-keeping missions. It also calls for measures to protect women and girls from sexual violence, such as rape and sexual abuse, in situations of armed conflict.

The UN, for the past 17 years, has held an annual Security Council meeting on Women, Peace and Security to urge each Member State to more consistently promote and abide by the fundamental principles enshrined in the Women, Peace and Security agenda. âToday we remember the important role of women in conflict prevention, the peace-building process, and measures to protect women and girls further,â Papadopoulou added.

In a show of support for women around the world and their role in the resolution and prevention of conflict, EULEX Recreational Advisory Board volunteers organized a symbolic walk of 1325 steps for all Mission staff inside the EULEX headquarters to commemorate the adoption of the resolution and to reinforce its importance both in Kosovo and across the entire international community.

EULEX Acting Head of Mission, Bernd Thran, addressed the EULEX staff members at the assembly of the walk, stressing that gender equality is a core value of the European Union, and that the Mission fully supports the implementation of Resolution 1325. âIncreasing gender equality is a key objective of our mandate in the area of strengthening the Rule of Law in Kosovo,â stressed Thran. âWe should always strive to lead by example in our own institution. Once EULEX â and society as a whole â can remove all barriers to equality, we can take these steps together to ensure that we leave no one behind.â