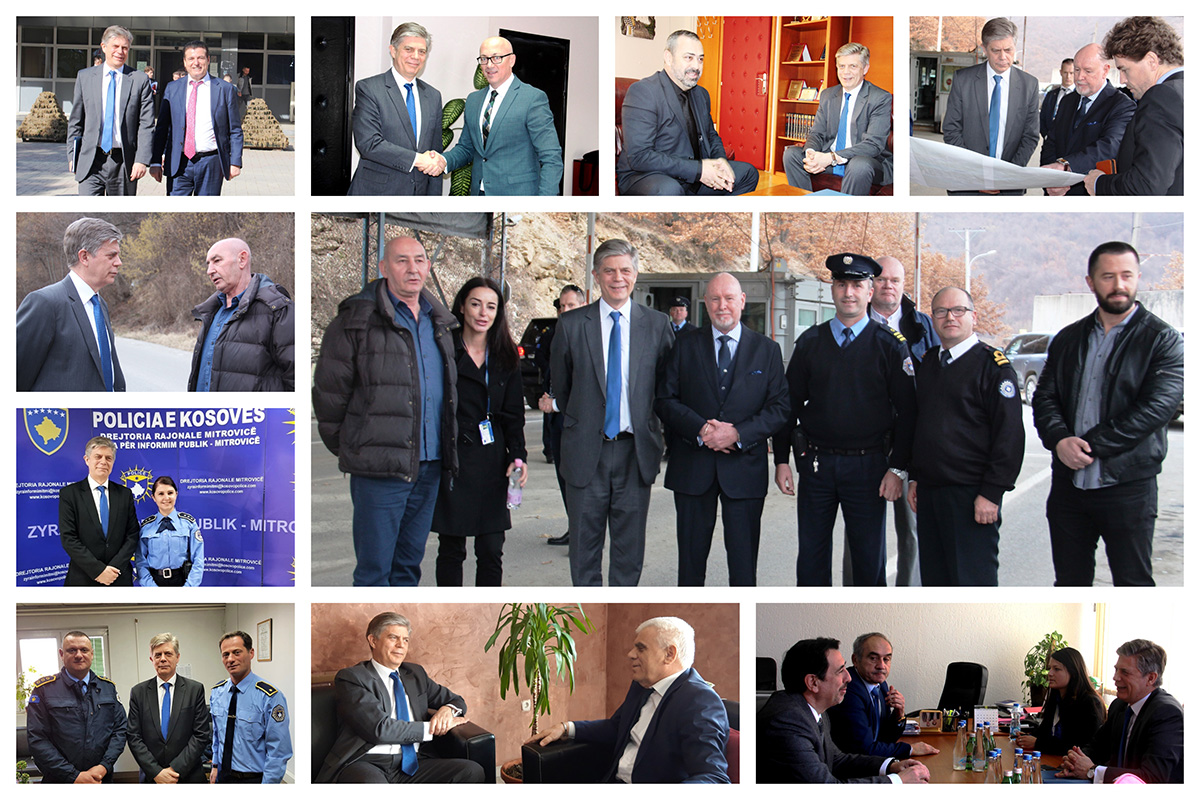 The Mayor of Mitrovica South, Agim Bahtiri, briefed Head of Mission Wigemark about the current political and security situation in Mitrovica, as well as the Mayorâs plans for the municipalityâs economic development. Discussing the importance of fighting crime and corruption, the EULEX Head said that the Mission will continue to support Kosovoâs rule of law institutions and expressed readiness to intensify the good cooperation between EULEX and the municipality. 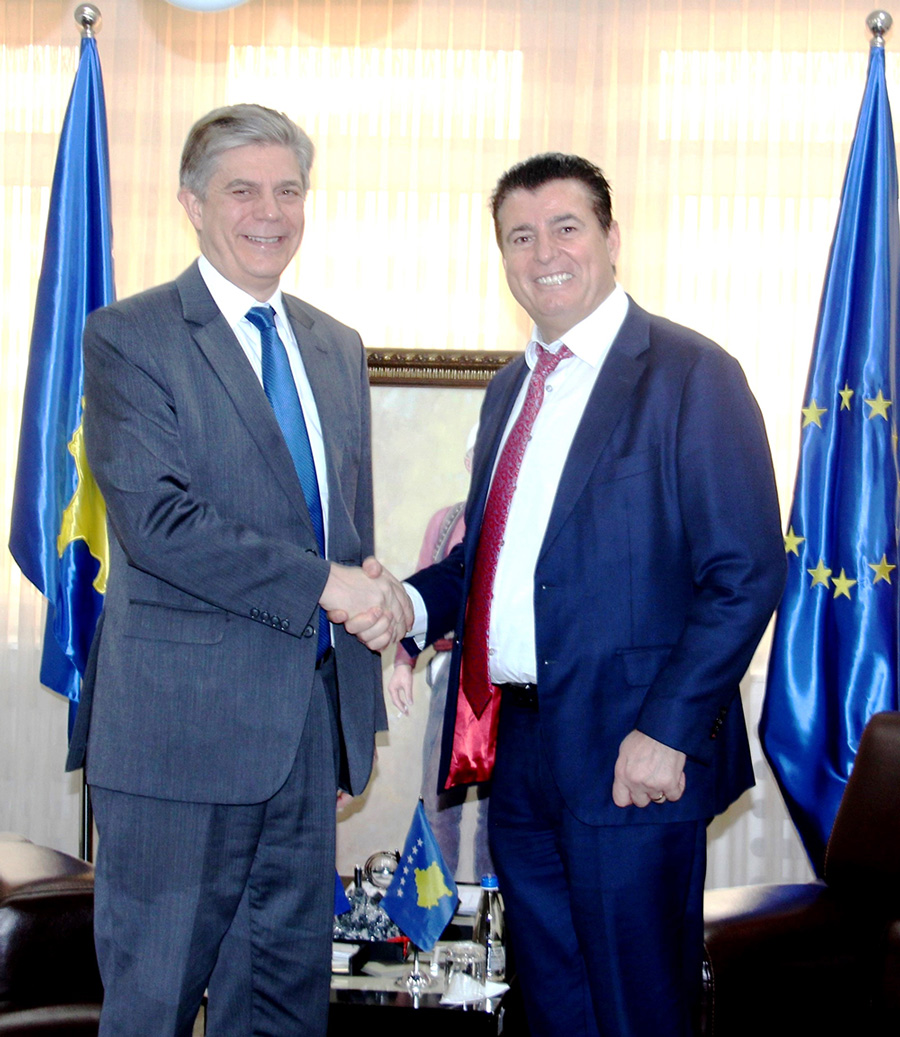 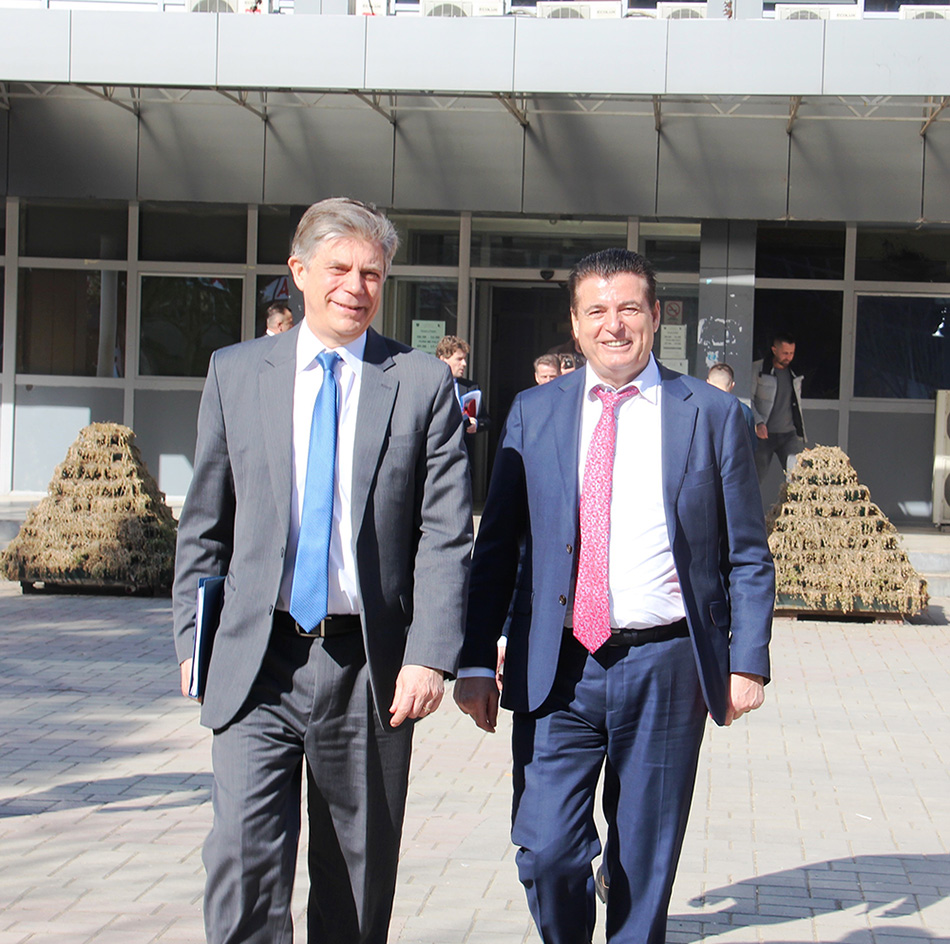 During the meeting with the Mayor of Mitrovica North, Goran Rakic, Head of Mission Wigemark said that EULEX will continue to play a supportive role by facilitating the cooperation among the police, the prosecution and the courts. The Mission is also promoting the implementation of the Justice Integration Agreement as well as other EU-facilitated agreements such as on Freedom of Movement and IBM. Head of EULEX Wigemark furthermore highlighted the stabilizing role of EULEX's Mitrovica-based Formed Police Unit, including as Kosovo's second security responder. Mayor Rakic said that ensuring a functioning justice system and maintaining security is in everybody's interest and commended EULEX's continued presence, including in the north of Kosovo. 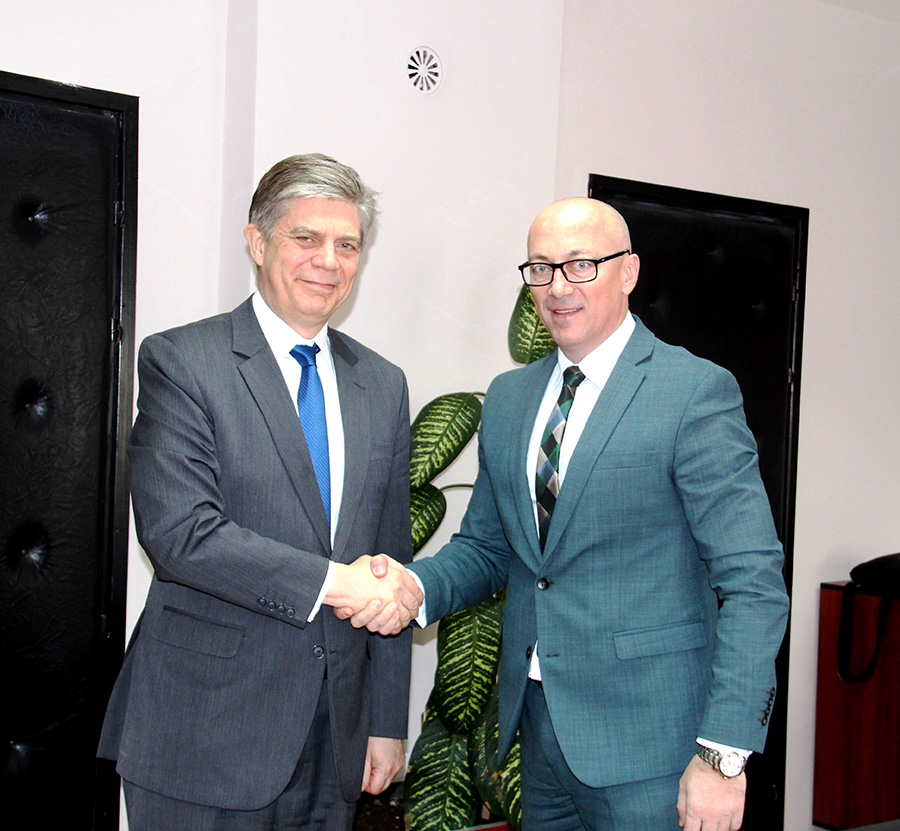 The EULEX Head also met with the Mayor of Zubin Potok, Srdjan Vulovic, to discuss the overall security situation in the area and assess the cooperation between the municipality and relevant law rule of law institutions at local and central level. They also exchanged views on the relations between the municipal authorities and international actors in Kosovo, exploring opportunities for increasing joint initiatives with EULEX. 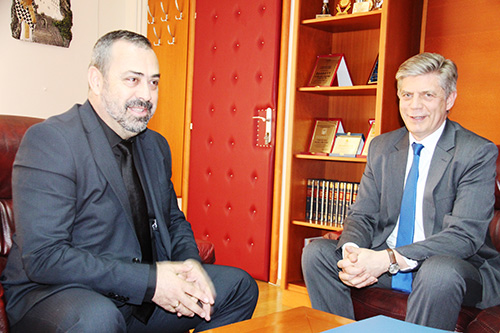 During the visit to the Mitrovica Basic Court, Head of Mission Wigemark met with the Courtâs President, Nikola Kabasic, and Head of the Appellate Court Division in Mitrovica, Milan Bigovic. Wigemark received a first-hand account of the state of play on the implementation of the EU-facilitated Justice Agreement, which EULEX directly supports through expert advice and facilitation. He commended the impressive progress made so far and agreed with his counterparts to look at how EULEX can further assist to address some of the challenges in this crucial rule of law area.

Wigemark also visited the Mitrovica Basic Prosecution and met with Chief Prosecutor Shyqiri Syla. The two interlocutors discussed the challenges faced and the results achieved by the Prosecution Office, including on a significant reduction in the backlog of cases. Syla briefed Head of Mission Wigemark on the process of integration of prosecutors and staff of all communities at the Basic Prosecution Office of Mitrovica, noting that it is an example of good integration and constructive interpersonal relations. Head of Mission Wigemark stressed the importance of ensuring access to justice to all citizens, regardless of their ethnicity, adding that EULEX will continue to help in the implementation of the Justice Integration Agreement. He furthermore stressed how EULEX would like continue supporting the work of the Mitrovica Prosecution Office through its robust monitoring of the entire criminal justice chain and is ready to address needs of this Office in the best possible way. 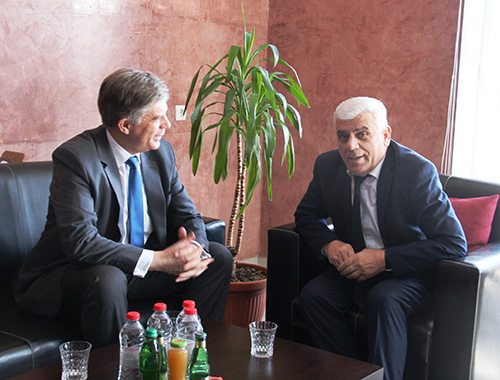 On 21 February, Wigemark visited the Mitrovica South Police Station and met with Regional Director Aferdita Mikullovci and her Deputy, Nysret Mehmeti. They discussed the overall security and rule of law situation in the Mitrovica area and the well-established cooperation between the Kosovo Police and EULEX. Director Mikullovci briefed Wigemark on the outreach activities of the Kosovo Police under her command, in particular to youth. 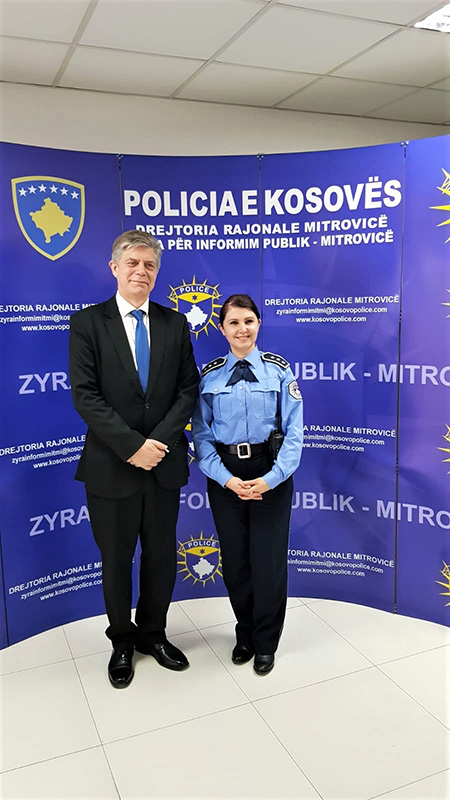 The Head of Mission then visited the Mitrovica North Police Station and met with Regional Director Nenad Djuric and his Deputy, Besim Hoti. Djuric briefed Wigemark on the situation in Mitrovica North, emphasizing how high unemployment affects the overall security situation and provokes petty crime. Wigemark and Djuric exchanged views on the work and challenges of the Kosovo Police in this area of Kosovo. Furthermore, they assessed EULEXâs ongoing support, focusing on EULEXâs advisory role with Kosovo Policeâs colleagues at the Region North Directorate and the four police stations under its command. 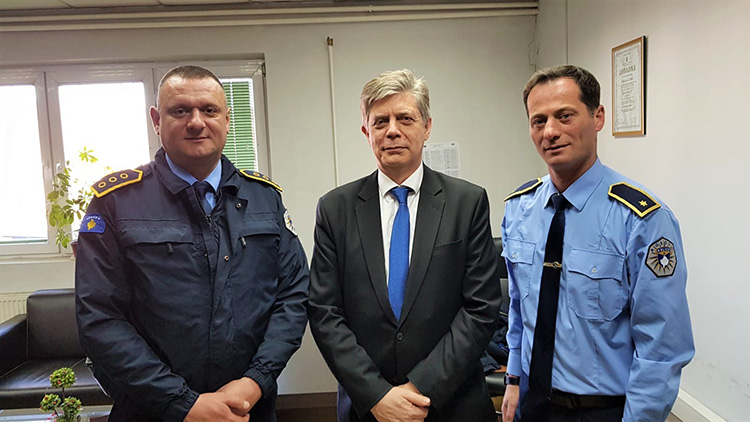 Concluding his two-day visit to Mitrovica and to northern Kosovo, Head of Mission Wigemark travelled yesterday to the Brnjak/Tabalije interim common crossing point (CCP), where he had the chance to meet crossing point officials from both sides and see the CCP in operation. He also visited the site where the EU-funded permanent CCP should be located, as agreed between Belgrade and Pristina.  Accompanied by EULEX experts, he was also briefed about the implementation of the IBM Agreement and Technical Protocol reached in the framework of the EU-facilitated Dialogue. 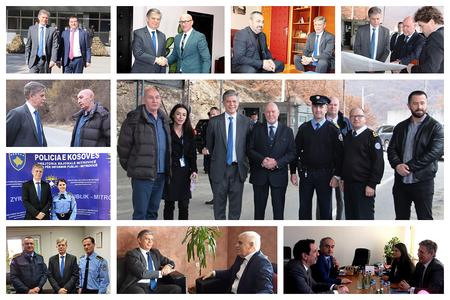 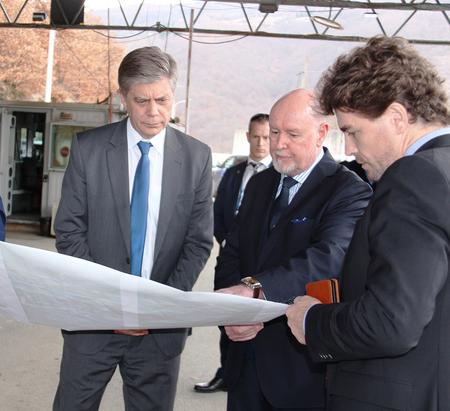 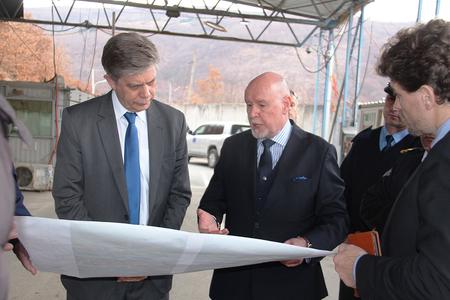 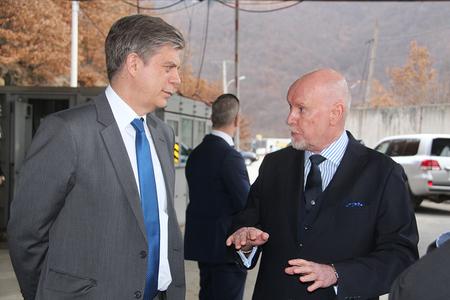