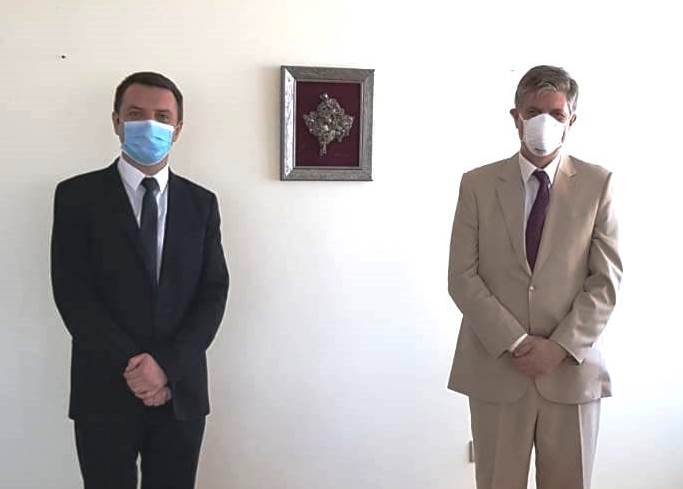 On 29 July, the Head of the European Union Rule of Law Mission in Kosovo (EULEX), Lars-Gunnar Wigemark, met with the Minister of Justice, Selim Selimi to discuss the rule of law situation in Kosovo and the impact of the coronavirus pandemic on Kosovoâs rule of law institutions.

During the meeting, the Head of Mission stressed that EULEX stands ready to continue to provide support, expertise and advice to its local counterparts at the Institute of Forensic Medicine to determine the fate of Kosovoâs missing persons.

Wigemark added that EULEX will continue to carry out its robust justice monitoring and will soon present the latest findings and recommendations of this work. They agreed on the importance to closely coordinate in taking forward major initiatives such as the Functional Review of the Rule of Law Sector and the revision of the Criminal Procedure Code.

Wigemark also confirmed the Missionâs commitment to further building the capacity of the Kosovo Correctional Service, including in drafting a Law on Correctional and Probation Services and on inmate suicide prevention. The Head of Mission commended the Ministerâs genuine efforts in the fight against domestic violence and agreed to explore how EULEX could further assist in this area within its mandate and means.